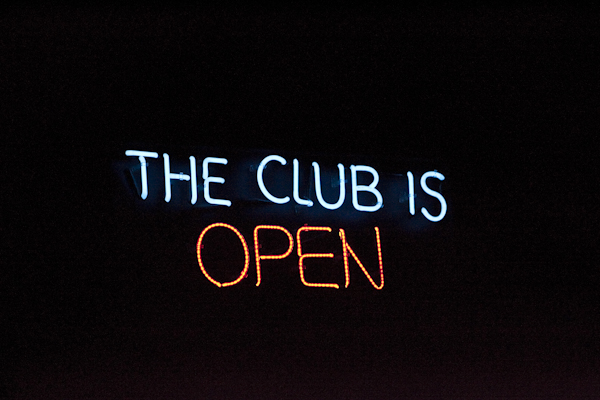 A sign that hung above the stage as Guided by Voices performed at First Avenue. Photos by Kathy Easthagen (Guided by Voices) and Meredith Westin (Surfer Blood, The Drums).

Commenters looking to construct narratives of cultural decline—a species never in shortage—would have found their tasks complicated if they’d attended the Guided by Voices show at First Avenue Tuesday night, then the Surfer Blood/Drums double bill at the Varsity Theater on Wednesday.

Guided by Voices are the kind of cult band adored by marketers, producers, and critics who will soon be trying to figure out the tastes and habits of a generation of hipster kids conceived to the band’s throbbing strains. Tuesday’s show was my introduction to GBV, reuniting with their “classic” mid-90s lineup after a six-year hiatus from having any lineup at all. I was told to expect endearingly rambling drunkenness, but though frontman Robert Pollard and his weathered bandmates put away plenty of beer and tequila onstage, the band impressed fans new and old with their focus, energy, and remarkable pants (in both senses of that word). They sang about not giving a fuck, but they manifestly did, banging through over three dozen songs with the righteous fire of men whose youthful indiscretions have—possibly to their own surprise—been validated as strokes of brilliance. 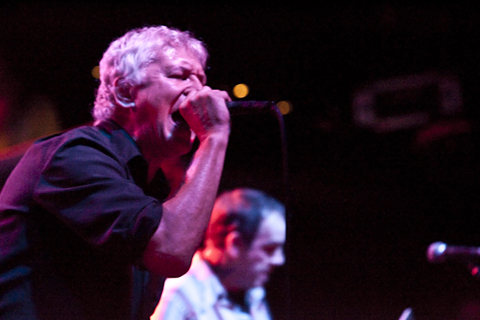 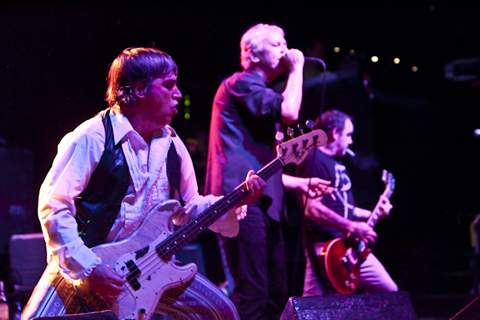 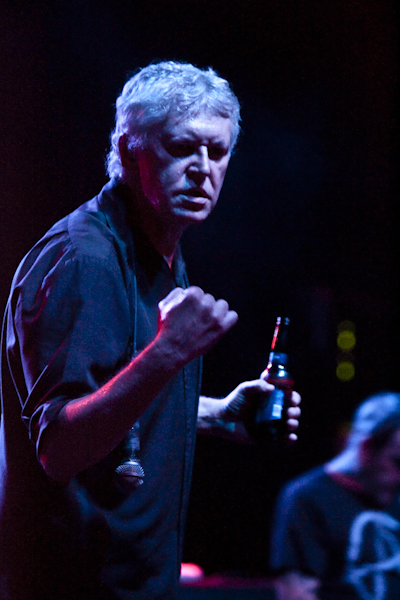 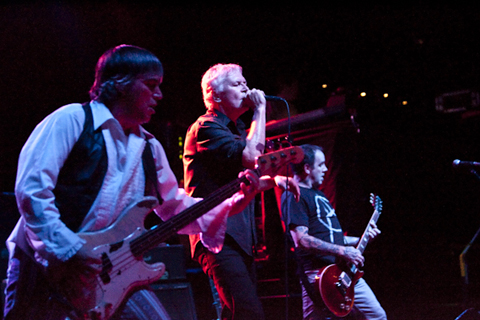 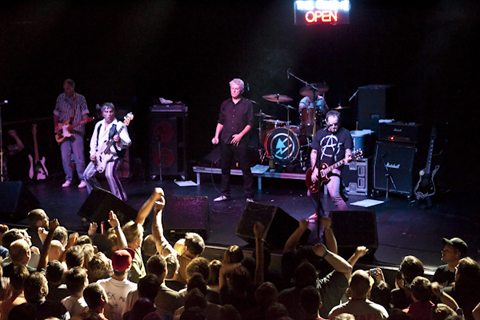 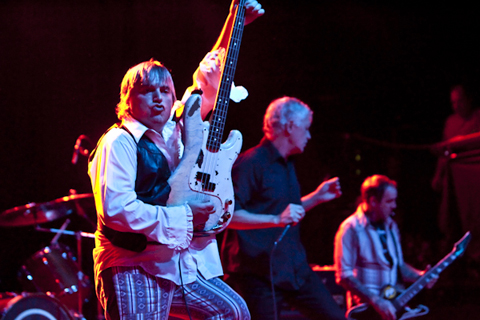 By contrast, the next night at the Varsity, The Drums and Surfer Blood were crisply professional. Both bands are inspired by the same hearts-and-brains-on-the-sleeves college rock scene that birthed GBV, but if you trace that scene in turn back to its origins in 60s garage rock, you realize that GBV ended up with the garage while The Drums and Surfer Blood are content with simply having the rock. The Drums float Jonathan Pierce’s moaning vocals over clean guitar lines and metronomic beats, and though in terms of pure musicanship they do their influences (the Smiths, Joy Division, Talking Heads) proud, they never manage to find a memorable melody or dramatic momentum. They’re a heartbeat away from being Clap Your Hands Say Yeah—which, coming from me, is a real compliment—but that heart isn’t beating yet. 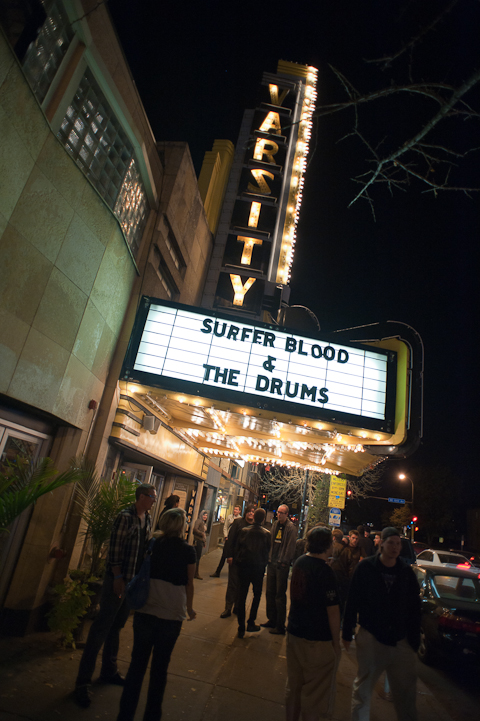 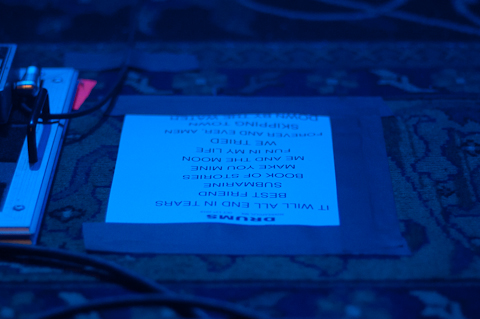 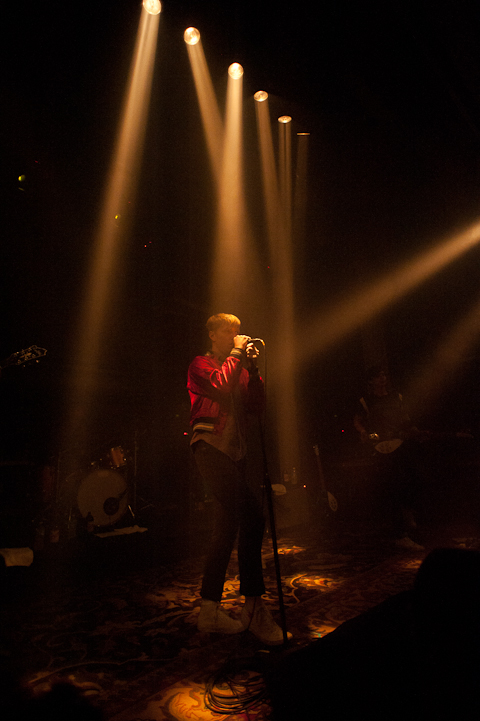 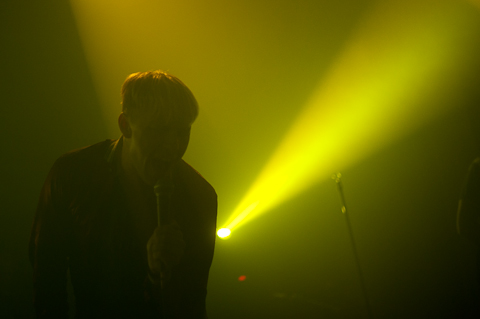 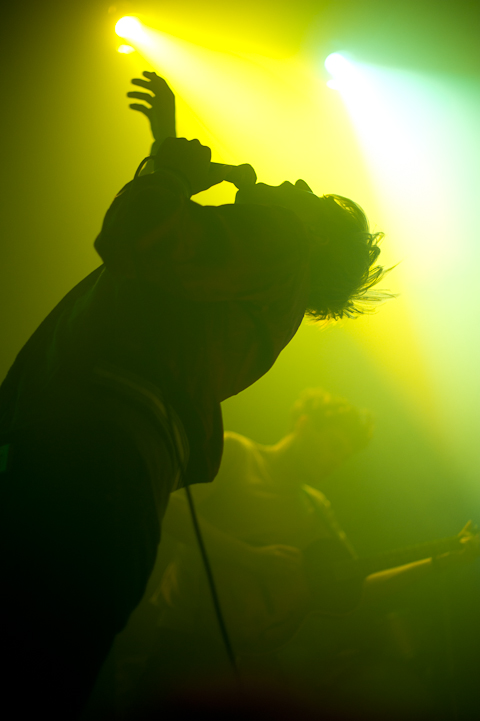 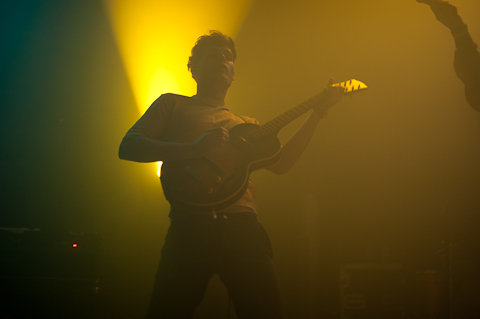 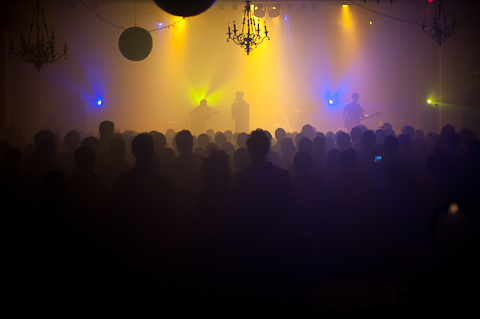 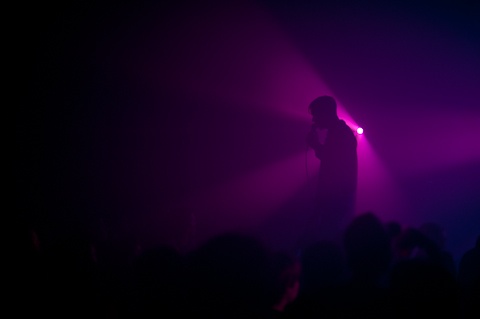 Surfer Blood cut an even tidier figure onstage, frontman John Paul Pitts scooting about the Varsity’s worn rung with tasseled loafers that he kicked up in precise rhythm, like your accountant brother-in-law listening to P-Funk after a couple of drinks. Surfer Blood have a knack for the spacious rhythms and complicated hooks of Vampire Weekend, but they can also roar into riff-rocking Weezer territory. Like the Drums, their foreheads aren’t yet alive with licks of flame from the Holy Spirit of Melody—but Surfer Blood have a lot to work with, and Pitts has the charisma and range to put the material across. 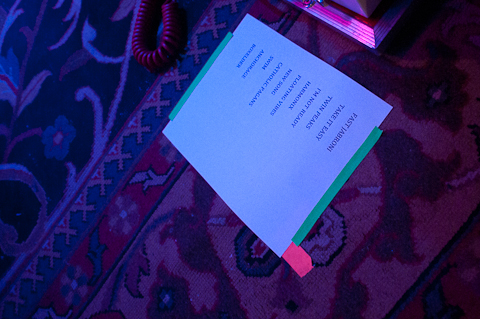 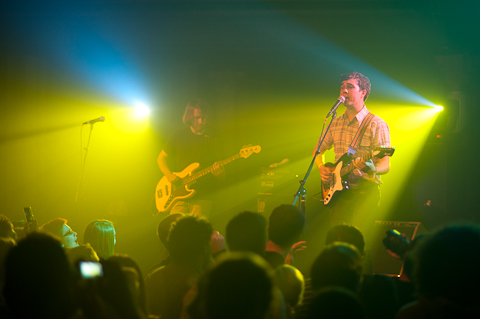 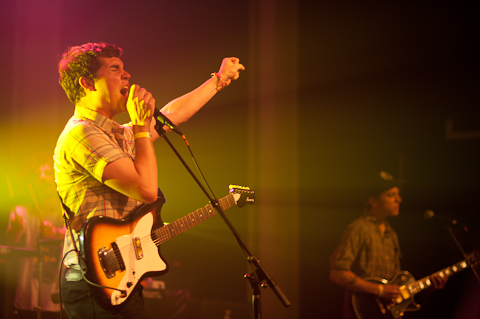 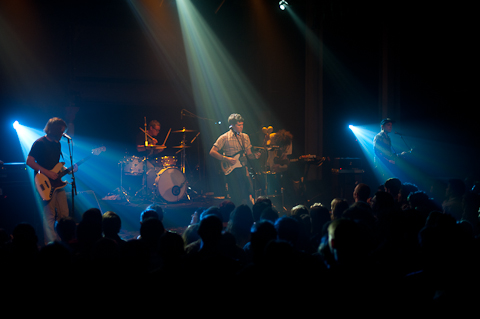 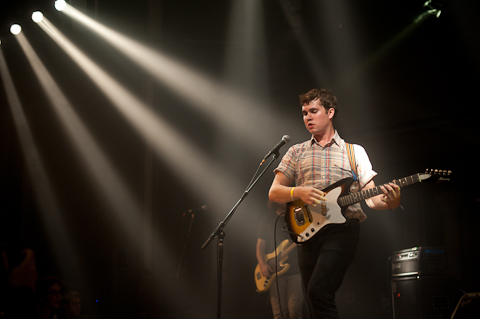 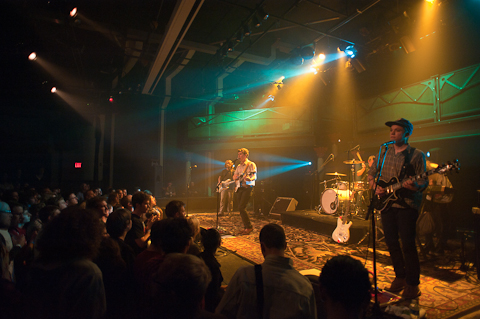 Will The Drums or Surfer Blood be the next GBV? Anything could happen, but it seems doubtful—both bands sound too polished too early, like a kid who brings a briefcase to fifth grade. (That was me, which may or may not support my point.) Both young bands are professional, courteous, and tight, but to make it in the end, you need unique gifts and the drive to use them. That fact was acknowledged obliquely by the fan who shouted out to the Brooklyn-based Drums with the most ironic statement of the year: “Yankees suck!” 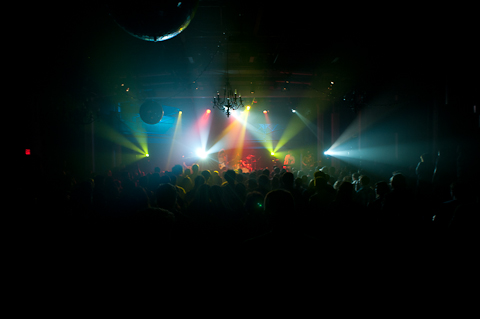