It had been over eight years since Nick Cave last played in Minnesota (the Bad Seeds played the State Theatre in April 2002), so as you can imagine, the anticipation and energy of the crowd at First Avenue on Tuesday night was incredibly high even before Cave’s current band Grinderman set foot onstage. I’d be lying if I said I liked Grinderman’s studio output as much as my favorite Bad Seeds records, but Cave and his Bad Seeds co-horts Warren Ellis (guitar, violin, percussion), Martyn Casey (bass), and Jim Sclavunos (drums) led the crowd through an absolutely blistering 85 minute set that was easily one of the most exhilarating shows I’ve seen all year. 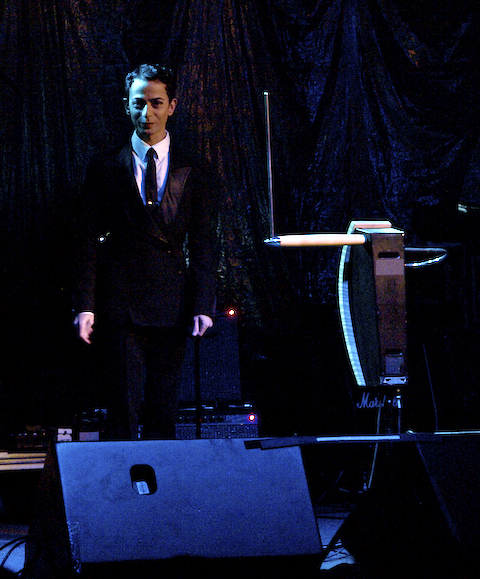 Armen Ra opened the show with a beautiful set of songs played on theremin along with a backing track. Dressed in an exquisite black suit, Ra’s tiny stature was certainly reminiscent of our own Prince. His material ranged from “Ave Maria” to the theme from The Godfather. He explained at the start that the theremin was not only the very first electronic instrument ever invented, but also the only instrument that you don’t touch to play it. I’ve seen the theremin used sparingly by various bands before, but nothing as gorgeous and melodic as Ra’s playing. 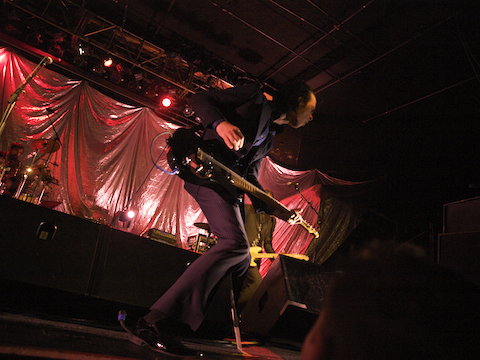 Grinderman has been an outlet for some of the most potent and heavy material of the 35+ year musical career of Cave, who’s now 53. That’s not to say the Bad Seeds or, especially, the Birthday Party don’t have their fair share of heavy music, but the overall energy, noise, and dirty lyrics of Grinderman are way more pronounced. Cave’s visual appearance the last couple of years has bordered on someone you probably wouldn’t leave alone with young children, yet his stage persona oozes coolness, with a boatload of sex appeal. It’s worth noting that there were nearly as many males in the audience fawning over Cave as there were females. 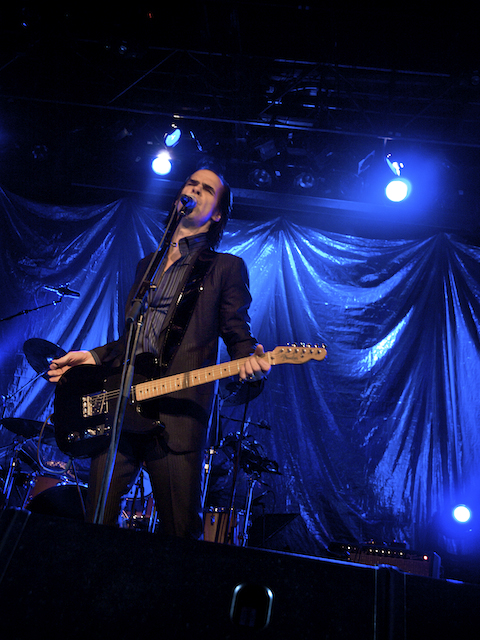 The band wasted no time getting the crowd going, opening with “Mickey Mouse and the Goodbye Man” off of their latest album, simply titled Grinderman 2. The majority of their main set was material from the new album, with the most notable exceptions being “Get It On” and “No Pussy Blues,” the latter of which was way more primal and crushing than the already harsh studio take. Cave prowled back and forth across the entire length of the stage, engaging with the audience and playing guitar and keyboards only sparingly. The other three musicians held down the fort just fine, however—especially Ellis, whose mad scientist appearance and approach to playing his instruments was quite the sight to behold. Yet with all of his manic dancing and gesturing, he never overshadowed Cave’s magnetic personality, and only added to the chaos. 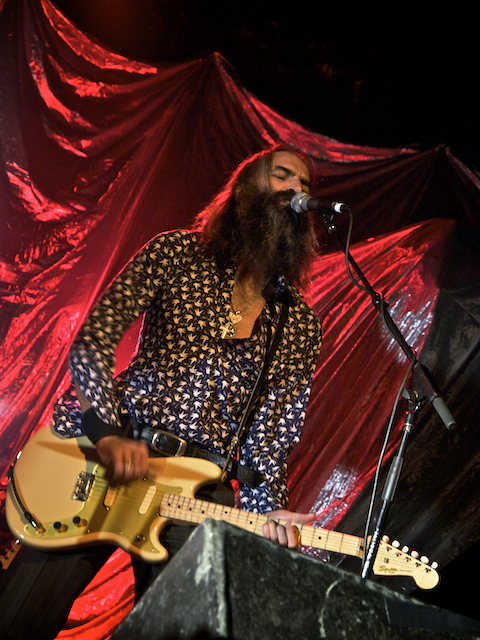 After a quick four-song encore of songs solely from Grinderman’s 2007 debut album, the audience was certainly fulfilled, yet still you could tell they were still craving just a bit more. Luckily for us, recent news has it that Nick will be putting out another new Bad Seeds album (the follow up to 2008’s incredible Dig, Lazarus, Dig!!!) in 2011, and I’m sure I speak for everyone at First Ave on Tuesday night when I say that we hope he comes back to Minnesota next year. 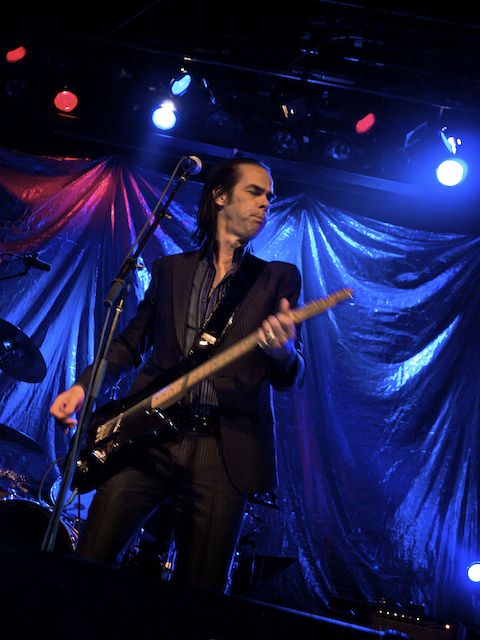