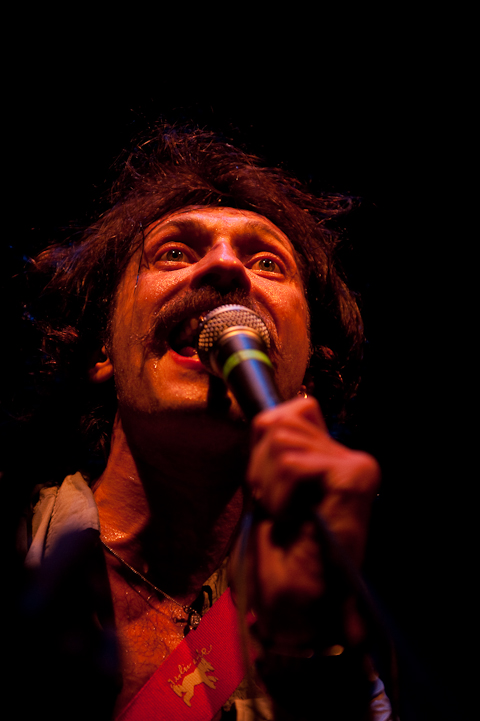 Self-proclaimed “gypsy punk” rockers Gogol Bordello and DeVotchKa, who also bring a raucous rock sensibility to trans-European folk music, are an irresistible double bill—or so they proved to be for two packed nights this weekend at First Avenue. I attended the first of the two shows, on Saturday; photographer Meredith Westin was at the Sunday show, which also featured opener Jesse Malin.

Even the First Ave security seemed to be in a good mood on Saturday night as Gogol Bordello played a typically unremitting set of jubilant party music; the men on the front line sprayed the moshing masses with water and pulled crowdsurfers down quickly but gently. Much of the set comprised new material from Gogol Bordello’s forthcoming album Transcontinental Hustle, and the new songs sounded great. If producer Rick Rubin is to tame the group’s sound on record (as he’s been accused of doing with acts including Johnny Cash and the Avett Brothers), no taming was audible on songs like “Break the Spell,” which the crowd received as warmly as favorites from earlier albums. No band members crowd surfed on Saturday (unlike the following night), but frontman Eugene Hütz and other band members spent about as much time as possible at the very front of the stage, reaching out to grab sweaty hands and share the love.

DeVotchKa also pleased, and not only because of the scantily-clad acrobats who performed above the crowd during a portion of the band’s set. The band’s warm music lies between the frenzied sound of Gogol Bordello and the chamber pop of Beirut (the band, not necessarily the city). Though some Twitterers reported being bored by the band, I was pleasantly surprised by DeVotchKa’s accessible sound and the powerful voice of singer Nick Urata. By the time the band’s Theremin and tuba were in duet, I was completely sold.

Unfortunately I didn’t have the opportunity to see Jesse Malin perform, but Meredith—noting that Malin went on only ten minutes after the venue’s doors opened—says that he “played enthusiastically for a nearly empty First Ave. Covered [the Replacements’] ‘Here Comes a Regular’ and called it one of the most beautiful songs.” 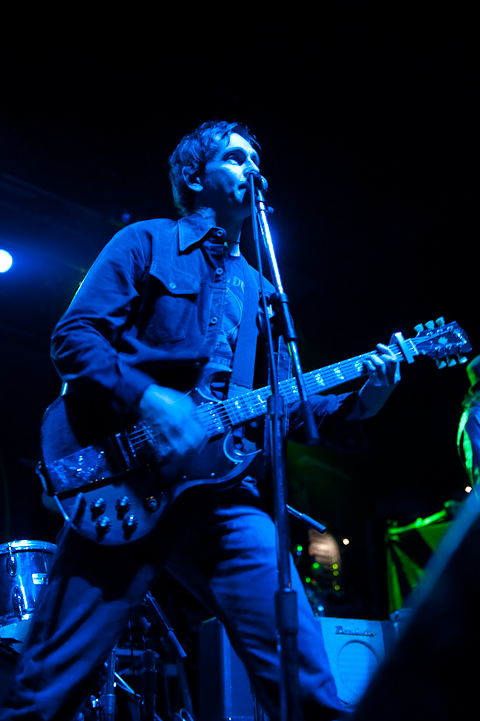 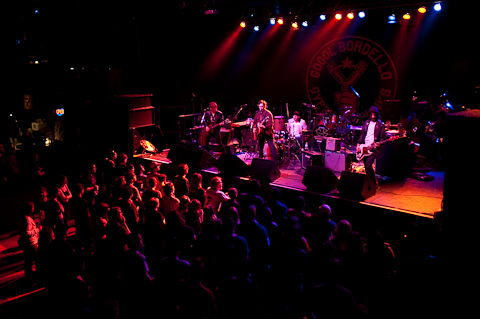 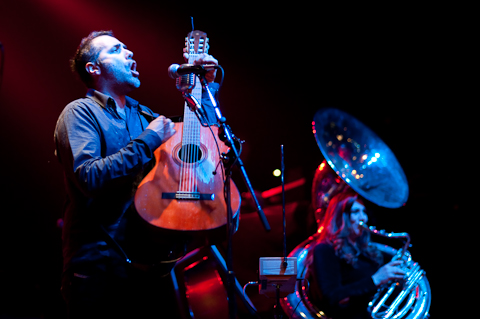 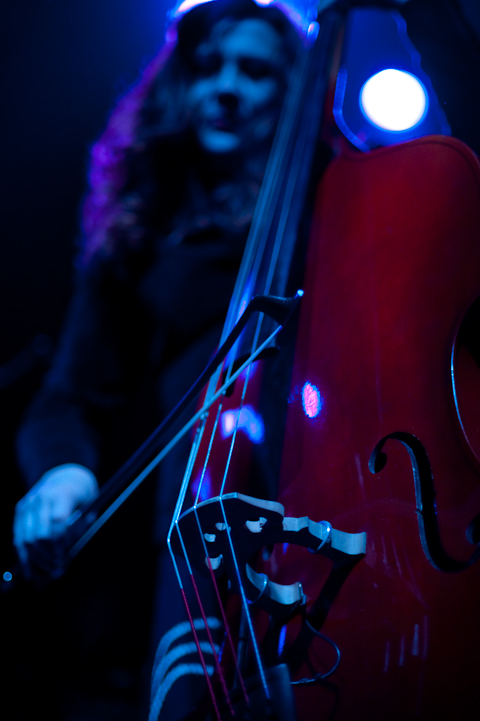 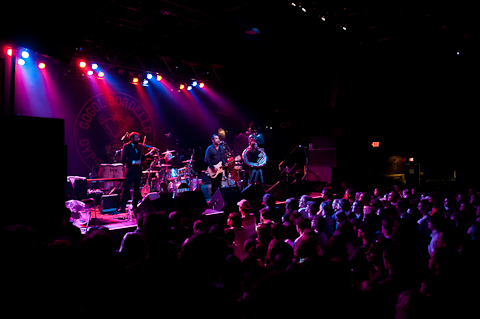 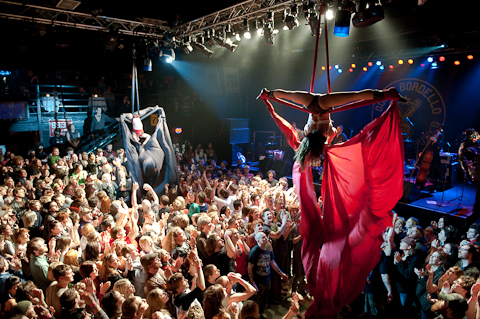 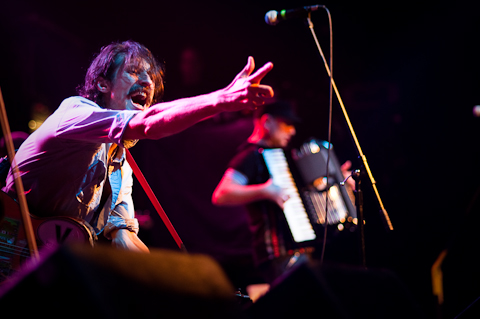 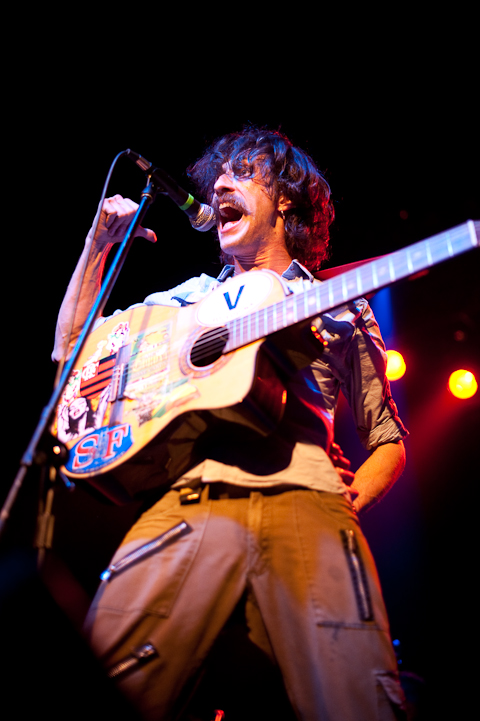 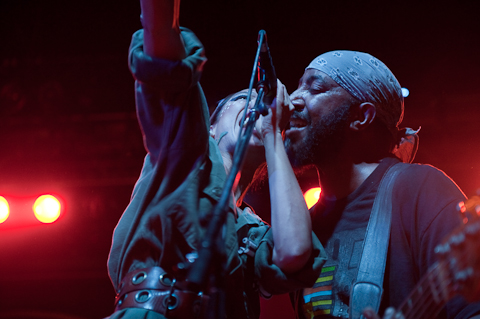 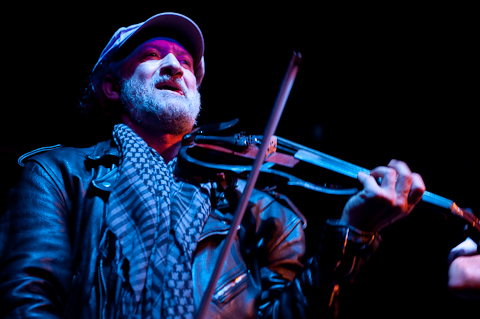 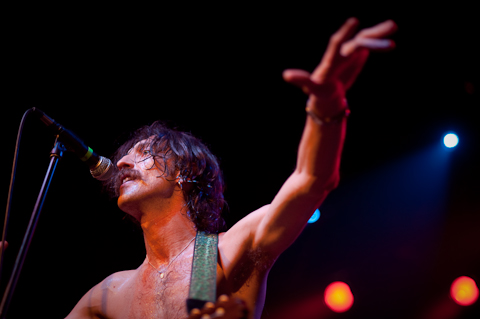 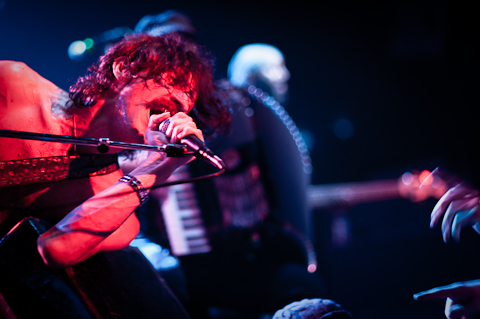 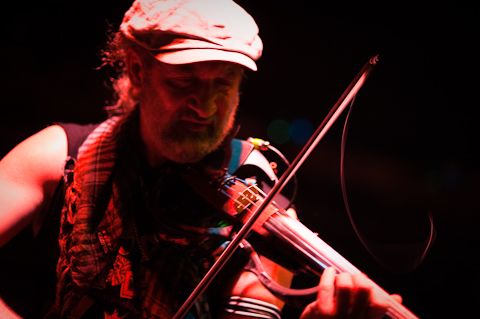 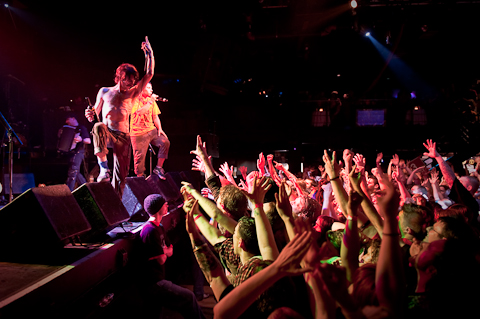 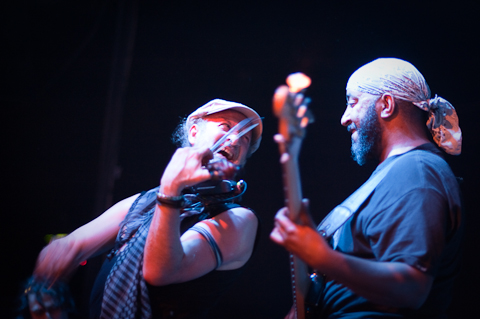 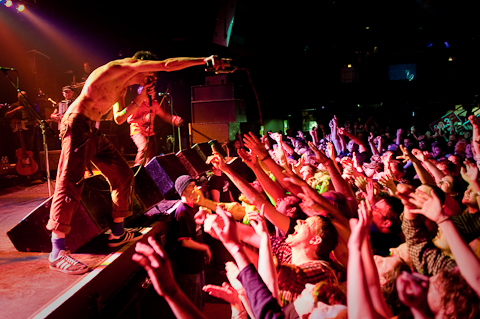 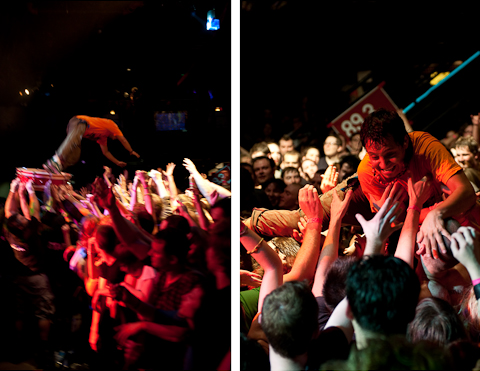 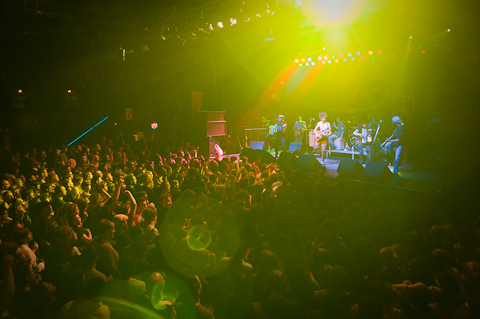