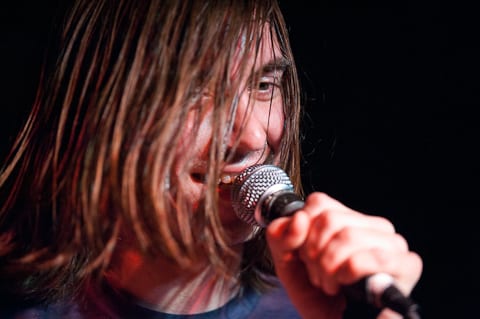 It always seems like a slight miracle when a band puts on a fantastic show at the 400 Bar and the ground doesn’t cave in. The venue is small enough for you to be among a closely-knit audience, but big enough to pack in a sufficient number of stomping legs to make the floor feel like it’s bouncing up and down three inches below your feet. During Thursday night’s Free Energy show, the legs and fists were pounding as enthusiastically as I’ve ever seen them: this is a band who knows how to energize their audience.

When I spoke with lead singer Paul Spangers last month, he stressed that Free Energy’s ability to make a connection to the audience from stage is what fuels their passion and makes them a success. It was clear on Thursday night the connection is already there. I thought the show might lose steam after they played “Dream City” and “Free Energy” within the first three songs of their set, but the audience seemed just as familiar with—and energized by—the other material on their 10-song debut.

It appeared most in the crowd were not new to the Free Energy experience: after all, they’ve played in the Twin Cities over half a dozen times this year already. I myself have only seen Free Energy play one time before, at their Triple Rock show with Titus Andronicus two months ago, but recognized this show followed a very similar style and pattern. Sprangers high-fived members of the audience before passing the mic to them; guitarists Geoff Bucknam and Scott Wells riffed and guitar-solo-ed with big smiles on their faces, and in many moments, the band looked and sounded like they had come right off a time machine from the 1970s. (Which is maybe why there were more older folks in the crowd than at most 400 Bar shows).

Beyond capturing the adoration of their audience, Free Energy are beloved by their tour mates. In both shows the other band on the bill (this time Canada’s Hollerado) watched Free Energy with enthusiasm from the side of stage, jumping in to sing with them on mic or bounce around in the back on a few songs. It was heartening to see Hollerado still so enthused by the music after being on the road with Free Energy for a month and a half: they clearly dug the band as much as everyone else did.

The two bands teamed up for a couple covers Free Energy played with Titus on the last tour: Bruce Springsteen’s “I’m Goin’ Down” and Neil Young’s “Rockin’ in the Free World,” which ended the three-song encore with about 30 audience members on stage. I think the audience was generally happy to have seen about the same show as they had seen times before, but Sprangers made a point of telling us that next time they come back, they’ll be bringing more new material.

Opener Hollerado were champs, diving in to a rousing set only 20 minutes after arriving at the 400 Bar. Both bands said they had a rough day, having been stopped and searched at the Canadian border that afternoon (if I were a Canadian border patrol I would probably search Hollerado’s van too). Despite arriving at the venue an hour after they were scheduled to go on the stage, they didn’t let the hiccup affect their performance. Songs like “Americanarama” warmed up the pumping fists and stomping legs for Free Energy, complementing the show’s overall mood and style. The night was exactly what you’d expect from a Free Energy concert: a good-spirited party almost rousing enough to cause the floors to cave in. 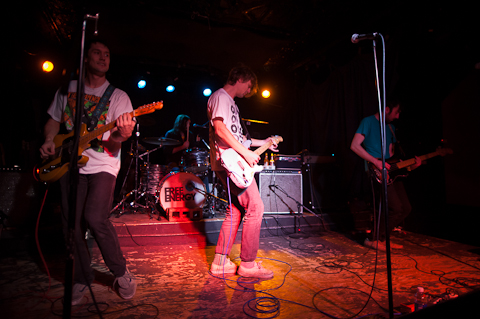 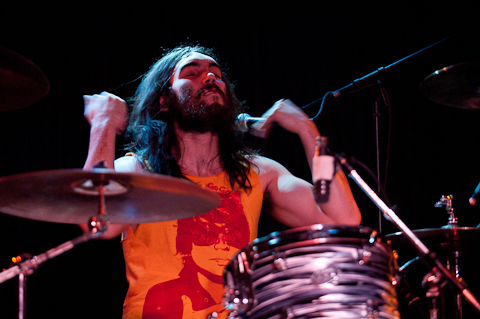 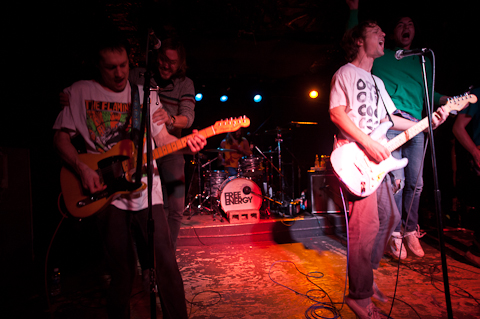 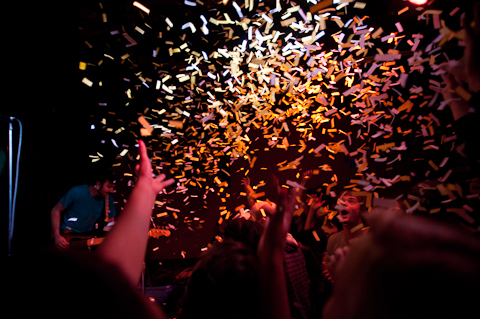 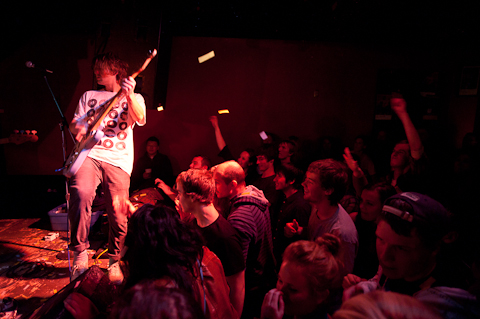 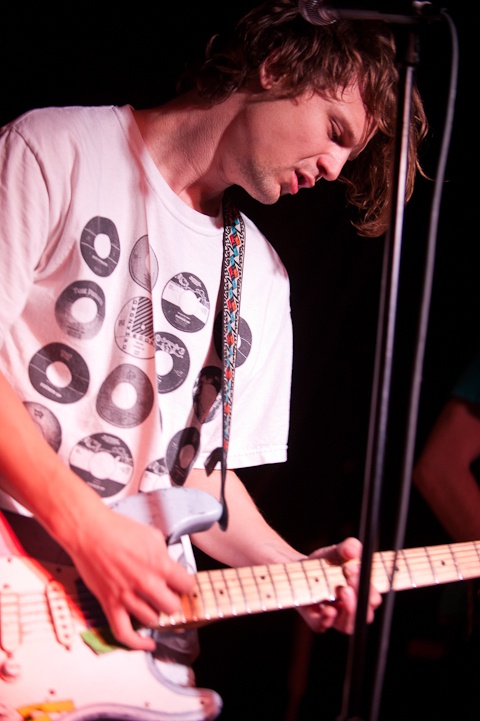 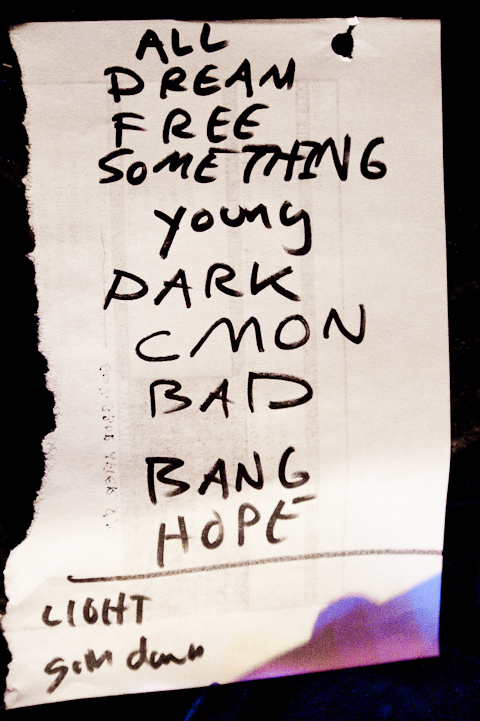 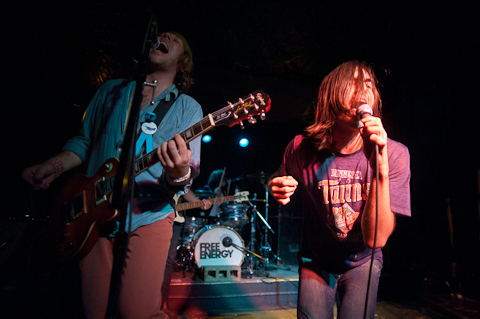 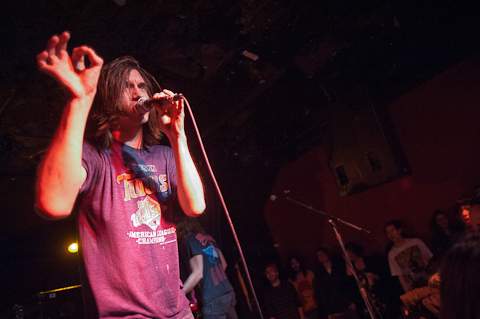 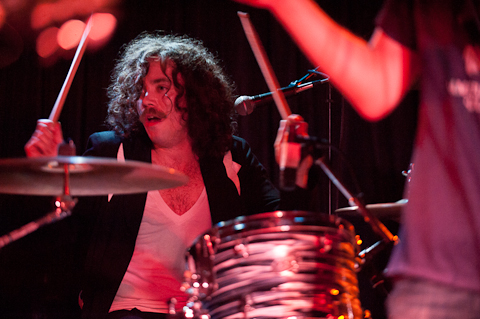 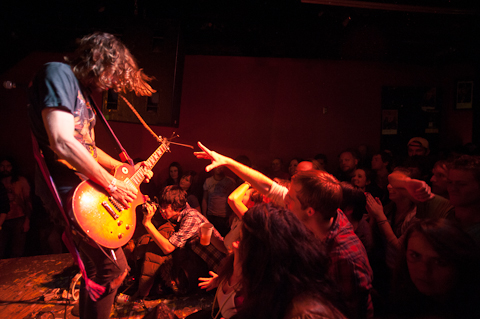 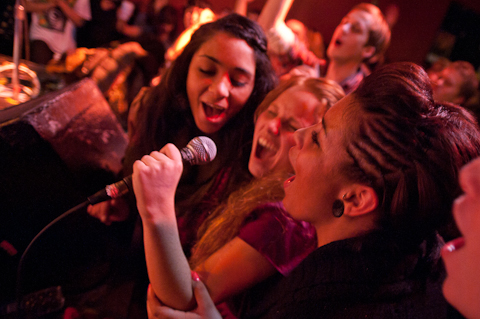 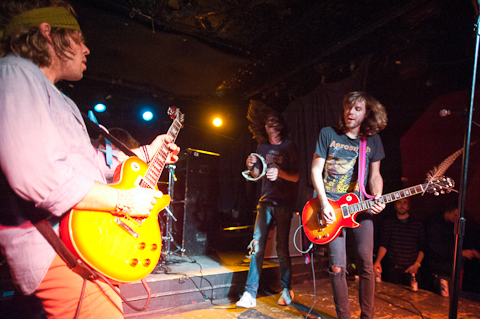 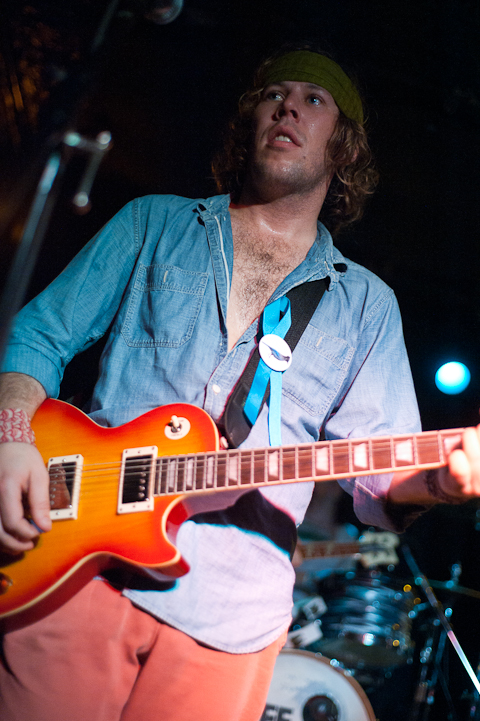 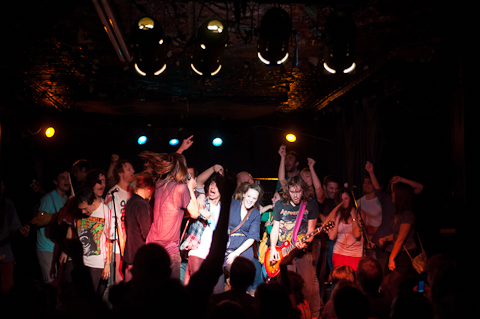 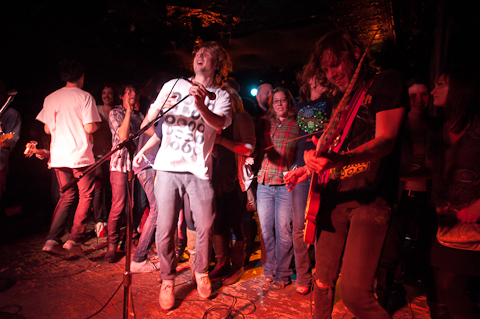