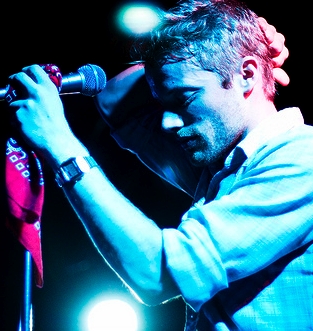 Astronautalis (below, with POS). Photos by Jon Behm.

Seattle emcee Astronautalis is spending a few weeks in the Twin Cities to work on a long overdue collaboration with local Doomtree star POS. To kick off his visit, he played a packed-house performance on Sunday night at the 7th Street Entry. The gravel-voiced rapper shared the stage with members of local band Me And My Arrow (longtime friends of his), as well as surf-tinged rock outfit Speeds the Name, who opened the show.

Astronautalis is the nom de guerre of Andy Bothwell, a hip-hop artist whose raspy delivery and bluesy themes place him closer to Tom Waits than to most of his rap contemporaries. With Me and My Arrow backing him, Bothwell gave a more sweet-natured performance than usual, with the band’s guitar, cello, and keys fleshing out the sound nicely. Though Bothwell mainly rapped, he also tried his hand as a balladeer, singing a few melancholy love songs as well as some barn-burning rock.

Throughout the set the energetic emcee stalked the stage (at times venturing into the audience) and constantly cracked jokes about “Minnesota nice” while simultaneously declaring his love for the state. During one of the emcee’s freestyle numbers (for which Bothwell took suggestions from the audience and spun them into rhyme) it somehow came out that he was a devotee of the late Minnesota-made cult TV show Mystery Science Theater 3000 and “worships” show creator Joel Hodgson. Bothwell also apparently found fans in Atmosphere’s Slug as well as DJ Mr. Dibbs at Soundset last year, giving him an enormous amount of local (if not national) credibility. That cred was set in concrete when POS emerged to join the emcee onstage for “Handmade Handgun,” bringing down the house and everyone in it. Astronautalis may be an out-of-town artist, but at least for the few weeks he is spending here he is very much one of the Twin Towns’ own sons. 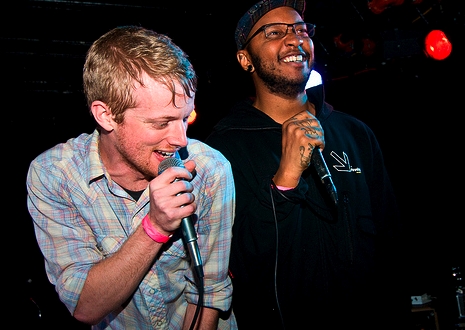