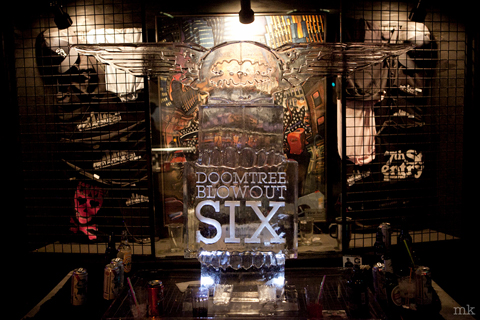 As though to flaunt their fearlessness in the face of the looming snowstorm, the Doomtree hip-hop collective greeted the Friday night crowd at First Avenue with a three-foot ice sculpture of their logo, enscribed doomtree blowout six.

In the case of Doomtree’s annual concert at First Ave, the term “blowout” is justified hyperbole. The five MCs (Dessa, Mike Mictlan, Cecil Otter, P.O.S., Sims) and two DJs (Lazerbeak, Paper Tiger) who constitute the Minneapolis group worked the crowd for hours on their specially-built thrust stage, playing Doomtree songs and dipping into the artists’ growing solo catalogs. Surprise guests who took the stage over the course of the evening included singer Maggie Morrison and producer/instrumentalist Ryan Olson.

Tickets remain available for Saturday night’s reprise, seemingly the one cultural event in the Twin Cities that hasn’t been cancelled due to the snow. Doomtree are unstoppable. 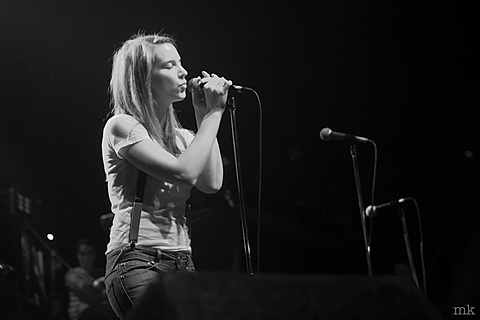 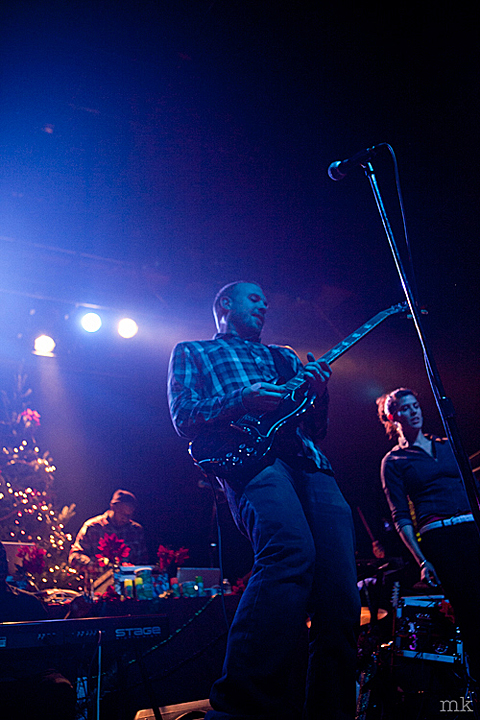 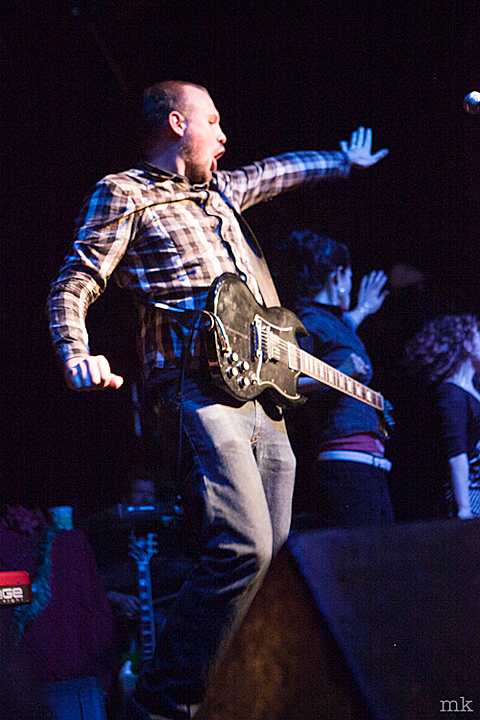 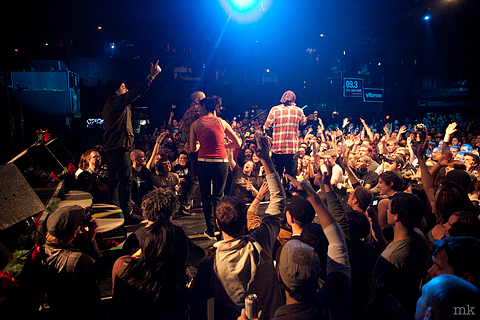 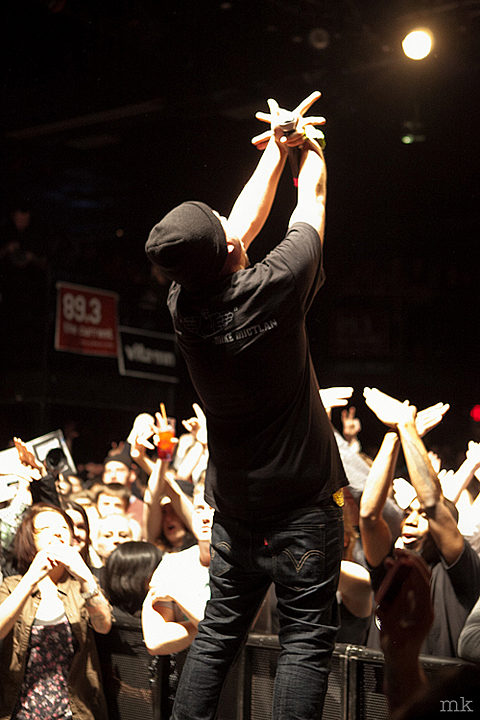 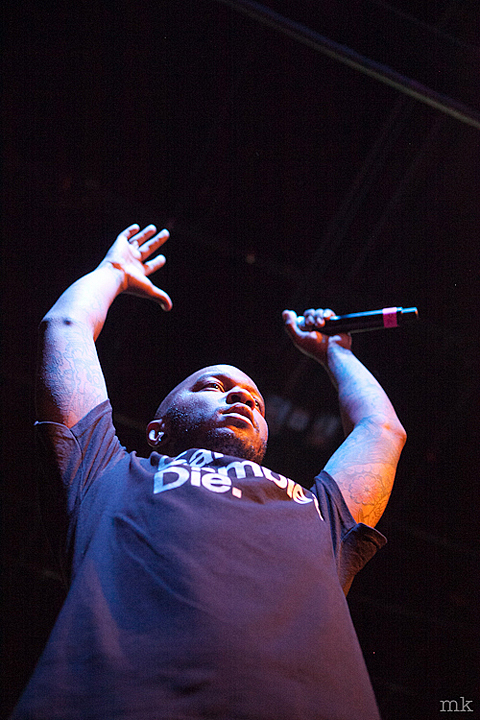 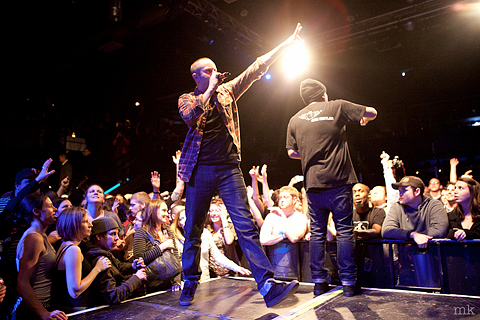 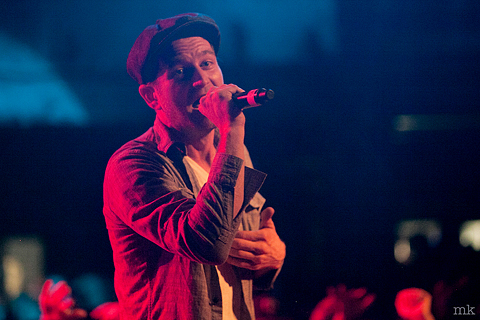 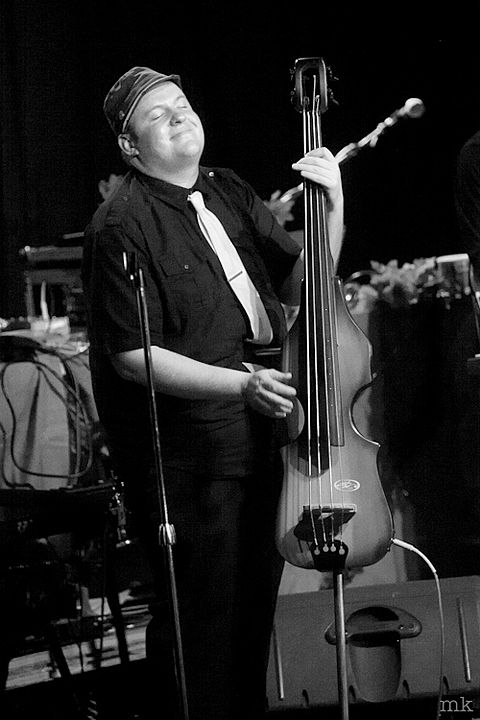 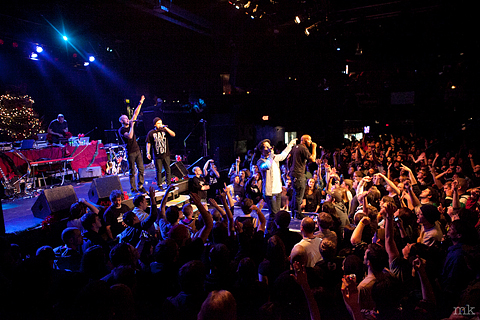 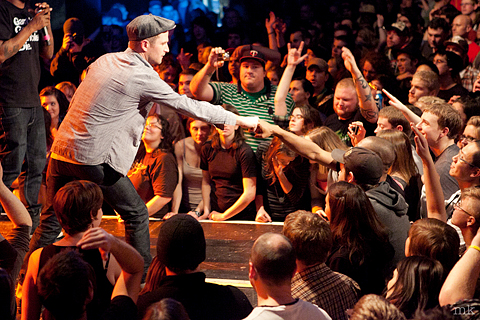 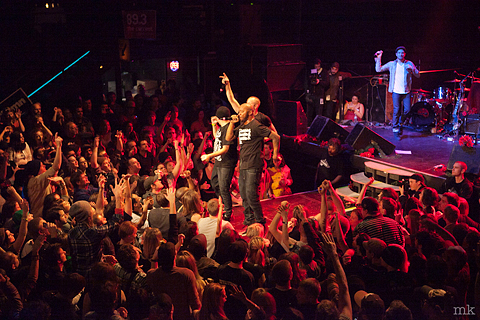 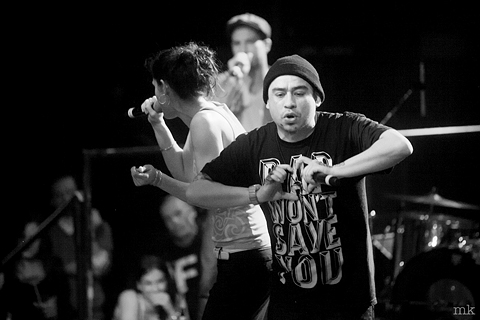 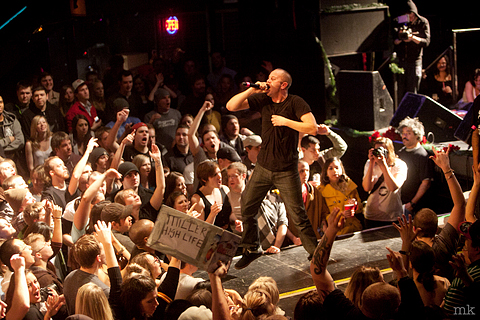 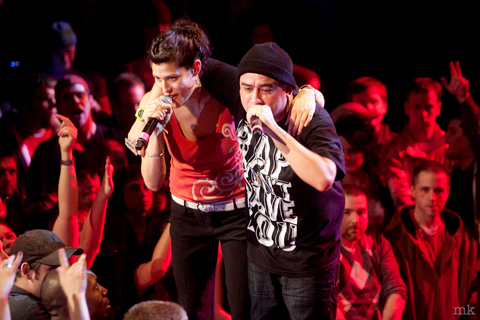