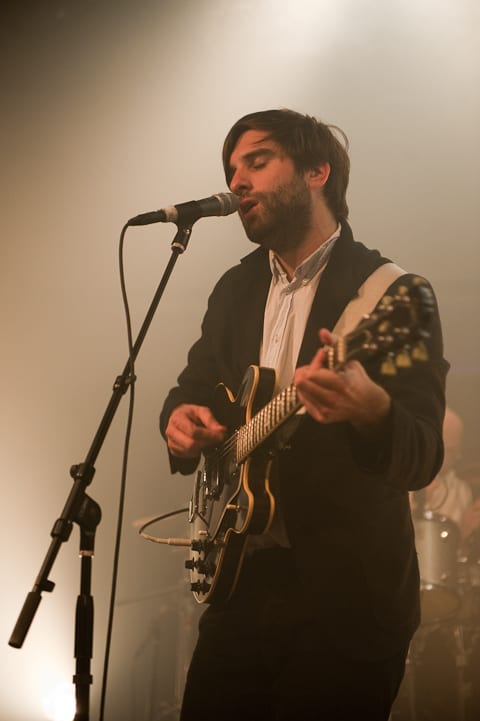 Shout Out Louds performed Tuesday night at the Varsity Theater in support of Work, the band’s third album. The band is touring without bassist Ted Malmros, who is back home awaiting the birth of his child. I spoke with frontman Adam Olenius before the show.

“There’s many different reasons why we call [the album’ Work,” Olenius said. “First of all, we are very much involved in everything we do. We do our own covers, videos. At the same time we thought about that, Irving Penn, the photographer, passed away last year. [He] did a book about old jobs that had disappeared. I can’t rememember what the exhibition was called, but how we are really proud of what we do and take this seriously. And in the beginning when you’re a debut band, it’s still fun, but it could end at any day. But now, we really want this to work, we really want this to go on for a long time. And also, a piece of work you see as a romantic thing, [a] work of art you create, shut off the rest of the world and focus on this one thing. At the same time, the title also came from a song by Loud Reed and John Cale—they did a record dedicated to Andy Warhol called Songs for Drella—how Andy sings that you work hard to get what you want, you know. So, many different reasons.”

Work is the band’s first album released on Merge Records. Labelmates Freelance Whales opened for the band at Varsity, and will do so for several other dates. The last time Shout Out Louds played in Minneapolis was back in 2007, in support of Our Ill Wills. Olenius said the Swedish band have enjoyed being back in the States.

“This tour so far has been really, really good,” Olenius said. “I think it’s been the best so far. It seems like we toured quickly after the second album came out here, so people hadn’t heard it before. They came to our shows, you could sort of sense that a bit [that they weren’t familiar with the material] but now we sort of waited a while, and the older stuff has been going great as well, so it feels really really great. We’ve been out for about ten days, about two weeks. Everybody’s tired and it’s raining and it’s cold in Minneapolis, but I think it’s been one of the best [tours] so far.”

The show started off with “1999”—a new track, not the band paying homage to Prince. Shout Out Louds briefly broke into a cover, though, later in the set, during “Very Loud,” while playing the breakdown on woodblocks, with “Walk Like An Egyptian,” which has a similar beat. Olenius repeated the lyrics “Walk like an Egyptian” twice before returning to his song. The band performed “Come Back,” which was the big hit from their first album, as a lead up to “Fall Hard,” the big hit from their new album—another well-crafted moment in the set, proof that Shout Out Louds put a lot of thought into what they do.

The band incorporates an array of instruments into their repertoire, making it a thrill to watch the band members put them all to use. Olenius switched among tambourine, guitar, and wood block, as did other band members. Bebban Stenberg took turns rocking out on the keyboard and Moog.

Shout Out Louds began their encore with “Impossible,” one of the best songs on Our Ill Wills. As expected, they ended with “Walls,” but not just because it is the current single from Work. “Walls” is a track that marries the orchestrated sound of Our Ill Wills with the simplicity of Howl Howl Gaff Gaff or Work. The song starts off slowly, gradually building momentum until its powerful end, with lyrics including “Whatever they say/ we’re the ones building walls/ whatever they say/ never trust anyone/ so run away/ run run run run.” It felt like Shout Out Louds were embracing their fans, just before sending them off into the night. 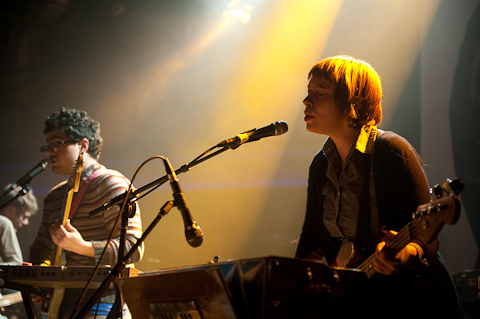 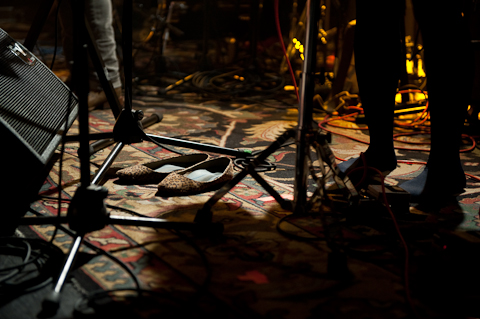 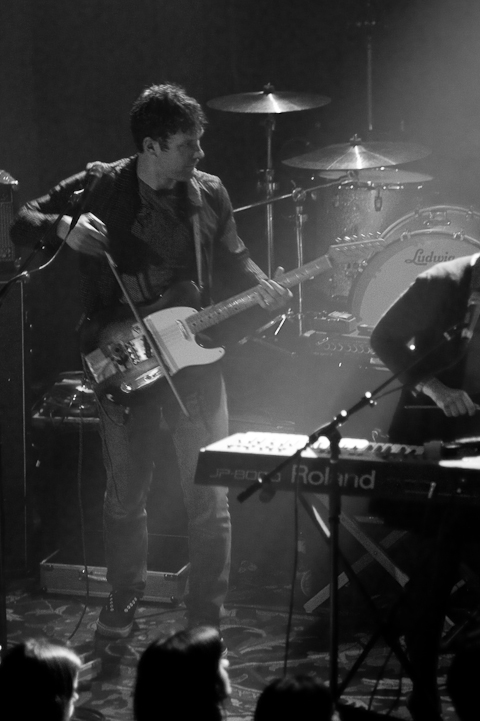 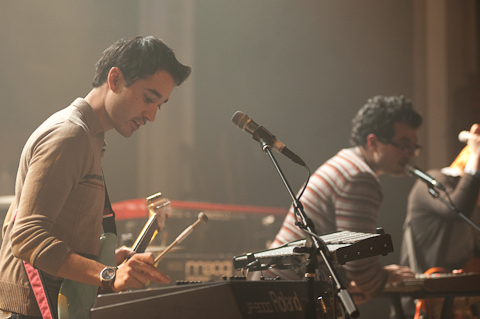 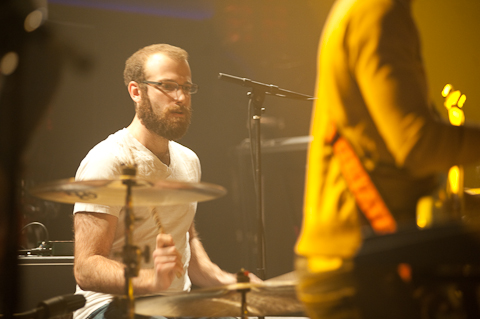 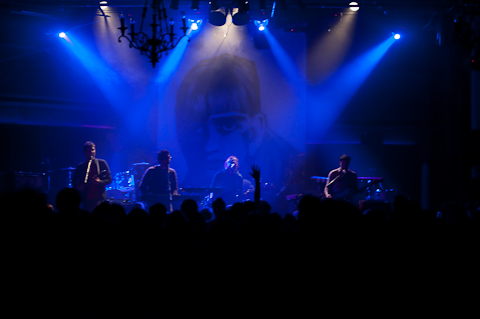 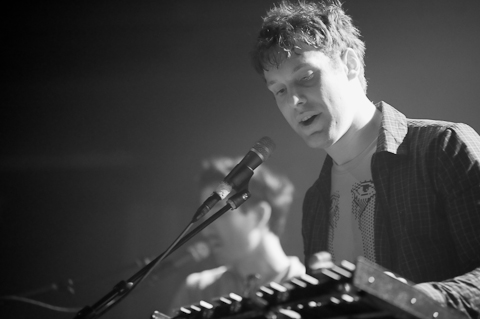 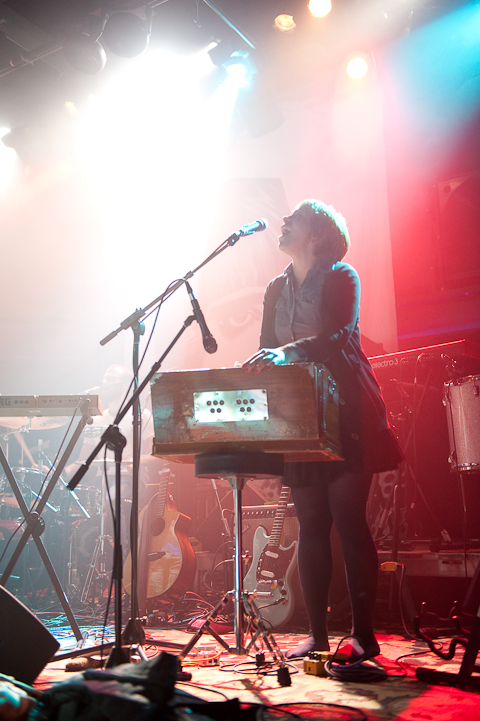 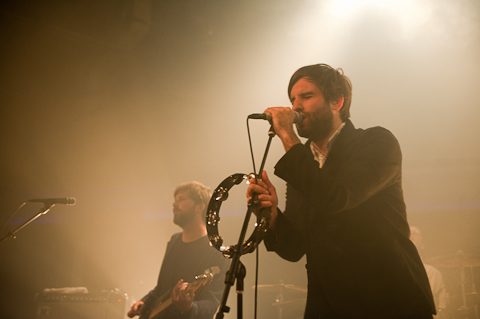 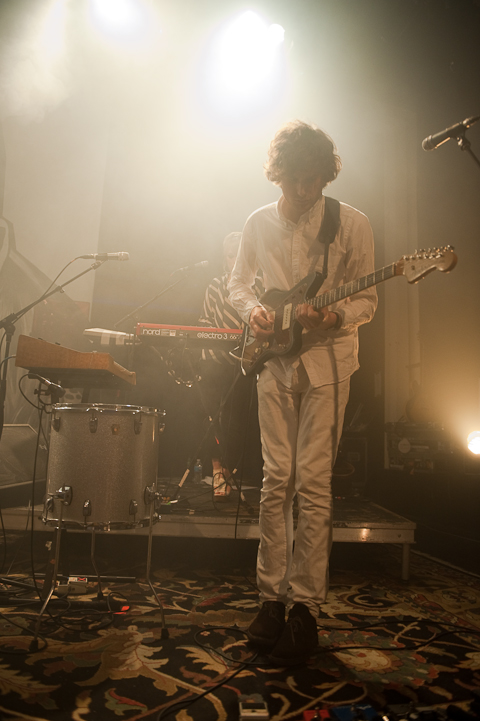 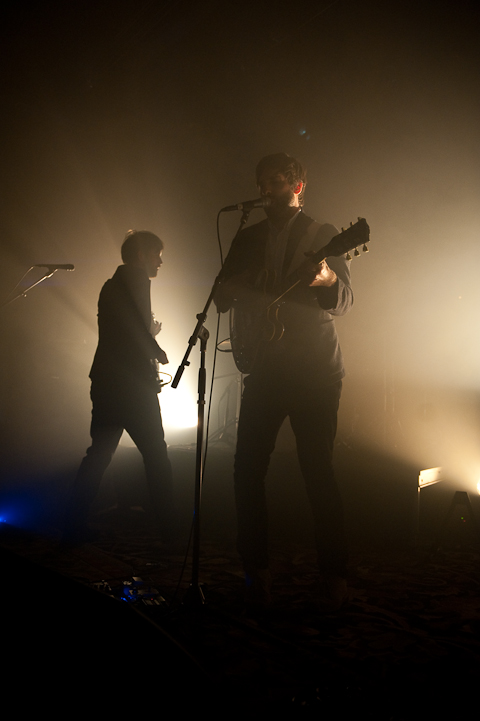 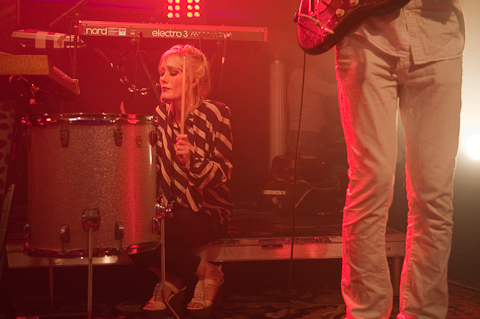 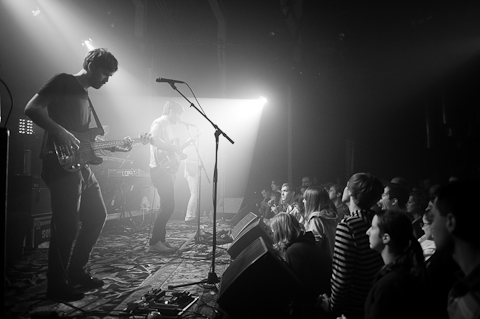 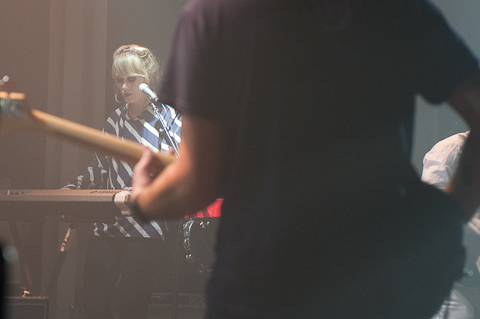 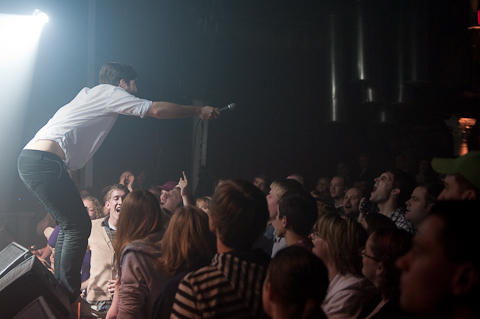 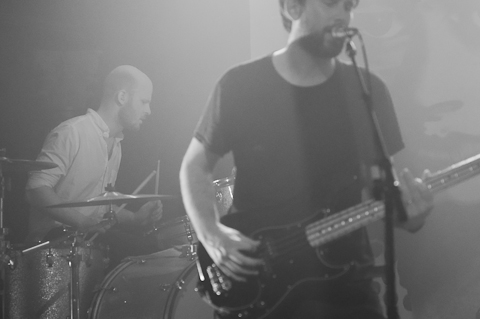