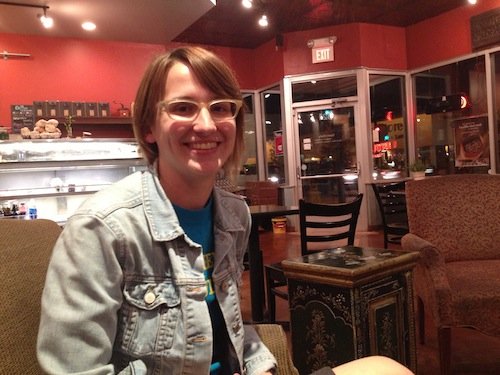 When Dana Hanson was a junior at the University of Iowa, she began to consider going into teaching. Though people had always told her that she’d be great with kids, she decided teaching could be her career after hearing a Teach for America (TFA) recruiter talk about the achievement gap and the gross inequities in public schools.

Hanson applied for the TFA program in her junior year and wasn’t accepted. The next year, she applied to TFA again, and also to the teaching program at the University of Minnesota. She was accepted at both, and chose the TFA route because it meant getting a job immediately and not having to go further into student debt.

After graduation, she moved to Mississippi, where she participated in a five-week training program with 700-800 other TFA students. She’d wake up at five, eat breakfast, catch a bus to her “placement site,” leave by mid afternoon, get dinner and then take additional classes. Evenings were spent on lesson planning and waiting in line for the copy machine. In addition to the trying schedule, there was a mosquito problem in the building.

“During the training period I was sobbing,” Hanson said. “It was very taxing mentally and emotionally.” After the five-week summer institute, she was assigned to a school in Indianola, Mississippi, a town with one of the highest teen pregnancy rates in the country, a high obesity rate, and an extremely poor population.

Gentry, the school where she taught, was among the bottom 10 schools in Mississippi, which was one of the bottom states in the country in terms of achievement. Gentry was a turnaround school, which meant they were on an improvement plan and had hired a consultant.

“People can turn their backs on an area of the country that is so destitute and so broken,” she said.

That first year was really hard. “You wind up screaming at kids,” she said. “You learn what works and what doesn’t.”  About once a month, she would attend Saturday professional development sessions, where she would get individual and group help on her teaching material.

Though the nature of the program is “pretty sink or swim,” and she has friends who quit, Hanson said she doesn’t know if it’s that different from anyone’s first year of teaching. She feels the mission of the organization is grounded in something positive.  “It is flawed in many ways, but they are right on track in that if the system isn’t working for everyone, it’s not really working,” she said.

For example, there was one non-TFA teacher at Gentry who was convinced that the kids couldn’t learn. “That’s a trap that some teachers fall into,” she said, contrasting that teacher’s attitude with  TFA’s emphasis on the belief that all kids can learn.

By the end of the first year, Hanson felt she was getting more of a handle on things. The second year, she said, was really positive overall.

After completing her two years in 2010, Hanson was asked to stay by Gentry’s principal. She considered it, but decided to come back to Minnesota where her family lives, even though she had heard that it would be tough getting her standard five-year license transferred.

Hanson described the process of getting her license transferred as a “murky battle.” She looked at the Board of Teaching website, and there were no clear answers. Even though Minnesota has passed laws authorizing alternative licenses, all of the pathways that were available required classroom credit. “The Board of Teaching has been reprehensibly bad at communicating,” she said.

Even though legally there needs to be a pathway in place, practically, the options include getting a provisional license which you can renew for three years while you attend courses at the University of Minnesota or another school. People like Hanson and others who already have two years of teaching experience, are basically told they have to start over. Hanson received $11,000 in Americorps funding, but getting into a licensure program costs around $15,000.

Hanson feels that more communication between universities and the TFA program would be a good thing. She wishes that the organization could be more up front about the opportunities after you complete the program. “Just because you go through this training, doesn’t mean you can teach in your home state,” she said.  “It feels like a total stand still in your career.”

While TFA has problems, and could improve communications with universities, Hanson questions many who criticize Teach for America. She suggests their complaints are more about anger at “calling attention to ugly things in education in Minnesota.”

“It’s good that Minnesota has standards about who can teach, it’s good to scrutinize a program like Teach for America,” Hanson said, “but all the conversation around this has nothing to do with students.”