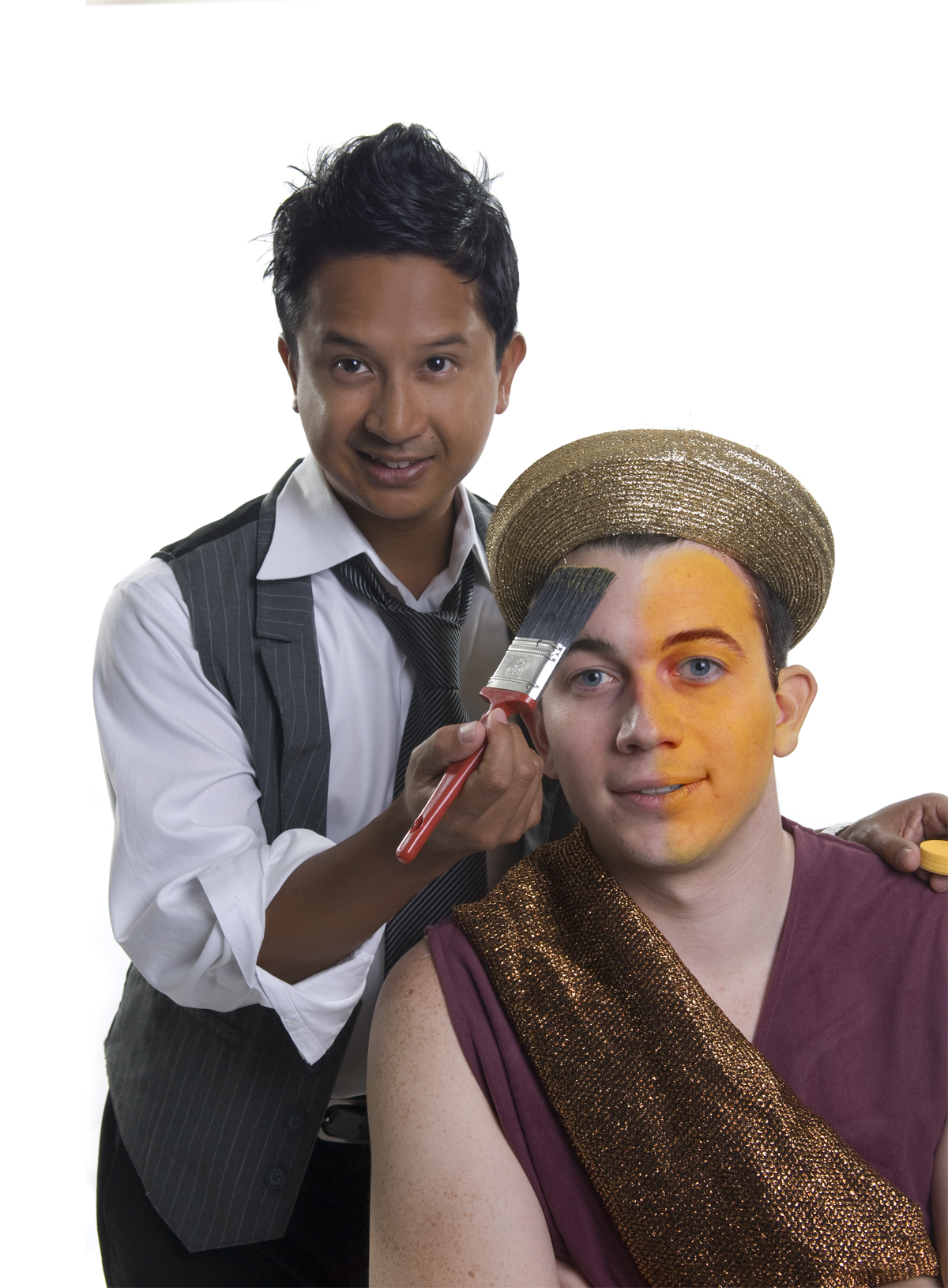 David Henry Hwang, who wrote the Tony Award winning M. Butterfly, which satirizes the famous Puccini opera Madame Butterfly, now takes on that opera’s remake. Mu Performing Arts’ Yellow Face, now playing at the Guthrie’s Dowling Studio, is set at the time that Asian-Americans were protesting the casting decisions for Miss Saigon, which is based on Madame Butterfly.

Miss Saigon opened in London in 1989, and, like Madame Butterfly, involves an Asian woman who falls in love with a white soldier and kills herself so that he can take the child home with him to give it a better life. (In Miss Saigon, the Asian woman is Vietnamese and the soldier is American.) When the London production transferred to the United States, the Actor’s Equity Association refused to allow Jonathan Pryce, a white actor, to reprise his role of the Engineer, a character of European and Asian descent. After much controversy, the play did finally open in New York with Pryce playing his original role.

The main character in Yellow Face is David Henry Hwang himself, and with humility and self-deprecation Hwang creates a character who at first openly protests the Miss Saigon casting and later decides he doesn’t want to be vocal against it (to protect his reputation), and eventually accidentally casts a white actor in an Asian role for his new play Face Value, “a backstage farce of mistaken racial identity.” Fiction and truth interweave in Hwang’s depiction of himself, and often it’s unclear when Hwang is poking fun of himself for things that actually happened and when he is embellishing the story to prove a point.

Yellow Face doesn’t provide many answers to the color-blind casting question. In his program notes, Hwang writes: “I believe that producers, directors, and playwrights have the right to cast anyone they want. However, those who don’t like their choices have the right to complain as loudly as they want.” Hwang uses the issue of casting as an entry point to delve into deeper issues of racism that still go on today. The second half of the play peels back the layers of an onion to reveal some real ugliness that Hwang has personally experienced. The device of using parody to begin that discussion is a smart one.

The cast does an excellent job realizing Hwang’s complex script, which for which he received his third Obie Award for in 2008 and which made him a finalist for the Pulitzer Prize for Drama. Kurt Kwan and Kim Kivens in particular stand out in the ensemble cast, playing multiple roles with great comic timing and poignancy. As Hwang, Randy Reyes, who later this season will star in M. Butterfly at the Guthrie, as usual brings wonderful nuance and authenticity to his work.

Talking about race is always a messy and thorny conversation, and Hwang’s play does a good job of bringing the discussion to the table, openly accepting that while there are never clear-cut answers, racism still exists in society today, and until there is true equality for all Americans, we still have to keep talking about it.