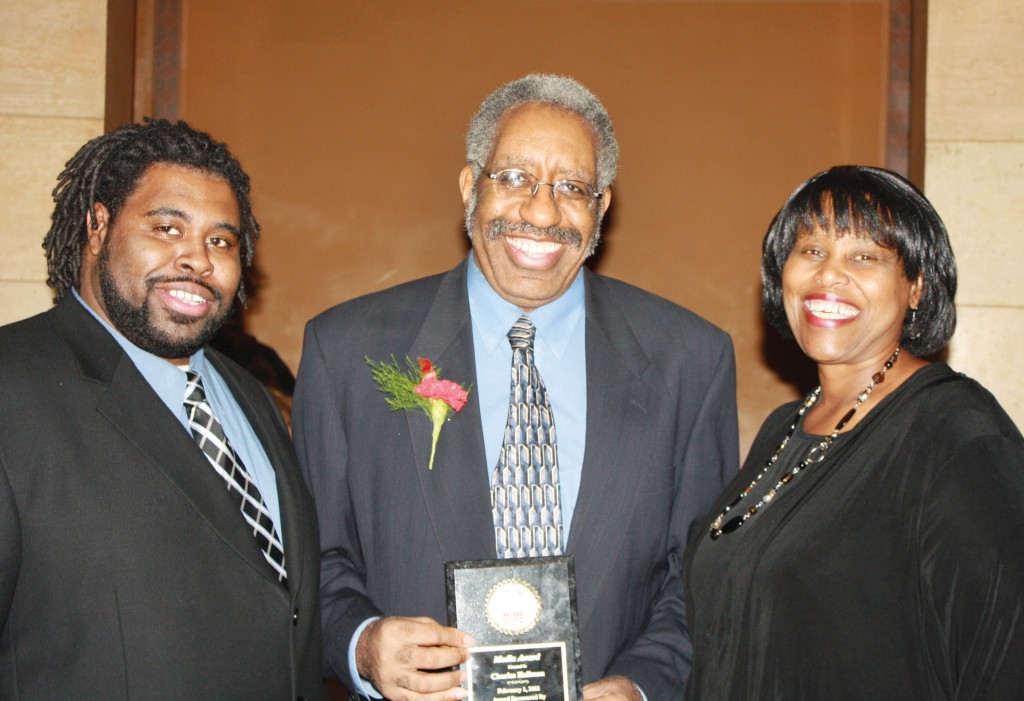 For the last 25 years, February 2 has been National Girls and Women in Sports Day (NGWSD). NGWSD was chartered by Congress in 1986, but the first single event nationwide was held in 1987, in Washington, D.C., to honor Olympic volleyball star Flo Hyman.

Hyman was an advocate for equity in women’s sports and died in 1986 while competing in a volleyball tournament in Japan. Since then, NGWSD has grown into many nationwide events celebrating the participation, success and accomplishments of girls and women athletes in all 50 states.

Hallman, a.k.a. “The Writing Machine” or the “Hardest Working Man in Journalism,” is according to colleagues and coworkers a hard-working, God-fearing family man. For more than three decades, since long before beginning his regular “Another View” sports column in 1990 for MSR, Hallman has written a wide range of stories that cover everything from state and local politics to personal interviews and national news stories like the swearing-in ceremony of President Barack Obama.

Highly respected by his peers for his tough, shoot-from-the-hip, in-your-face, no-nonsense, uncompromising investigative reporting, Charles Hallman is the name that most people ask for when they want to tell their story to MSR. In addition to his multiple assignments with MSR, Hallman writes for various other publications and publishes two regular blogs on the Internet, one entitled “The Third Eye” (www.challman.blogspot.com) and another identical to his column for MSR, “Another View” (http://challman.wordpress.com).

Over the years, Hallman has been known to take young journalists under his wing and provide mentorship. When he was called up for his award and walked to the podium, one could hear a few people comment, “It’s about time” and “He deserves it.”

After the NGWSD Celebration and Awards were over, MSR caught up with Hallman for a few questions:

MSR: Congratulations again! When did you get your passion for women’s sports?
CH: I really can’t say. I guess it probably comes from watching it back in the ’70s when I was in college. I got to meet a lot of women athletes then. I always felt that whatever they did was just as important men’s sports, so when I got into sports writing it wasn’t a problem for me to cover women’s sports.

I know a lot of women athletes. Their skills, abilities and what they do are just as important as men, and they work just as hard. So it wasn’t a stretch for me, and I don’t show any favoritism towards one over the other. I’m just as critical of a woman as I am of a man. I also praise women as I praise men.

MSR: Have you ever coached women?

MSR: Right now, there’s a real shortage of African American girls and women that participate in Minnesota sports. What is the solution for that?

CH: Basically, it starts at the lower level. It starts with more encouragement from home that says physical fitness is important. They should be involved in more than one sport, because there is too much specialization going on. Get them involved in one activity and then go to another, and so on.

Encouragement has to come from home first, because schools are not encouraging women to do anything athletic. Physical education is not being emphasized like it used to be. Therefore, if girls are not doing any kind of activity at home or school, then they don’t see sports as a part of that.

Until television starts to broadcast more women’s events on a regular basis so they can see other women athletes, it will not change. You can count the number of men’s games in one day compared to the number of women’s games in a week and it’s not even close.

It will change when you get leadership behind the scenes to see that. You still have a bunch of male decision-makers that don’t see women as important as men in terms of athletics.

MSR: Since the data will show that women’s sports are a valuable commodity, when do you think television will change?

CH: It will change when women themselves demand more. They complain a lot, but they don’t write to newspapers or call television stations enough. So, until they make that mass effort to push for it and say to advertisers we are not going to buy your products if you don’t promote us, only then it will change.

If you want to congratulate Charles Hallman or let him know how much you appreciate his work, send an email to challman@spokesman-recorder.com.