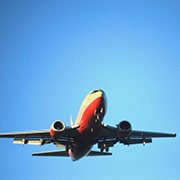 First, a number of federal air traffic control tower errors at MSP became public. The Metropolitan Airports Commission (MAC) is a partner with the Federal Aviation Administration (FAA) when it comes to operations and safety. Part of the reason cited for challenges at MSP involve its intersecting runways, which is due to a lack of space at the airport. Tight urban confines—major highways, neighborhoods, and a national cemetery—are a challenge that MSP’s FAA air traffic controllers airport planners must deal with.

And now, the National Transportation Safety Board (NTSB) is warning the Federal Aviation Administration (FAA) to revise its near-airport air traffic control procedures and not allow “near-simultaneous” operations at airports like MSP with “intersecting” runway headings. The NTSB letter noted that go-arounds are always allowed, and should be anticipated at any time for multi-runway operations. NTSB’s July 1, 2013 letter included, as examples, five serious incidents after airliners that aborted landings flew “within hazardous proximity” to other aircraft. None of the incidents were at MSP.

Aborted approaches (landings) are used when an “unsafe landing situation” is perceived by the pilot or the control tower. The conditions include wind direction or wind velocity changes, an obstructed runway, wake turbluence from a take-off just ahead, problems with the approach (too low, too high), or concerns about a stall due to low airspeed.

The go-arounds start at low altitude, which limits maneuverability, and accelerate into crowded airspace. Busy hub airports like MSP often schedule operations at “about the same time,” and the air traffic control tower (ATCT) has too little time to adjust for a problem.

NTSB basically says that MSP rates are too high, and operations on the parallel runways should be delayed on the two main parallel runways until any approach and landing on the intersecting runway, Runway 35, is completed. Runway 17-35 is the new runway opened in 2004. The runway is only used for landings toward the North (R35) and departures toward the south (R17)

MSP ATCT does not consider go-arounds very likely even for R35 in westerly flow with three MSP arrivals every five operations. But there often are 140 to 180 sequences a day, during the busiest hours, where any go-around would be a serious complication. However, go-around risks are statistically higher for an aborted approach on R35, the shortest runway at MSP. In westerly flow several factors are at play: there often is a slight cross-wind affecting R35, the preceding arrival may not have cleared the runway, and there may be operations on the parallel runways.

The safest answer is to just slow down: 2 minute intervals between operations on the same runway; less than 120 operations per hour at MSP. That means airlines would have to adjust fleets and flight times to accommodate these changes, and the FAA approves schedules and certifies airliners and runways.