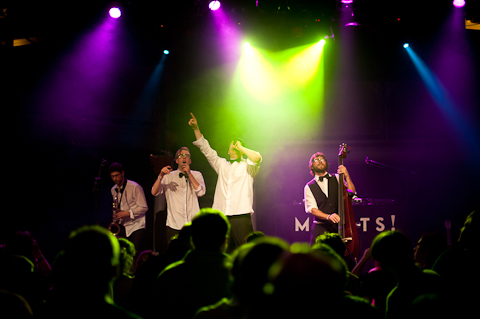 When the Internet told me that there was going to be a Swedish swing hip-hop group named Movits! playing at the Varsity Theater in Dinkytown, I said to myself, “This is going to be stupidly hilarious. I have got to go.” I mean, come on, it sounds silly, doesn’t it? A bunch of well-groomed white dudes rapping to swing music, wearing suits with bowties, Adidas shoes, and big Buddy Holly glasses? Weird. And that name: Movits! sounds like your dad’s improv dance team.

Now, put everything I just wrote out of your mind and let me tell you something. On Sunday night, they—and I say this without irony—totally rocked my world.

When I arrived at the Varsity, amid my delight with the theater’s gothic décor, I found myself genuinely disappointed (although not altogether surprised) that there weren’t a ton of people milling around the dance floor, alive with the electricity of seeing their favorite band. Weird, foreign, fringe bands usually have cult followings, right? However, the Varsity is pretty spacious. Maybe anything close to filling the place to capacity exceeds cult status.

I did run into a pocket of young girls (the show was 18+) who were genuinely excited to see the show, unlike me, who had attended on a lark. Out of the ten of them there was one who had “discovered” the band in high school and turned all her friends on to the fusion sound. As it turned out, the group was also familiar with the opening act, local children’s favorite Koo Koo Kanga Roo. I asked the girls, “What can I expect from Koo Koo Kanga Roo?”

“Well,” one of them responded, “you’re not going to like it if you don’t dance.” Sounds like ecstasy, I thought. I was ready to party.

When Koo Koo Kanga Roo took the stage, I could feel my mind being blown. An act built, ostensibly, as a joke-act that found it’s way into the hearts and parties of children and adults across Minnesota, Koo Koo Kanga Roo are all around a good time. They began their iPod-backed rap set with a song about the alphabet, and moved quickly along to a poetic renouncement of peanut butter and jelly sandwich crusts. With their gold sneakers and movement-friendly sweatpants, they got almost everyone up and dancing. It was such a fun time, but I fear that if the crowd had been much older, the room would have been too cool to participate, and playing along is what makes Koo Koo Kanga Roo work. They even brought out one of those rainbow parachutes that were so magical for me as a kid. 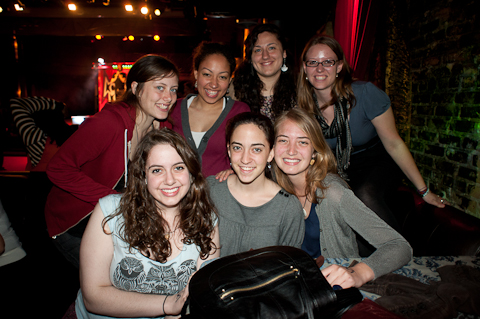 After a brief intermission an announcement was made from the stage. “Now it’s time for the Swedish portion of your evening” came blaring through the speakers. Movits! were about to kick out the jams.

What was so impressive about the Movits! performance is that their sound was so tight. It didn’t even sound like a live band. They were perfect. Also, their accented banter was humorous, as they were keenly aware that we had no idea what they were saying. Sometimes they would explain in strangely poetic translations what their songs were about: “This song is about when you’ve had too much fun in the night and when morning comes you have pain in the skull.” Other times they would say things like, “This song isn’t about anything happy, but you can smile and dance like it is.” This part of the banter was a relief to me. Rap is so clearly lyrically driven that I was worried about the ability of Movits! to entertain the crowd for a whole set, but I suspect that because the swing aspect the music kept the crowd interested. I wonder if it makes them sad that half of their musical intent gets lost? Regardless, they seemed content that the room was dancing.

When their set was over, and following their two encores, the Movits! retired to the back of the theater to be swarmed by their Midwestern fans. In fact, they were occupied with pictures and handshakes for so long that I ended up leaving before talking to them, as the folks of the Varsity seemed exceptionally ready to call it a night. From what I could hear they were gracious and charming to everyone who spoke with them.

A while ago the Movits! appeared on the Colbert Report and subsequently saw a rise in American sales. In the show clip, Colbert seems like—as with most things—he is making fun of them a little bit. “What do you have to rap about in Sweden?” he says. They don’t say much in return, either because Sweden has some dark political secret that the Movits! are hiding from us, or because they didn’t know quite hot to answer the question. I feel, though, that despite his gentle ribbing Colbert probably really enjoys the tunes. As for me, since the show I’ve found myself going to YouTube to watch their videos over and over again. I should probably buy their new album. But maybe I should learn Swedish first. 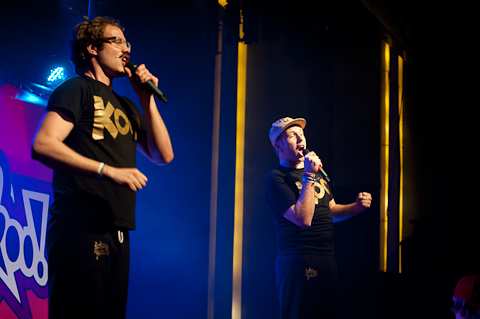 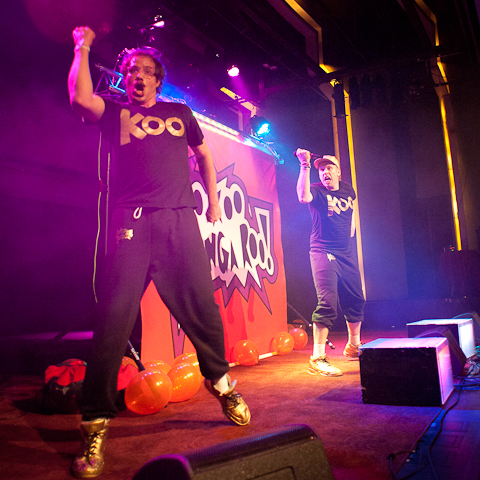 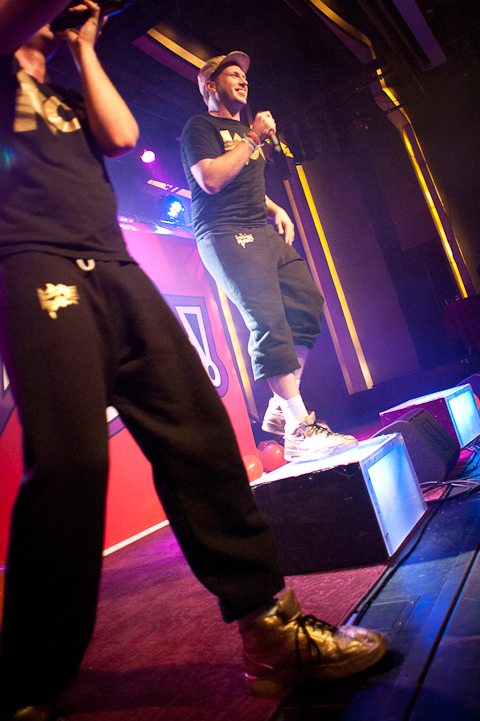 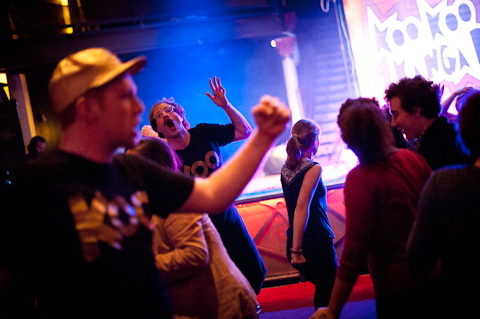 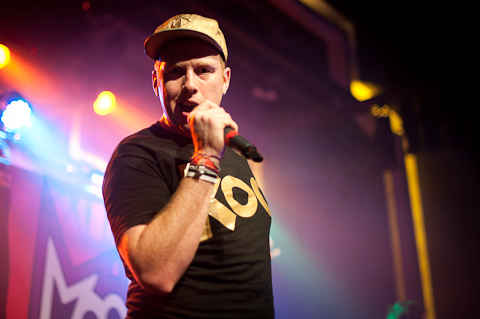 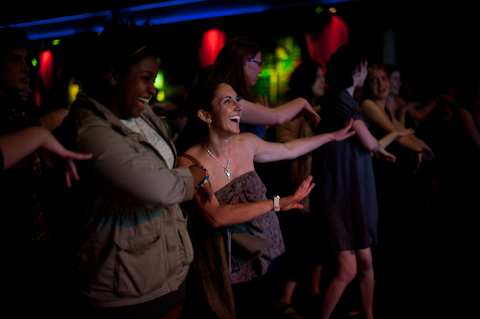 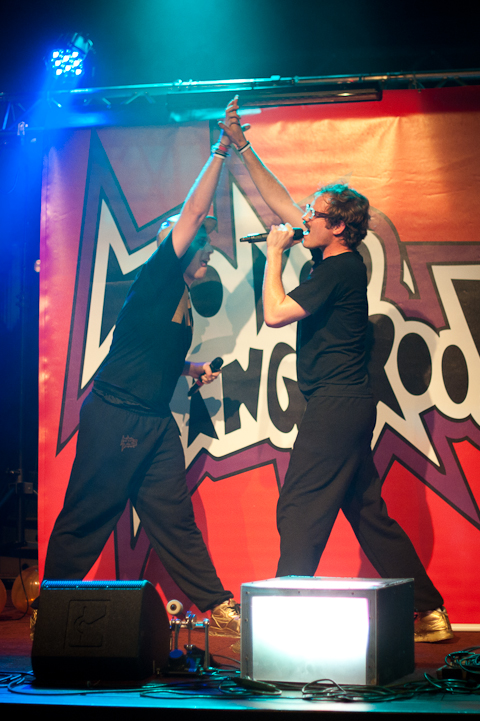 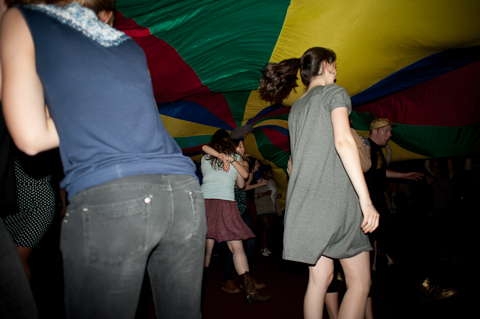 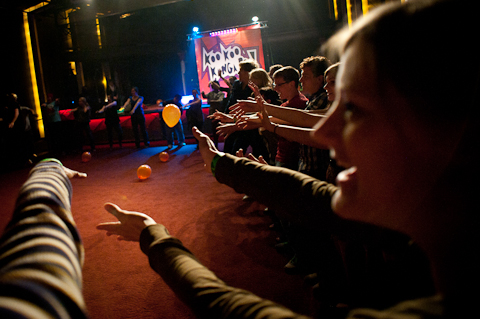 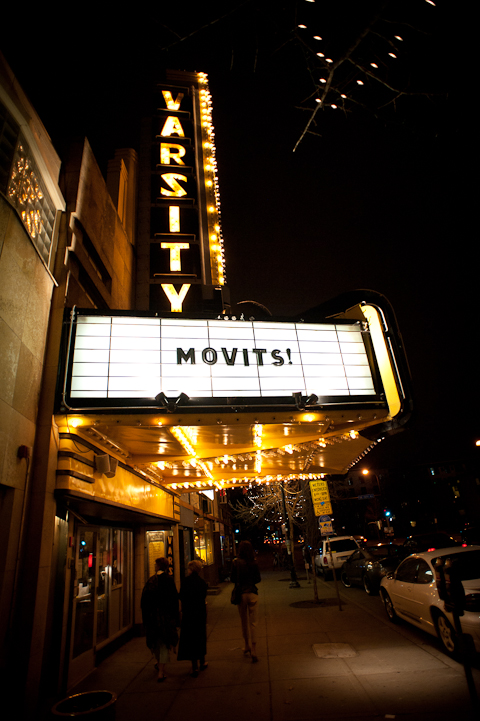 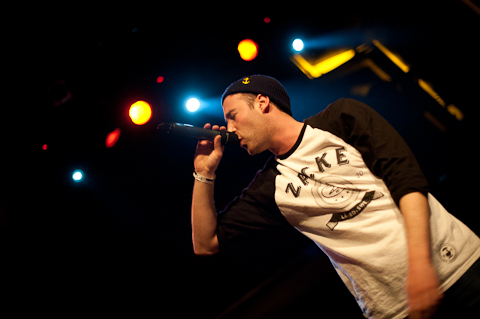 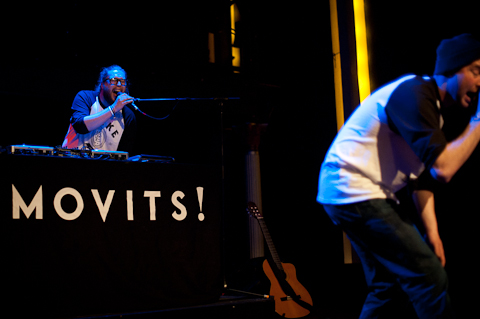 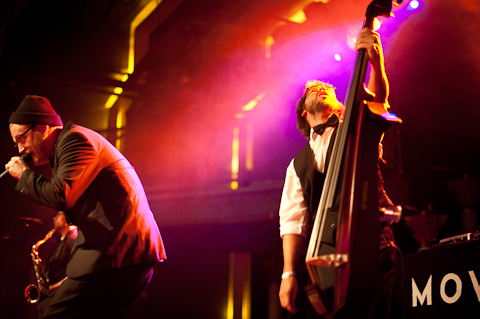 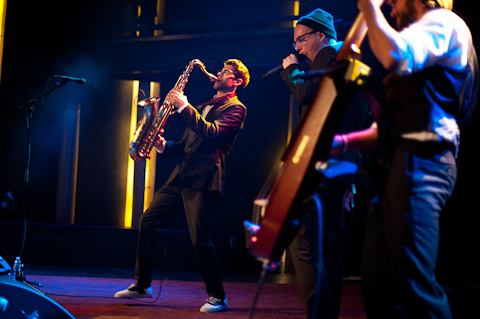 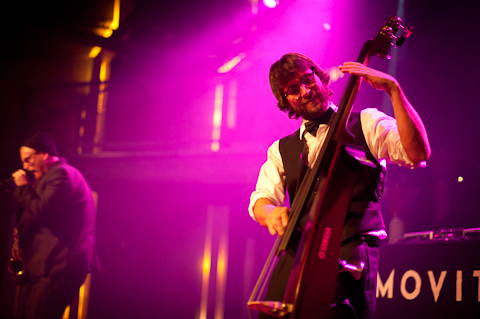 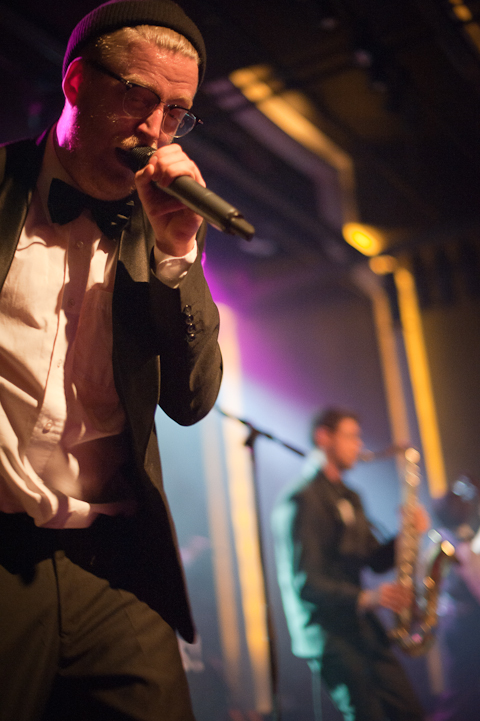 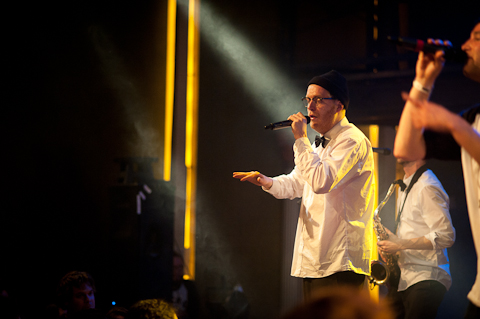 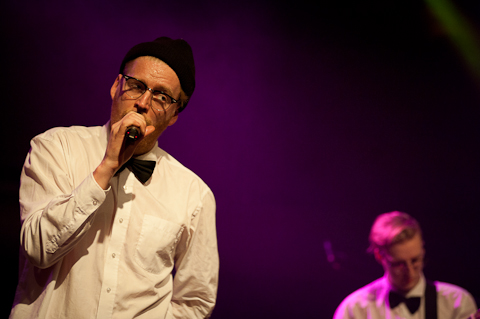 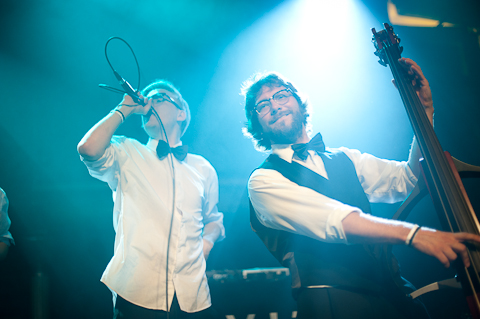 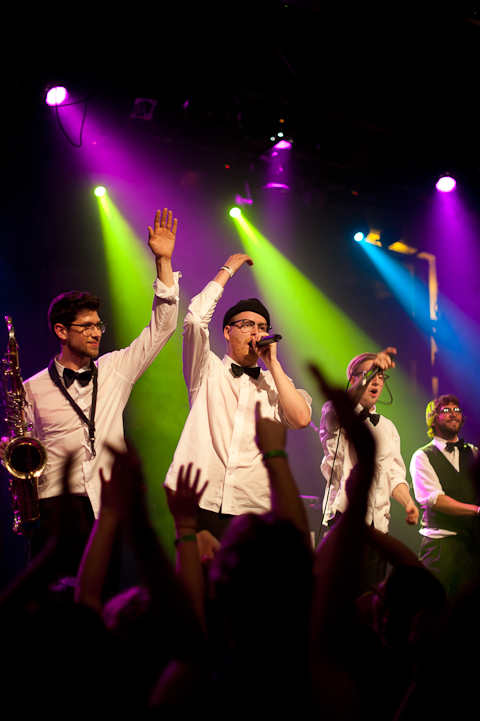