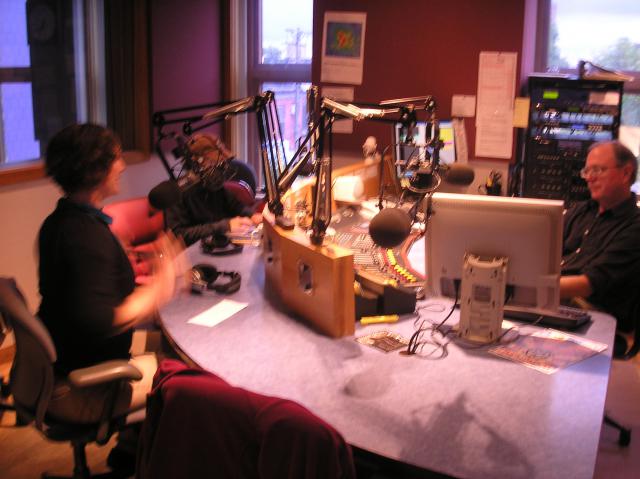 Kate, Flor and Mike in Studio 4

This Saturday a rally at the Minnesota State Capitol will attempt to generate excitement about moving towards an energy future without reliance on fossil fuels.

The event is called “Moving Planet”, and it’s part of a larger effort by an organization called 350 dot org, led by environmental writer and activist Bill McKibben.

Similar events are scheduled around the globe.

Here in the Twin Cities the event will include a mass bike ride from the stone arch bridge in Minneapolis to the capitol in St. Paul.

The rally at the capitol will feature music, food, speeches, puppets. MN 350’s coordinator, Kate Faye, visited KFAI and talked with Flor Trevino and Mike Fischbein on “The Takeaway.” [Audio below]