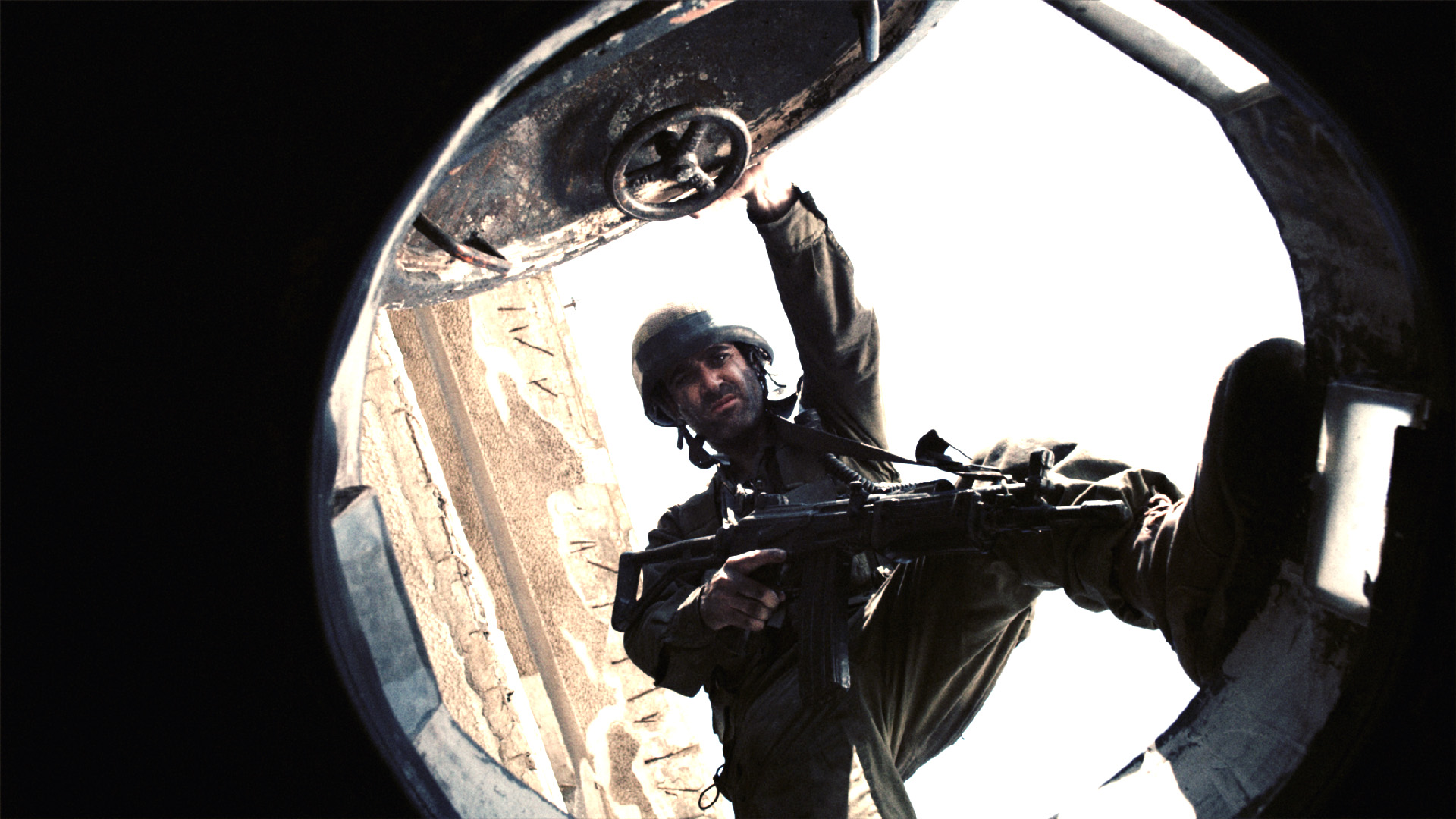 Everyone makes lists. Grocery lists, list of chores, and the ever-popular Christmas list. Having made these lists before, I don’t usually keep up the routine of preparing such lists—other than my list of the top ten best films every year. For someone who enjoys watching movies, it is easy to maintain and I always start prepping “the List” about two weeks before the end of the year. Discussing films with family and friends helps me remember what I have seen throughout the year, and where. [Also see Erik McClanahan’s 2010 top ten list.]

Given that I saw close to 200 films this year (not all released in 2010), this year’s list was easier to put together than I expected. I can’t explain how the order of my favorite films came to me so quickly, other than to say that there were ten films I highlighted and they seemed to jump off the page and assemble themselves in order. From a list of a potential 23 films that I marked above-average or fantastic, these ten seem like the right ones to name my top ten films of 2010.

I should add, though: those 23 films I marked on my list throughout the year, also included close to another 20 films I saw at various festivals (Sundance, Tribeca, Chicago) would have been in the mix as well, but most won’t be released until 2011. For that reason, they have been disqualified from my 2010 list and could possibly comprise my top ten for 2011. There are always debates among friends and critics about what should be included on a top-ten list and what should be omitted. I’m tired of debating what should stay or not be included on the list. This list includes two films I originally saw in 2009 but weren’t released until 2010 (I had to re-watch both this past month to reconfirm my feelings about them), and I’ve included one film that was out for one week in the fall, perhaps never to be seen in Twin Cities theaters again.

Before I reveal my list there are ten honorable mentions, listed in alphabetical order by title and with director’s name:

Finally, the top ten films of 2010 and when and where they can be found for your viewing pleasure, whether they are still in theaters or on Blu-Ray/DVD:

1. Blue Valentine, directed by Derek Cianfrance (USA)
It has been close to a year since I last saw Blue Valentine, but it has stayed with me damn near every day this year. Ryan Gosling and Michelle Williams both give career-best performances (hopefully, Oscar nominations are in their future) as a fractured married couple trying to save their marriage over the course of one night. Cianfrance crafts a haunting and honest portrayal of young love using superb editing and cinematography to express a daring and original love story. (Tentatively opening January 14 at the Uptown Theatre.)

2. The Social Network, directed by David Fincher (USA)
Fincher’s take on the rise of Facebook creator Mark Zuckerberg sizzles from its opening scene, with Jesse Eisenberg and Rooney Mara sparring with Aaron Sorkin’s dynamic dialogue. The Social Network is destined to be reviewed and revisited for years to come. (Available on Blu-Ray/DVD on January 11.) [read Jay Gabler’s blog entry about The Social Network]

3. A Prophet, directed by Jacques Audiard (France/Italy)
With a breakout performance by Tahar Rahim as Malik (part Arab, part Corsican), who’s caught between different alliances in prison and becomes a quick learner in rising to the top, Audiard’s film was nominated for an Oscar last year as best foreign language film. A Prophet may not reinvent the prison drama, but it is an instant classic. (Available on Blu-Ray/DVD/Netflix streaming.) [read Jim Brunzell’s interview with Audiard, Rahim, and cowriter Thomas Bidegain]

4. Inside Job, directed by Charles Ferguson (USA)
Perhaps the scariest film of the year features no blood but plenty of monsters. Ferguson’s documentary about the 2008 economic crisis and the Wall Street crash will make your blood boil knowing the guilty parties can’t even be interviewed on camera, but Ferguson succeeds on exposing the corruption that ran rampant, leaving millions still jobless and homeless. (Currently not in local theaters, with no Blu-Ray/DVD release date yet announced.)

5. Toy Story 3, directed by Lee Unkrich (USA)
11 years after Toy Story 2, Pixar has done it again with this heartfelt and hilarious adventure in which Woody and the gang are mistakenly donated to Sunnyside Day Care instead of going safely into the attic. The dialogue by Michael Arndt (Little Miss Sunshine) gives these toys more character depth than characters in most dramas, and the film features the funniest scene of the year as Ken finally gets to show off his extensive wardrobe. (Available on Blu-Ray/DVD.)

6. I Am Love, directed by Luca Guadagnino (Italy)
This beautiful, sweeping drama features yet another terrific performance by Tilda Swinton, fantastic art direction, and breathtaking cinematography on the scope of Visconti and De Sica. Swinton’s Emma has an affair with a young chef and dreams of a different life other than keeping up with her wealthy family. The final minutes are devastating and magnificent; Swinton should be mentioned in the conversation for the Best Actress Oscar. (Available on Blu-Ray/DVD/Netflix Streaming.)

7. Another Year, directed by Mike Leigh (UK)
Master British director Leigh returns to his favorite subjects: booze, careers, depression, and family values…and it’s a comedy. Over four seasons, many friends and family come to visit married couple Tom and Gerri (Jim Broadbent and Ruth Sheen) to talk about life and look for support. Another great supporting cast includes a great performance from a boozy and flirty Lesley Manville, who only wants to find happiness. (Tentatively opening January 21 at the Lagoon Cinema.)

8. Mother, directed by Bong Joon-ho (South Korea)
After her slightly mentally disabled son is accused of killing a young girl, a mother (Kim Hye-ja) must do anything to get him freed from jail and prove his innocence. This psychological thriller from Bong Joon-ho (The Host) is a challenging film, but the results are nothing short of extraordinary. (Available on Blu-Ray/DVD/Netflix streaming.)

9. Inception, directed by Christopher Nolan (USA/UK)
No matter what your opinion was about Nolan’s twisty sci-fi noodle scratcher, it’s dazzling to watch from the get-go. Nolan is a one-of-a-kind director who can entertain but who also brings some serious deep thinking and inventive storytelling to his big-budget canvas. (Available on Blu-Ray/DVD.)

10. Lebanon, directed by Samuel Maoz (Israel)
With the majority of the film taking place inside a tank, Maoz’s Lebanon is (metaphorically) a bit of fresh air compared to conventional war films. Maoz based the film, set in 1982, on his own experience in Lebanon, and brings an impressive authenticity to his setting. He creates a claustrophobic nightmare, not to mention a sound designer’s dream, of four soldiers on their first assignment. Some found the film pretentious; I found it engrossing and thought-provoking. My heart was pumping from the opening shot. (Available on Blu-Ray/DVD on January 18.)