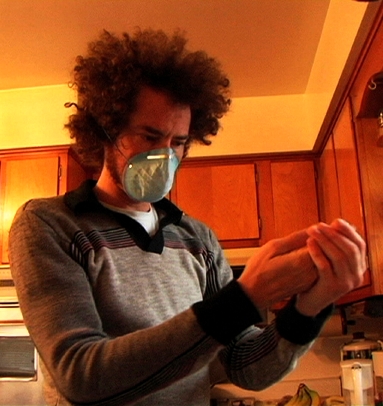 Throughout the week, the Daily Planet will feature audio interviews with filmmakers discussing their films in this year’s Sound Unseen Film Festival. The festival, which kicked off this past Tuesday and ends Sunday and typically features films with a music theme, is in its 10th year. Check out the festival’s Web site to purchase tickets, view trailers and information for all the films, and explore what this cultural event is all about.

All the interviews were conducted over the phone, recorded on my computer. In this entry in the series, I speak with Jim Granato, director of the touching and sad (especially near the end) documentary D-Tour. (Click on the icon at the bottom of this article to listen.) Check out the film’s Web site for more info. D-Tour screens this Sunday (October 4) at 5 p.m. at the Cedar Cultural Center. Granato will be present.

The official plot synopsis (by way of the press notes) of D-Tour reads:

Winner of Best Documentary at this year’s San Francisco International Film Festival, D-Tour follows Pat Spurgeon, the drummer for indie rock band Rogue Wave, and [tells] how he was placed on dialysis for a failing kidney. Pat’s been on a six-year waiting list for organ replacement and instead of quitting the band, Rogue Wave goes out on tour, deemed the “Dialysis Tour”, which becomes even more challenging in finding a viable match for a new kidney while out on the road. Filmed over three years, and compiling more than 80 hours of footage, D-Tour also addresses issues with the U.S. health care system, the lack of affordable insurance, the importance of organ donation, and the hectic life of an indie musical [act]. D-Tour features live performances from Ben Gibbard (Death Cab for Cutie), John Vanderslice, Nada Surf, and, of course, Rogue Wave.

I begin every interview with the same question. Having seen nearly all the films in this year’s Sound Unseen Festival, a clear theme emerged. These are stories about people pursuing their dreams, consequences be damned. So I lead off asking the filmmaker about this theme as it pertains to their film.