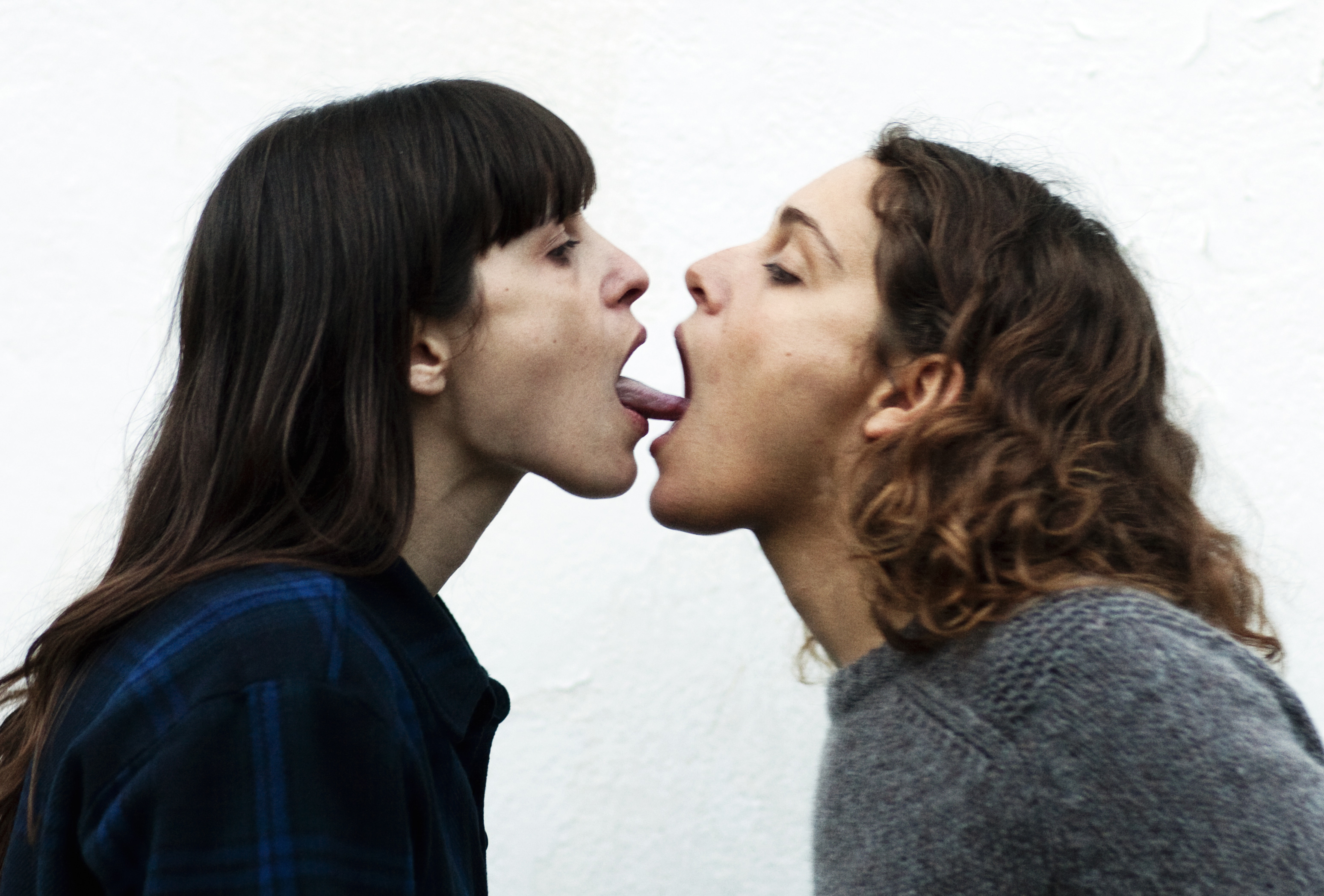 PARK CITY, UTAH, January 27, 2011—The scenery flying over the mountains coming west is magical, but so is the atmosphere of arriving at Park City, after making the 45-minute drive from Salt Lake City. Anticipation for the Sundance Film Festival has been in my bones for over a month now, and when I pick up the all-important press pass, the hunt begins. I grab my gear and set out on the snow-covered roads among a crowd of “townies,” film aficionados, corporate executives, and other film journalists. It was nice to see the sun shining on all of us as the 2011 Sundance Film Festival, which began last Thursday; this is my first report on films on saw during the opening weekend.

I barely made my first screening at 9:30 a.m.: the hugely entertaining documentary Sing Your Song, featuring the congenial Harry Belafonte, who’s still going strong at 82. It’s told through interviews and voiceover; it’s not only entertainment at its finest, but a great history lesson. When Belafonte began as a singer/actor in the early 1950s, he led the charge, as a celebrity, for the Civil Rights Movement and is still active today. Director Susanne Rostock digs deep in footage with Belafonte, who worked intimately with Dr. Martin Luther King Jr., and presents extraordinary interviews with the Kennedys. Rostock’s doc not only features Belafonte’s great musical and film performances, it brings his successful work as an activist to the fore.

The Greek film Attenberg definitely owes much of its absurdity and provocative humor to another recent Greek film, Dogtooth (a Best Foreign Language Oscar nominee), which I enjoyed too. (Yorgos Lanthimos, director of Dogtooth, produced and stars in Attenberg too.) Director/writer Athina Rachel Tsangari’s film centers on 23-year old Marina (a carefree Ariane Labed) as she is trying to spend time with her father, who has cancer, and is also exploring her sexuality with her best friend Bella and a visiting engineer (played by Lanthimos). The elixir of sex and death in Attenberg—which takes its name from broadcaster and animal expert Sir David Attenborough—blends into a wild combination, and I hope Attenberg finds an American distributor willing to take a chance on this risky film.

Magic Trip, the newest film from documentary filmmaker Alex Gibney (Client 9, Enron, Taxi to the Dark Side) along with co-director Alison Ellwood, is quite the groovy ride. Ken Kesey, author of the celebrated novel One Flew Over the Cuckoo’s Nest, embarked on an acid trip in the early 1960s with his Band of Merry Pranksters from Northern California to the New York’s World Fair; the film follows that journey. It’s highly watchable and features a fantastic music score; I just wish the bus ride would have ended sooner. Much of Magic Trip is based on old audio recordings from the Merry Pranksters themselves; we even get a look at beat poet Neal Cassidy, who I view differently now. Magic Trip offers some great insight into America in the 1960s and features outstanding photo stills and footage, but like any long bus ride, you always wish you didn’t have to stop at ever single stop.

When Miranda July’s second feature The Future was announced, it soared to the top of my list of films to see at Sundance. July gave us a completely original American film six years earlier with Me and You and Everyone We Know, and I couldn’t wait to see her newest film. The Future, is still lingering in my mind since the screening; it’s as quirky as her previous film, but this time around, July’s writing has matured and the characters are more layered. Wanting to give up their normal lives for 30 days before adopting an ill cat, Sophie (July) and Jason (Hamish Linklater) begin going through personal and everyday life changes (giving up the Internet, quitting their jobs), and slowly their relationship begins to decline. There are magical and humorous moments throughout, but there are strange on-goings as well, especially when Sophie meets another man, who has his daughter bury herself in the backyard. The Future may not be for everyone, but it certainly is original, and July’s improved skills as a director made it one of the highlights in the opening weekend. (I interviewed July; the interview will appear in the Daily Planet when The Future is released commercially in the Twin Cities. Roadside Attractions has picked it up for distribution.)

After seeing writer/director Kelly Reichardt (Old Joy, Wendy & Lucy) at the Walker Art Center this past summer, I was hoping for a quick glimpse of her newest feature, Meek’s Cutoff. Well, there was no footage shown at the Walker but after a long first day, Meek’s Cutoff was the fifth and final film is saw. Its rich cinematography by Chris Blauvelt is worth the price of admission in and of itself. Reichardt’s film takes place in Oregon in 1845 as a group of American travelers are led astray by their travel guide, Meek (an unrecognizable Bruce Greenwood). When the young families (including Michelle Williams, Zoe Kazan, Will Patton, and Paul Dano) begin losing patience with Meek, choices are made that could save or ruin their voyage. Reichardt’s film takes its time getting from one place to next, but then, traveling by wagons isn’t the fastest mode of transportation. Some viewers’ patience will be tested with many scenes playing out like a silent film, with no dialogue for minutes on end, but for those who like there stories to taking shape organically rather than being forced, Meek’s Cutoff will be rewarding, with an ending many will be talking about. (Meek’s Cutoff opens in Minneapolis in April.)

One of the nicest surprises of the festival was co-writer/director Naoki Kato’s Japanese film Abraxas, featuring a nice lead performance from musician/actor Suneohair as Jonen, a Buddhist monk who is struggling with his spiritual commitment and wants to play his punk music again, like he did in his youth. The opening scene has Jonen rocking out on stage, screaming punk lyrics and smashing his guitar like any young rocker. It’s quite memorable, as there is a hilarious payoff toward the end. Flash forward: he is married and has a young son, so call it a mid-life crisis perhaps, but he can’t keep living in silence, and it’s slowly decaying his adult life. He needs to perform just one more time in his town, which has never had a rock concert before. Kato’s script is filled with wonderful humor regarding religion, music, family life, small-town seclusions, and bigger-than-life dreams The only misstep in Abraxas comes at about the halfway point when it falls into melodrama as one of Jonen’s friends dies and the narrative comes to a screeching halt, but the film quickly regains its rhythm, finishing on a high note with an enjoyable final act.

The documentary The Bengali Detective not only has self-appointed detectives trying to solve three separate cases, but the group, led by charismatic Rajesh Ji, find time to practice for a once-in-a-lifetime opportunity to become dance heroes. Director Phil Cox found gold with subject Rajesh Ji; Cox’s cameras weave through the streets of Kolkata, looking for clues to solve his cases with help from his other fellow self-appointed detectives. Rajesh Ji not only struggles looking for answers for his cases, but he is dealing with caring for his wife, who hasn’t been given long to live. The Bengali Detective is compelling and it’s scary at times to witness the brutality of the streets, but at times it’s also frustrating as the multiple cases become disjointed and hard to follow. The tone of the doc can’t make up its mind: is it a startling expose on crime in Kolkata, or is it about a goofy band of detectives trying to become dance superstars? (Fox Searchlight bought the remake rights, and the documentary is still looking for U.S. distribution.)

Director Azazel Jacobs’s follow-up to his Momma’s Man—one of the best American independents in the past five years—is another moving dramedy, Terri. High school student Terri (terrific newcomer Jacob Wysocki) is distant from just about everyone in his class other than the misfits and rejects, but when vice-principal Mr. Fitzgerald (John C. Reilly) takes a shine to Terri, the two begin to bond in and outside of school. The relationship between Terri and Mr. Fitzgerald is outstanding and made for some of the strongest scenes at Sundance this year, with both characters understanding what each one offers—not to mention, there are some gut-busting laughs. While Terri remains a loner, he seeks refuge from a traumatized girl and an ostracizes weirdo, and the three begin an unlikely friendship leading to a surprising and momentous finale about becoming yourself and letting go of your fears. (Terri will be released in the spring through ATO distribution; an interview with both Jacobs and Wysocki is forthcoming in the Daily Planet.)

Originally titled Beats, Rhymes & Fights, the new documentary on 90s hip-hop group A Tribe Called Quest is now called Beats, Rhymes & Life: The Travels of A Tribe Called Quest. (You’ll understand the title change when you see the film.) It’s a great music story about a band that reshaped hip-hop music. Directed and produced by actor Michael Rapaport, BRL has done a fine job of giving fans what they want, and new audiences who don’t know the music of A Tribe Called Quest might discover some fantastic albums. (1991’s The Low End Theory is still my favorite hip-hop album.) Much of the documentary gives us a behind-the-scenes look of the rise and fall of Tribe as they reached soaring heights with the incredible duo of wordsmiths Q-Tip and Phife Dawg, who were a perfect yin-yang in their rapping styles and were pioneers in the genre of what came to be called “alternative rap.” Rapaport’s film does get redundant at times, dealing with scenarios of who’s right/who’s wrong as Phife & Q—who may still be the best of friends—have their feuds with one another about who is the driving force behind the group. Nonetheless, BRL rocks, and any Tribe fan will be thrilled to see that despite the fights in the doc, best friends still come together when it matters most.

Higher Ground, the first film from Academy Award nominee Vera Farmiga (Up in the Air), was the first film I saw at Sundance to qualify as a potential walk-out, but I managed to stay through the whole film thanks to some great unintentional laughs that left me slapping my forehead rather than raising my hands. Higher Ground has a promising start as young Corrine falls for musician Ethan; they have a child shortly after, have a near-death experience, and become born-again Christians. Now grown up, Corrine (played by Farmiga) has a family and doesn’t know if fundamentalist life is for her. The setup is fine, but with scenes of young Corrine and Ethan putting their baby in a Coleman camping cooler before a car crash, having a vision of pulling spaghetti out of someone’s ass crack only to make spaghetti for dinner that same evening, and countless ridiculously edited scenes—including one of watching a pregnant Farmiga dancing in lingerie, as an attempt to become sexy again—well, the film lost my faith early on and never redeemed itself.

In my next article, I’ll be reporting more on Sundance and Slamdance films from Monday through Wednesday, including Best Foreign Oscar nominee In A Better World, Jeff Nichols’s Take Shelter starring Michael Shannon, the documentary Page One: A Year Inside the New York Times featuring former Twin Cities Reader writer David Carr, the much-buzzed-about film Martha Marcy May Marlene, and the locally-made feature The Convincer.