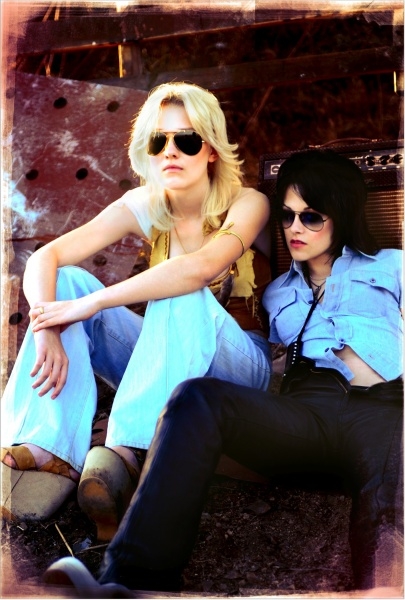 The Walker Art Center’s 17th annual Women With Vision Film Festival, March 12-27, reveals that education and drama are not mutually exclusive. History resonates in family histories. Iconic symbols reveal political, religious and personal values. At this year’s festival, lines between factual and fiction film making seem to blur; often features having documentary-like elements and documentaries are as dramatic as fiction.

“Filmmakers today give you an open-ended entry way of observing. It doesn’t have high-pitch action in most of these films,” says festival curator Sheryl Mosely. “Coming out of documentary filmmaking but carrying over into features, it’s about looking and reflecting.”

Opening the festival is 35 Shots of Rum (March 12, 7:30 p.m.), a feature that explores post-colonialism. African immigrants in a Paris suburb, through the relationship between a widowed father and his adult daughter. French filmmaker Claire Denis has a wonderful eye for a cityscape, but also for intimate moments between people. The relationship at the heart of the film is refreshingly connected, anchoring a film about first and second generation immigrants. Before Tomorrow (March 27, 7:30 p.m.) ends the festival. Made by an Inuit collective in northern Canada, it tells the other side of the story: how colonization occurred. Returning home to their village—now decimated by smallpox—a grandmother and grandson fight for their survival, in the Arctic wilderness, and for the survival of their culture. Stark and haunting, this drama illuminates the hidden history of European destruction and Indigenous endurance on our continent.

I couldn’t preview The Runaways (March 13, 7:30 p.m.) but, Floria Sigismondi’s debut feature about the 1970s girl rock group looks like big fun. Based on the no-holds-barred memoir Neon Angel by vocalist Cherie Currie, played by Dakota Fanning with Kristen Stewart as Joan Jett. “Cherry Bomb” rocketed them to huge but ephemeral fame. Sigismondi’s debut stands on rock solid ground with her resume of photography and music videos for David Bowie, Björk, and Marilyn Manson.

Another feature debut is by video artist and photographer, Laurel Nakadate: Stay the Same Never Change (March 25, 7:30 p.m.). Her sluggish look at teenage girls adrift on summer break suffers from poor writing, flat performances by non-actors, and static direction. In my view, Nakadate should return to still photography. This film left me cold, but Mosely feels the film takes on a difficult subject.

“It’s about vulnerability, trust, awkwardness at a certain age. Young women—16, 17 years old—testing how far they can go.” Mosely says the film’s style is very much a piece with Nakadate’s art world background, and you can ask the filmmaker herself at the screening. 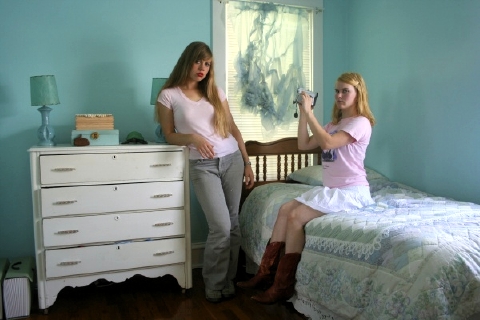 Deborah Stratman’s O’er the Land (March 18, 7:30 p.m.) follows American obsessions with “freedom” and the heroic ideal. Without any judgment, Stratman simply observes an orgy of bullets with gun show “machine guns for rent,” a top-end RV sales pitch, the border patrol hunting undocumented immigrants, and Revolutionary War re-enactors. A sense of threat simmers under the surface of this film, mitigated by gorgeous shots of wild landscapes with a real 1959 hero’s story told in gripping flashbacks. Beautifully shot and edited, Stratman captures the contradictions of the 21st-century USA’s most touted values. At the screening, you can get her personal reactions to the journey she took.

“She really crossed the country from one side to the other to find these images that stand for patriotism,” Moseley observes. “She goes into so many worlds and then puts them next to each other in a way that no one has, to show us ourselves at this point in time.”

Religious faith-both devoted and desperate-is observed Jessica Hausner’s feature Lourdes (March 19, 7:30 p.m.). Annual returning pilgrims, hoping for healing, go to a holy site of the Virgin Mary in this French town. Christine (Sylvia Testud), wheelchair-bound by multiple sclerosis, seems more intent on social contact than a miracle. Often silent, Testud’s face communicates resentful sadness and stoic dispair contrasted with glowing hope and happy connection. Pacing the film like an exquisite allegro movement, Hausner films the holy shrines like paintings and makes Catholic ritual both trancendant and part of the plot. Whether you’re a believer or not, Hausner’s gaze into life’s existential mysteries is an act of grace.

“Jessica Hausner is a filmmaker who’s able to show something in such a simple way but actually has such depth to it,” says Moseley—who notes that the Walker has shown all three of Hausner’s feature films.

One family’s history and a nation’s struggles for democracy converge in El General (March 26, 7:30 p.m.) by Mexican director Natalia Almada. She searches for the truth about her great-grandfather, General Plutarco Elias Calles, a former revolutionary and Mexico’s president from 1924-28. Taped memories from her grandmother (the General’s daughter) fuel Almada’s historical detective work. Interviews with today’s working poor (taxi drivers, vendors, street cleaners) on Mexico City’s streets, reveal political fatalism, countered by faith in God and faith in the lottery. Alamada illuminates a people’s spirit even as her great-grandfather’s character becomes a flickering shadow.

With Kathryn Bigelow’s breakthrough as the first woman to win Oscars for Best Director and Best Picture, perhaps Hollywood will finally welcome more female filmmakers. Women With Vision has always recognized that excluding half of humanity makes a cock-eyed view. Put a camera in a woman’s hands and you just might re-think the most fundamental things: freedom of all kinds, immigration, home.