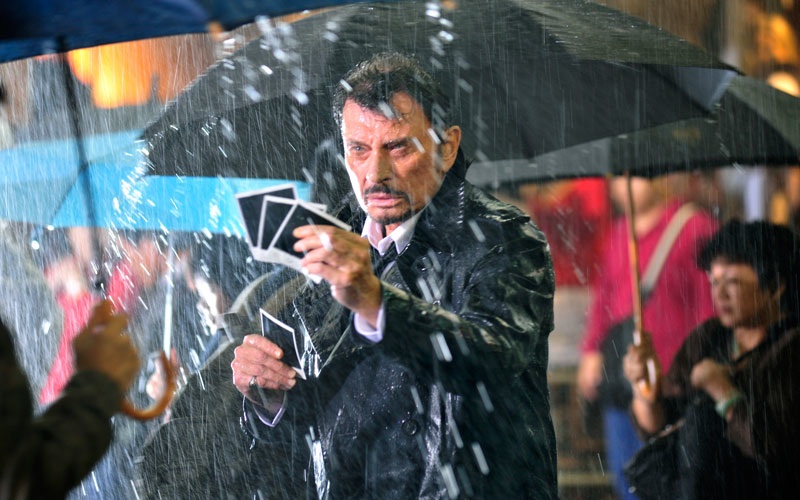 In the Star Tribune Variety section last Friday, there were an astounding 44 films listed as currently playing in local theaters—not to mention another 14 films listed in their “special screenings” sidebar, including a special review for Leo McCarey’s terrific 1937 screwball comedy The Awful Truth—but sometimes you might look in your local newspaper or even search online to find a movie to go to, and come up empty. Well, independent film studios have been releasing movies on demand via cable and satellite services, sometimes even before the films have opened theatrically in the Twin Cities.

Since 2003, IFC Films has done something really unique with films that they acquire for distribution. They release their movies in theaters, but also make them available through different cable providers across the country; those included in the Twin Cities are Comcast, DIRECTV, and Dish Network. With around ten films available at one time, you should have no problem finding a winner; there is a wide variety, and you can always watch the trailer before purchasing the film, which is available for 48 hours at $6.99. There are five movies currently playing or coming soon on IFC Films video on-demand (VOD) that may be the perfect cure for the summer hangover or drought of interesting fare at your local theater.

The psychological French drama/mystery Don’t Look Back is a head trip. Jeanne (Sophie Marcel) can’t remember anything that happened before she was eight years old. When Jeanne starts watching footage from a video camera of her family eating dinner, she sees different people other than her family in the video, and breaks into freakout mode. Suddenly, Jeanne notices that her husband’s face is metamorphosing into another face, as is hers. Jeanne eventually turns into another woman entirely, still named Jeanne (now played by Italian actress Monica Bellucci), and starts to realize she needs to figure out why or how this transformation is possible and if it has to do with her lost memory. Don’t Look Back does have a complex Kafkaesque story, but it doesn’t always work. Though never boring, at times the film turns into a ridiculous convoluted melodrama; director/co-writer Marina de Van seems to have borrowed story elements from directors such as Brian De Palma, Dario Argento, and David Lynch. There is solid camera work from Dominique Colin creating some intense horror scenarios, which don’t let up, especially in the film’s second hour. Don’t Look Back ultimately comes to a satisfying conclusion. (Available through 9/23)

The oddly tedious and aptly-titled UK film Bunny & the Bull redefines the term “quirky”; it’s a hit or miss affair. Writer/director Paul King’s film starts out with a fantastic opening credit sequence but then falls on its face more times than it should. Stephen (Edward Hogg) has been living in his flat for over a year without leaving. He can’t leave, as he’s been remembering a trip he took with his booze-infused, womanizing friend Bunny (Simon Farnaby) across Europe. The road trip consists of running into quirky characters such as an alcoholic ex-matador, a dog-loving vagabond, and a Spanish waitress who both of them fall for. King’s vision is striking throughout, with clever animation and stylized sets, but the jokes are mostly lame, and depend on the likability of each of these needy characters. Fans of the British television show The Mighty Boosh may tolerate the humor more than others, but spending much more time with these characters would have left an even more bitter taste in my mouth. (Available through 10/7)

Exam, an original take on Agatha Christie’s And Then There Were None, is a smashing film debut for UK writer/director Stuart Hazeldine. Eight candidates for a high-tech job are led into an isolated room, placed at separate tables with only a pencil and a single sheet of paper. In the room with them is a security guard and an Invigilator, who explains the rules of the test: “If you spoil your paper, talk to the guard or me, you will be disqualified. You have 80 minutes, which could determine the next 80 years of your life. There is only one question and one answer. Do you have any questions?” For the next 90 minutes, Hazeldine crafts a superb amount of detail and mystery in his screenplay and his set-up. Once the first candidate is eliminated, the tension is ratcheted up a notch as each candidate begins to work harder and faster to figure out the answer. With each character doing his or her best job, others are trying to stop them from figuring out the answer. While the end result could have been stronger, Exam is consistently diabolical, a suspenseful addition to the mystery puzzle genre. (Available through 10/23)

From Hong Kong master Johnnie To, his latest crime saga, Vengeance, seems familiar to his previous efforts (Exiled, Mad Detective, Triad Election), although it does have a nice twist, adding icy cool French musician Johnny Hallyday playing Costello, a man looking for revenge. Costello has come from France to visit his daughter, who’s in the hospital and whose family has been murdered. Costello hooks up with a three-man hit squad in search of another three mobsters who killed her family. As the film fires forward, Costello starts losing his memory and his crew are unsure about his past and his true identity. The premise works fine, but there are a few far-too-convenient scenes, one explaining how Costello meets his crew and another where the crew locates a few of the mobsters in Hong Kong almost immediately once they arrive. The story gets off to a bang, and then drags for a good 30 minutes before To’s shoot-outs, spectacularly choreographed and hugely bloody, keep Vengeance from drooping into pure cliché territory. (Starting 8/4)

We’ve had plenty of zombie movies in the past few years, but The Horde from France adds something new to the concept, even if the execution doesn’t follow through after a promising beginning. When a cop is murdered by drug- and gun-running gangsters, the police invade the gangsters’ hideout in a mostly abandoned apartment building. When the police and gangsters collide, there is a third party that wants in on the action: zombies! The zombies are fast, hungry, and mean, and there is nothing left for the two opposing sides to do but team up to kill off the running dead. Writer/directors Yannick Dahan and Benjamin Rocher offer a new view on the zombie/horror genre; unfortunately, the film is nothing more than nonstop screaming and violence with no explanation as to how the humans are turned into zombies or how or where they came from. It does provide a strangely gripping moment as one survivor offers himself up to “the horde” on top of a car with a gun and a machete. A purely escapist film doesn’t really need to explain the rules, but if the filmmakers wanted us to really care about any of the characters involved, they would have provided this Horde with more meat. (Available 8/11)