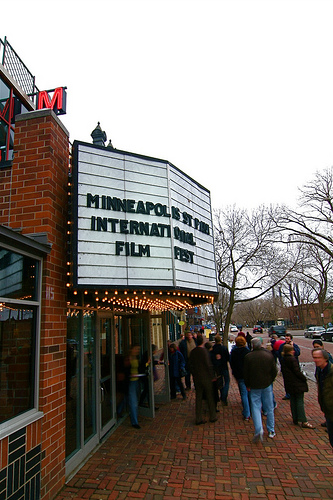 The 28th annual Minneapolis-St. Paul International Film Festival (MSPIFF) is only a day away; it runs April 15-30. We’ll be taking a closer look at not only the 140+ films screening from over 50 countries, as well as talking with a few key staff members working behind the scenes. We started two weeks ago with an interview with festival coordinator Ryan Oestrich and the second of our three interviews was with Linda Blackaby, chief film programmer for MSPIFF this year. The third, and final, interview we’re conducting is with MSPIFF director Al Milgrom.

Milgrom has been a fixture in the Twin Cities film community since 1962, when he started the University Film Society. Milgrom started MSPIFF in 1983 in Stillwater. It was then known as the Rivertown International Film Festival. In this interview, Milgrom talks about the history of the festival (now in its 28th year), some of his favorite titles in this year’s program, and how much work is done year-round to make the 15 days of the film festival a success.

Click the play button below to hear the interview.