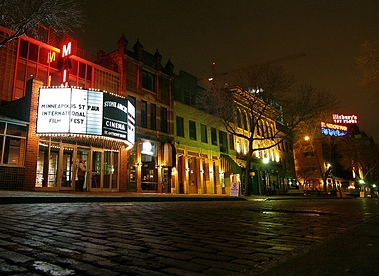 The 28th annual Minneapolis/St. Paul International Film Festival (MSPIFF) is only a couple of weeks away: it runs from April 15 through April 30. We’ll be taking a closer look at not only the 140+ films screening, but a few key staff members working behind the scenes—including festival coordinator Ryan Oestrich, co-programmer Linda Blackaby, and festival director Al Milgrom.

The first of our three interviews is with Ryan Oestreich, who could be one of the busiest men working in the Twin Cities today: he is the festival coordinator, venue manager, and late-night programmer for the festival. Oestreich has been with Minnesota Film Arts for a few years, propelling MSPIFF’s sponsoring organization in a new direction since they left Oak Street Cinema for their new home at St. Anthony Main. The first half of this interview is a broad discussion of the festival’s inner workings; we then talk about the specific films in the festival.