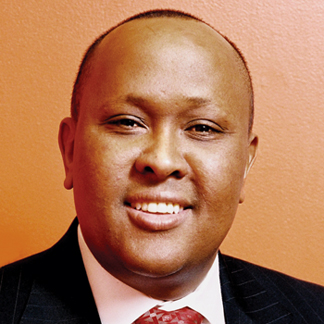 I sat down with Hussein Samatar on a sunny Sunday afternoon at Mapps Coffee, across the street from the African Development Center in the Cedar-Riverside neighborhood. Samatar is the director of the African Development Center (ADC), which he founded to help new immigrants adjust to Minneapolis and gain financial success. Samatar emigrated to Minneapolis 17 years ago from Somalia and is active in the Cedar-Riverside community. He was just elected to the Minneapolis Board of Education.

Samatar began the interview commenting on the title of the Twin Cities Daily Planet’s series on Riverside Towers: “High-rise ghettos or urban villages”. He said the word ghetto is “extremely loaded and misplaced … The term is being used towards people that are black. It is a racially loaded term. You do not hear it being used about white people in low-income communities. I really hope people will avoid it.”

TC Daily Planet: Do you think there are any positive aspects to the Towers and what are they?

The social aspect of it is positive. When people live close to one another they have a social capital and they can help one another. For example, when people are new and they live in close proximity, they can help each other find English as a Second Language classes. When someone goes to work and they have children, they have someone else who can take care of their children. Without relying on the government, you are relying on your own social and family network to make a living. You are expected, when you make it, to help the community back. Again, this has been true for the Swedish in the past and Somali that are here now.

Do you think there are any negative aspects to the Towers and what are they?

I wouldn’t call them negative but I would say there are challenges and living in very high density has its issues. Let me mention a few of these:

We also need services for early childhood development. They need to be ready for kindergarten. Also, when the elderly are not employed and do not have spaces to gather and socialize they feel left out of community. As for government services, we don’t have postal services or a local library. We have one small school.

Samatar continued to talk about the focus and goals of the immigrant community in the Riverside Towers.

I do not like to use the word immigrants. They are new Americans, because they are coming here and they are staying here.

My take is that the new Americans don’t come here to live high-rise. They come here to live American. They come to live to be prosperous. And they are all aware, they believe as America believes, that their children will do better. They are not coming to live in high rises but they find themselves living in high rises because it is affordable. I know when people look at the high rises from outside they try to project their fears on these high rises as if the people who live there created them, as if they are the architect.

I think the high rises are positive but can be a difficult place to live because sometimes they don’t create a cohesive, diverse and cultural community because when one group is there another doesn’t come.

So, what do I want to see? I want to see small, three to four story apartments, single housing family units, a lot of green space with a lot of amenities, and diversity.

Do you think this change you suggest would help foster more of a positive community and integration of people?

For me, the high rises are positive. They are what they are, what I’m saying   is they could be better. As far as I’m concerned it is affordable housing and that is needed. But what I’m finding is that the human condition is not meant to live in these tall high rises and should live with nature. Therefore I would suggest that would be a much better environment.

I would say that of the East African community that has lived here since 1992-1993, you wouldn’t believe how many families that have moved to every corner of the state. That would imply they are becoming part of Minnesota, that they are integrated, and that they are starting businesses

Are they moving on and moving up? Yes. With all the small resources are they starting businesses? Yes. Are they going to school for themselves? Yes. Are their children attending universities? Yes.

There are 700 students attending the U of M at this time that have touched, lived, or seen the high rises. The high rises are a gateway to come to the United States. You start here, but don’t stay long. Stay 3-4 years, and then move on.

So are you saying that the focus of the community should be to move up and move out?

[Mr. Samatar is a very eloquent and informed man, with many insights to share. This interview has been condensed for length and clarity.]