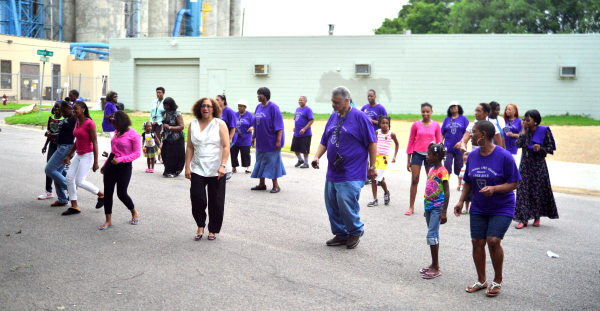 The five people who gathered at the house of Paul Brown in St. Anthony Falls in 1863 were the parents of what was to become the African Methodist Episcopal church of Mother St. James. What began as a small house-to-house prayer group in the middle of the Civil War grew to become a formal church only six years later. Mother St. James claims to be the oldest African-American-founded church in Minnesota. (The same claim is made by St. Paul’s Pilgrim Baptist Church, founded in 1863.)

Mother St. James is the oldest AME church in the state, the mother of them all. The African Methodist Episcopal denomination was founded by a former slave after the Revolutionary War in response to discrimination by white Methodists. That made the year of the signing of the Emancipation Proclamation an auspicious year to found the first Minnesota congregation. There’s another St. James AME Church across the river in St. Paul, founded in 1876.

Under its first official pastor, Reverend W. Hedgeman, the Mother St. James congregation grew large enough to need its own building. It found one in a church that had once housed a white congregation, but as they had no clear title to the land, the original owner was able to force them out and demolish the building. Several more moves were to follow. When St. Anthony Falls became a part of Minneapolis and the African-American population city moved to a different area, Mother St. James chose to follow its flock to 8th Avenue South. Their church bordered on the Rock Island Railroad Line however, and a railroad expansion forced them to sell their church to the railroad company at a loss. Another building that housed Mother St. James, on 15th Avenue South, fell victim to interstate highway expansion. It was not until 1958 that the church finally came to its current building at 3600 Snelling Avenue.

In 2003, Mother St. James welcomed Reverend Marchelle Hallman. Though the AME has allowed women to be ordained as pastors since 1924, Rev. Hallman’s pastorate in Duluth was the first for Minnesota’s AME churches. She is now serving in the role of the first female pastor for Mother St. James and is credited with the revitalization and foundation of several programs for youth in the church and the community.

As with any anniversary, it is not just the past that is on everyone’s mind. Reverend Hallman led the church family, friends and guests into the Hands Around Mother St. James event on Saturday July 13, with a grand celebration of music, storytelling, dancing and picnic.

Highlights of the service included a gathering of everyone present to join hands and encircle the church as the pastor and council members asked the Lord to bless the church and to renew the congregation for service into the future. Music was provided by the Mother St. James Reunion Choir, the St. James AME St. Paul Church Choir and the Capri Big Band. Kids were thrilled to see the local fire truck come by for a tour. The day came to a close with about fifty people gathering to dance the Electric Slide on the street by the church.
There will be more celebrations this week, including a sesquicentennial gala and dinner on Saturday July 21, and a sesquicentennial anniversary service on Sunday July 22, featuring guest speaker Bishop John Richard Bryant, Jr at 11:00 a.m..

When asked what one thing Reverend Hallman would like to the community to know about Mother St. James, she replied. “We are proud of our longevity, our work on social justice and youth empowerment programs.” With a smile, she added, “and that Mother St. James has been here before Minneapolis was … back when it was still called St. Anthony.”