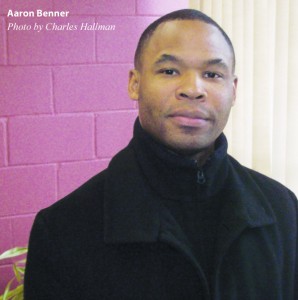 Last week the MSR reported that Black students in the Twin Cities are being suspended from school at rates far exceeding those of other students [“Black student suspensions soar”]. This week we hear from a St. Paul schoolteacher who argues that disruptive students are not being suspended often enough, and that schools across the nation are not holding Black students sufficiently accountable for their behavior.

At one time, Saint Paul Public School (SPPS) District policies called for “zero tolerance” for such negative behavior as fighting in school. SPPS teacher Aaron Benner says he didn’t believe the rumors a few years ago that principals had been told by school officials “to stop suspending Black boys.” However, after a former principal later admitted as much, Benner said he began to believe it.

“I was seeing vicious fights at my school, and the kids were right back in the classroom,” notes Benner, a fifth-grade teacher at Benjamin Mays who has taught in St. Paul for 17 years. “I was seeing behavior that was a no-brainer for suspensions or removal, but nothing was being done. The behavior of African American students has been getting worse and worse.”

His frustration over students not being suspended “has been building up for years,” says Benner. An incident that occurred on the playground last fall finally led him to speak to St. Paul school board members in December.

During a recess, one of his Black male students “punched me right in the chest,” recalls Benner. “My kids were shocked.” Although the incident was witnessed by another staff member who reported it, Benner says the student was not suspended for his actions. “That boy was back in my room within 25 minutes.”

It especially bothers Benner when he hears some Blacks suggest that misbehaving Black students are the result of cultural misunderstanding. “It is not Black culture” to speak loudly in class out of turn, or to be disruptive during instruction, he strongly points out.

“I call this ‘the great set-up.’ That’s demeaning and is not part of us. Our kids are being set up for failure. We’ve got a whole different set of rules just because you want to lower the [Black suspension] numbers. I told my principal that I am going to the school board. I told him his hands are tied.”

“Our kids are being set up for failure.”

After his appearance at the December 13 St. Paul School Board meeting, a Minneapolis newspaper reporter contacted Benner and featured him in a published article last month. However, Benner says the article gave readers the wrong impression, suggesting he blames parents and the Black community for his district’s high Black student suspension rate.

“The article was supposed to be written on how I handle discipline. It was nothing like that,” says Benner.

“My community must take the lead in correcting our children’s behavior,” Benner said in his three-minute speech to school board members. “It breaks my heart to see students who look like me behave so poorly in our schools. We have a great opportunity before us to attack this issue with courageous and honest discussions!”

How did the school board respond? “They just sat [there] and nodded,” says Benner. “There was sporadic clapping from the White people in the crowd.”

Benner does not dispute the disproportionate suspension rates from nationwide federal data cited in last week’s MSR story. “We all should be upset with the disparities, but teachers do not suspend students. We don’t have the power to do that.

“People are [surmising from the data] that teachers are unfairly picking on [Black students],” he believes. “Does that mean we value Whites and Asians over Black kids? I love teaching. I love my students.”

However, Benner adds that school administrators should stop “the old song and dance” in handling misbehaving students, regardless of race. If this means suspending them, then so be it.

Benner suggests that some teachers must do a better job handling problem students within their classrooms. He uses a variety of strategies including having parents’ phone numbers “on speed dial” on his cell phone.

“I get called all the time [from other classrooms]: ‘Mr. Benner, I’m going to send these four kids because I can’t handle them.’ When the reporter came, I had six kids in my classroom who were from different classrooms.”

He, however, holds his students accountable for their learning and behavior. “I never want to humiliate a kid,” explains Benner, adding that after three or so warnings to the disruptive student, he asks them to leave the classroom.

“Maybe some kids have to blow off steam — I don’t mind that. But after so many major disruptions, that child has to be removed, because in the real world you will be removed from society,” says Benner.

“I am trying to be a teacher, but I’m also trying to show these young Black kids that it’s different for us. I tell them all the time [that if] I go to the mall dressed in my suit and tie, they call me ‘Sir.’ If I go in some sweatpants, they follow me around.”

It also bothers him seeing “the peer pressure Black kids put on each other about being White and smart,” says Benner. “I have smart kids in my room say, ‘I want to be bad and disrupt class.’ If you are a smart kid, you’re called a sellout… That’s a form of bullying,” says the teacher.

“Instead of suspending kids, have a licensed teacher in a separate room and he or she have the curriculum for the whole school, kindergarten to sixth grade, so when that problem child comes, he or she is not losing learning time,” Benner suggests. “I even offered to be that teacher.”

Benner invites community folk “to please come into the lunch room, walk the halls, and step into a classroom” and see for themselves what is going on. He adds that “an open and honest dialogue with the Black community,” including parents, teachers and others, would take place soon.

He wishes more Black teachers who tell him they agree with him would speak out as well. “I want the Black community to understand that there are some things going on in these schools that our kids have to be held accountable for.”