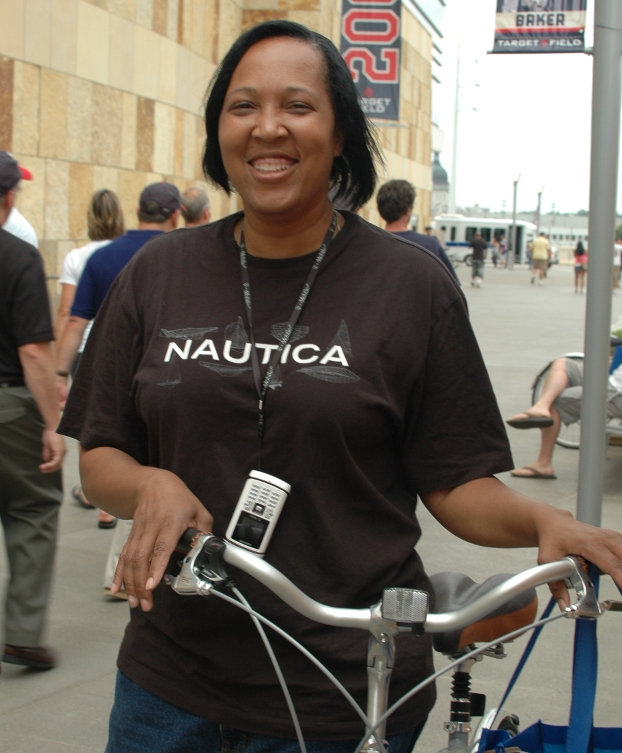 Damita Hawkins of St. Paul outside Target Field with her new bike.

It’s been 25 years since St. Paul’s Damita Hawkins started her sit-down desk job with the state.

“I was a lot thinner,” the 47-year-old mother of two confessed Tuesday outside of Target Field. “I could hide behind a tree then.”

As Hawkins spoke she leaned against her brand new Jamis commuter bike, which she plans to use to get back into shape and set a good example for her children.

Hawkins was one of 30 local residents who received free bikes as part of Bicycling magazine’s BikeTown USA program. Hawkins and the others wrote short essays for Bicycling about how having a new bike would “change their world.”

Now, in exchange for their new rides, the magazine will follow the group over the year and chronicle their progress. Since the program started seven years ago, it’s given out more than 2,000 bikes in 38 cities. Executive Editor Dave Howard said the program has helped its participants lose weight, battle depression and rekindle their childhood love of riding.

Stay-at-home-dad Zachary Moore, 28, said he’ll finally be able to use the bike trailer that’s been gathering dust in his garage. Brian Watson-Jones, 29, said he’s going to use his bike to expand the radius of his geocaching hobby into lesser-explored neighborhoods in the metro area.

And hairstylist Vernita Englund, 28, said her bike is going to help her stay out of bars, appreciate life’s simple pleasures and be good to her body.

“I want to get back to the basics of enjoying life, and back to being more happy,” said Englund who, before Tuesday, only had access to a “junky old bike.”

Having a new bike fits into Diane Hughes’ preexisting fitness routine. Over the last few years, the 45-year-old elementary school teacher, below, has lost nearly 100 pounds. Now she’ll be able to bike to work in Champlin from her Coon Rapids home. 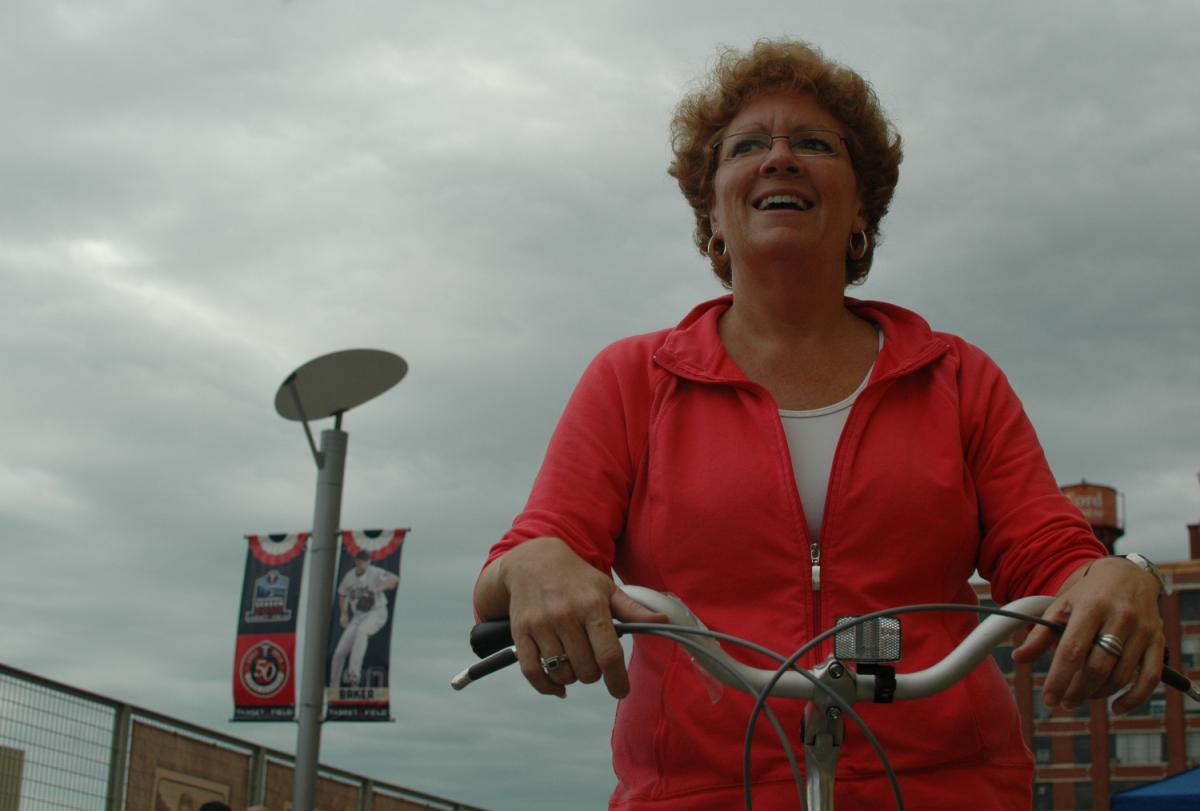 While it’s been nearly 30 nears since Damita Hawkins has ridden a bike, it’d been only a matter of minutes since essay winner Steve Freese, who teaches sixth-grade math in Edina, had ridden his. All year, Freese said, he does his 9.2-mile commute from Bloomington by bike. He also spends a good amount of time making trouble with fellow single-speed riders from 29nSNGL, a local grassroots group.

This is Freese’s first week back to school, and he can’t wait to test out his new steed.

“This is best thing to happen to me all summer,” he said. “I must have told like fifteen people today.”

When it starts to get snowy and slushy he’ll bust out his “winter beater” model and store his Jamis in the garage until spring.

And then, after he’s fulfilled his duty to the magazine, Freese hopes to pass along the solid bike to someone who hasn’t yet caught his commuting bug.