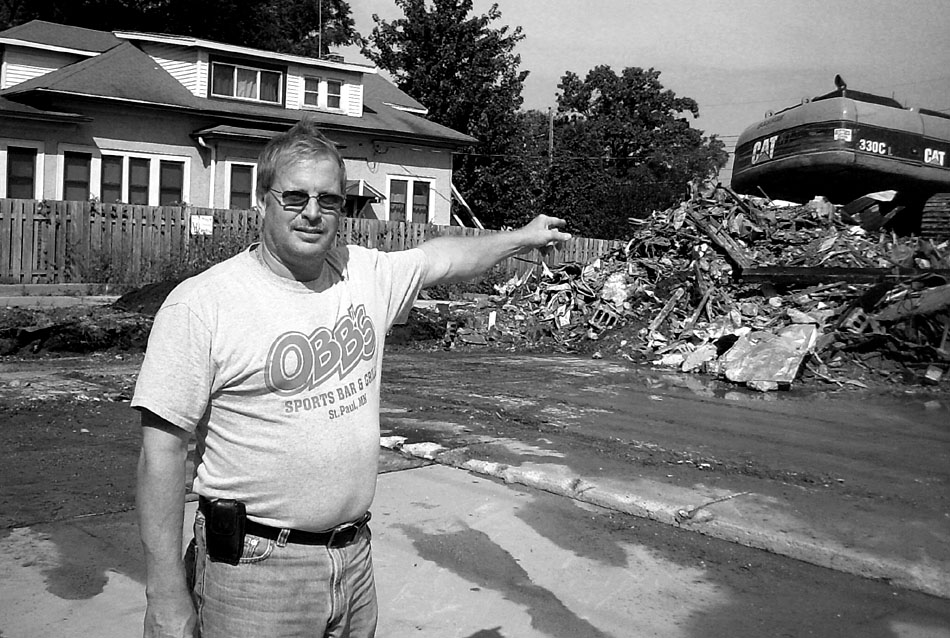 Obb’s Sports Bar & Grill at 1347 Burns Ave. has been a victim of its own success with lots of customers but very few parking spots in the small parking lot behind the building. And as last winter demonstrated, parking on the surrounding streets isn’t easy when the snow starts piling up.

To alleviate the parking problem Obb’s owner Jim Johnsen recently purchased the empty gas station located just to the west of Obb’s on Point Douglas Road and Burns Ave. On September 1st the station was razed as the first step in building a much larger parking lot.

The next part of the project is a bit more complicated. There are two streets separated by a small triangle of land between Obb’s and the area previously occupied by the gas station. First the small portion of Clarence St. that runs next to Obb’s will be removed. Then the section of Point Douglas Road that is now located on the other side of the triangle will be relocated to the far west end of the gas station property.

After the roads are rearranged a parking lot with over 40 spaces will be constructed directly west of the bar so patrons will no longer have to dodge cars or climb over snow mountains to reach Obb’s. The entire project will be completed sometime next year. 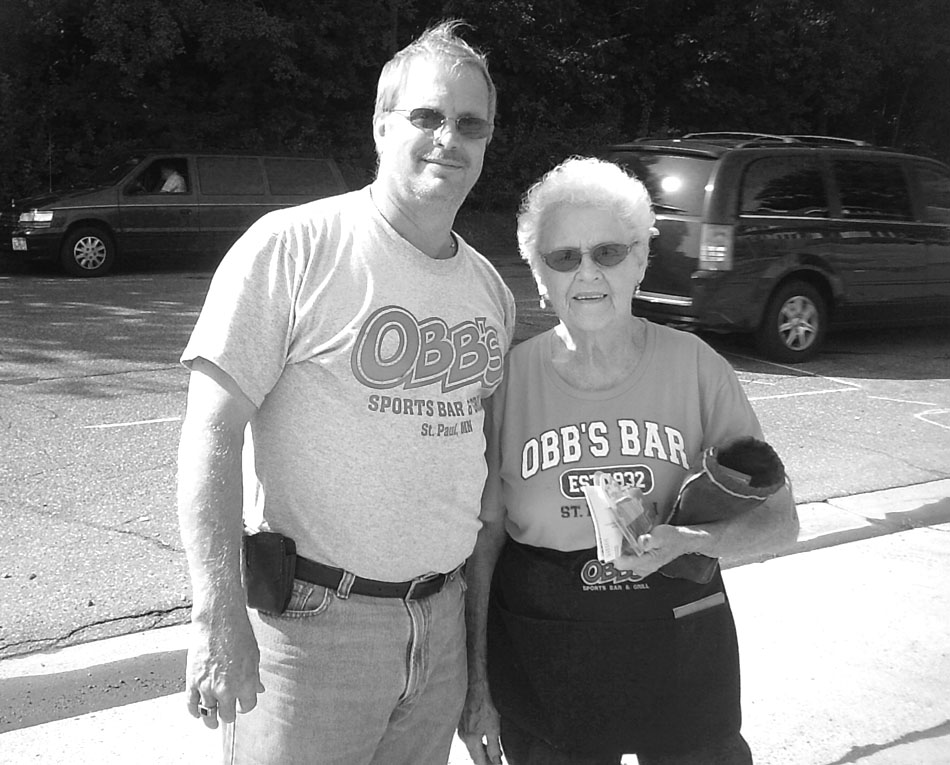