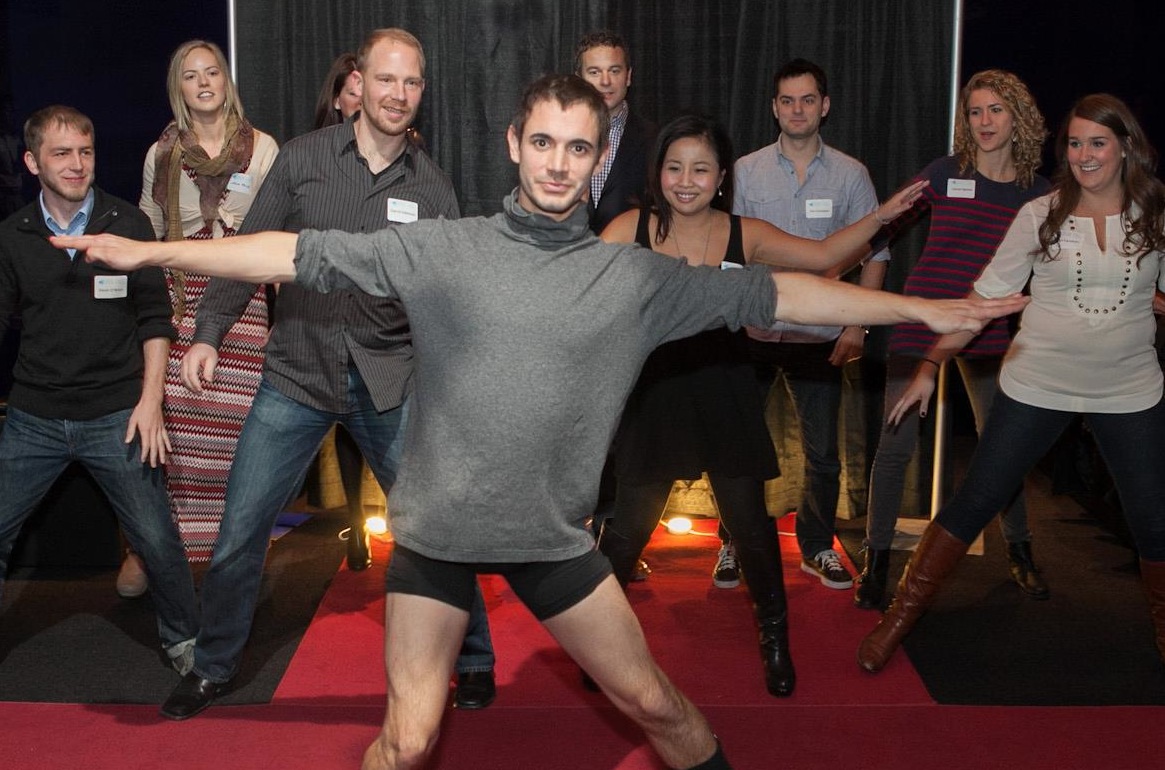 I had quite a few responses to the column I wrote about a month ago about how theater should be more like rock shows. Most of the commenters did not at all like what I had to say. I’m always happy to generate discussion, but I feel like I’ve been pissing people off right and left with this column lately (people were just livid about my caucuses are stupid piece), which confuses me because I don’t mean to be contrary, it’s just that I write in my column whatever I happen to be thinking that day.

For the theaters as rock show piece, I did get a couple of high-fives from my friends at Savage Umbrella, a few positive e-mails, and an e-mail from a woman named Caroline Wigmore who lives in London (she’s originally from Minnesota) who wrote about how in London, theaters often sell standing room only tickets, allow alcohol in the theater, and have social time before and after shows. She also said that commercial theater is hugely successful over there, and most artsy people see an average of one theater show a week. Sounds awesome to me!

I also got an email from Andrea Rose Tonsfeldt, from Mission Theatre Company, who said she thought I might like their production of A Midsummer Night’s Dream because the show used local musicians to create a soundscape and explored the darker themes in the show.

I attended Midsummer on Friday, and I did very much enjoy the music (there were some wonderful singers) and Tonsfeldt herself was quite lovely as Titania. The young cast did an admirable job (Michael Kelley was particularly good in his testosterone-driven take on Oberon and Theseus) and the set by Craig Fernholz, John Sylvester, and Cory Fox created a sense of magic in the show.

So I have no complaints about the production, and really, it’s a great play, and Tonsfeldt was right that the production did make me more aware of some of the darker elements. But the thing for me is that I’ve just seen Midsummer so many times—at least a dozen, and I’ve been in it four times, so at this point in my life I wouldn’t probably choose to go see it unless, like in this case, I was specifically invited or I had some relative performing in a production.

You see, it’s not that I don’t like the classics or Shakespeare—it’s just that at 35, there are certain ones that I’ve seen over and over again. I mean, how many times can a person see Hamlet or Macbeth or Much Ado until you don’t really need to see them anymore?

I liken it to my relationship with Rembrandt’s Lucretia, at the Minnepolis Institute of Arts (MIA). It’s probably my favorite painting. I’ve seen it many times, and am always affected by it. But I never go to the MIA just to see Lucretia. I go to see whatever new exhibit they have (not necessarily contemporary, just not part of their permanent collection), and if I happen upon her, it makes me happy?

Anyway, I did want to give props to Mission Theatre Company for attracting a mixed-age audience, and I think their demographic is well suited to some of my other ideas such as pre and post socializing, drinks (I realize licensing is an issue) and snacks.

I also wanted to mention a few other positive things I see happening in town. I’m talking less about the quality of work (although, clearly that’s part of the equation) than really just making the experience more fun and welcoming.

These include elements that I mentioned in my original post, and also some other things that I thought about later that I really enjoy.

First, a shout-out to How Dare You, organized by Skewed Visions. I attended one of these after one of the Walker’s Out There shows, and I thoroughly enjoyed myself. Generally, I very much dislike formal post-show discussions, because by the time I’ve sat through a whole play, the last thing I want to do is to continue to sit in the theater, even if I find the discussion interesting. What’s great about How Dare You is that you actually leave the premises, and because it’s operated without association with the producing theater, the discussion can be a bit more honest and open. Plus, food and drink. To me, those are essential.

That being said, I do also like that the Walker has that bar on the second floor where you can stop before seeing a show; the Walker invites audiences to the top floor bar afterwards. They also do post-show talks (which I avoid), but I like it when the artists are there to mingle with the audience after certain shows.

I haven’t yet attended one of the Guthrie’s “Open Call” nights, but I do like the idea of it, especially given my belief that people should be allowed to tweet during shows, and the added benefit of socializing before and afterwards. The only problem is that at $50, that’s a bit pricey. I feel like I’d be more into the idea with a cheaper ticket and you pay for your own booze. But maybe it’s perfect for young professional types.

The Red Eye, the Jungle, Open Eye, and the Southern (I’m sure there are others) all do receptions either on opening night or for opening weekend, and I always enjoy that. I had a lot of fun recently after seeing Frank Theatre’s Misterman opening at the Southern. It just makes the whole experience so much better when you can chat with people afterward about what you saw, with a glass of wine and maybe a cookie (the Jungle and the Red Eye have particularly elaborate food spreads).

Speaking of snacks, I also love seeing Mixed Precipitation’s Picnic Operetta shows because you get to eat little tastes of delicious food and be surrounded by a beautiful community garden.

Pillsbury House Theatre recently presented Sharon Bridgforth’s River See, where the audience was included as creative forces in the show (if they chose). I absolutely love this idea, and wish that more theater artists would keep pushing this form of engagement.

And of course In the Heart of the Beast has been doing community-oriented participatory theater for years and years. May Day itself is simply the best theatrical/community event that happens each year in the Twin Cities hands down, and other shows, such as La Natividad, similarly include guests to be part of the show.

I am anxiously awaiting the official grand opening of Bedlam’s Lowertown space. I used to love their old space for a number of reasons- but especially because of how fluid the space was. You could walk in and out of the theater without it being a big deal, there were refreshments and good food and they really just pushed the whole idea of a social setting, which I liked. (I like the Bryant-Lake Bowl for the same reason).

And of course, there’s the Fringe, which I have a love-hate relationship with, but I can’t deny that it’s the most social the theater scene gets in the Twin Cities.

I’m sure I’m missing a bunch of other examples of theaters that are doing well at creating a lively and fun atmosphere. What are your favorites?