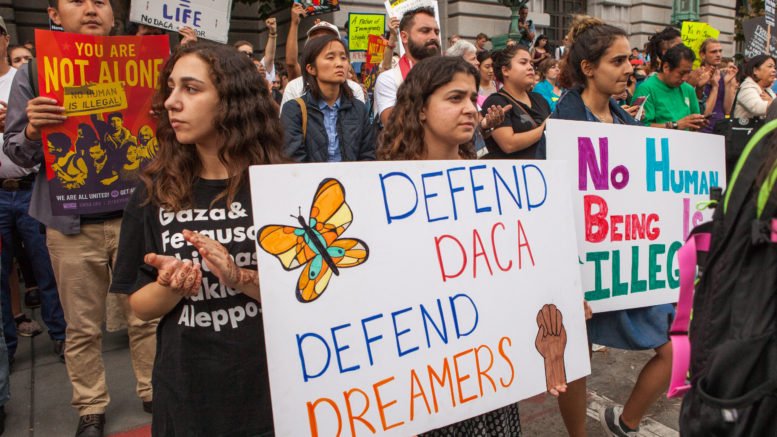 Photo courtesy of the Somali American.

Some constituents in Minnesota have been turning to congressional offices to speed immigration-related processes and services that normally take weeks, such as expediting applications, securing appointments and more. Congressional offices noticed this uptick of communications with immigrants and refugees immediately after the Jan. 2017 U.S. ban of travel from seven predominantly Muslim countries.

“We can help facilitate expedited processing for the necessary travel documents,” said Ben Hill, Senator Amy Klobuchar’s state director. “[This] technically takes weeks and we do it over the course of a day to get the things they need so that there’s no fear about gaining entry back into the country.”

Find out more in The Somali American.

Thanks to a new greenhouse, Project Sweetie Pie, a black-owned urban farming nonprofit, hopes to grow food year-round for Northside residents, keeping the cost of produce down and encouraging healthy eating and community engagement through urban farming. The greenhouse could grow up to 18,000 pounds of food every year, providing edibles as well as jobs and infrastructural growth.

“What we have here is what can be used as a national model to feed communities and provide economic opportunities,” said Michael Chaney, founder of Project Sweetie Pie. “I want to create an infrastructure for enterprise creation. We will use this [greenhouse] to drive the economic future for communities at large. Food is money. Everybody needs food.”

Get the full story at Insight News.

Twin Cities residents can learn about the racist history of housing in the Twin Cities with a new event series touring historic sites of housing discrimination. In Minneapolis alone, members of the white community established approximately 10,000 racially restrictive deeds, also called racial covenants. These covenants profoundly affected the racially segregated and economically disparate formation of our neighborhoods through the present day.

“We wanted to make the map in such a way that it was a catalyst for conversation,” said Mapping Prejudice Project Director Kirsten Delegard. “Even people who are well informed about our contemporary disparities just don’t have historical background to understand how we got to the place that we are today.”