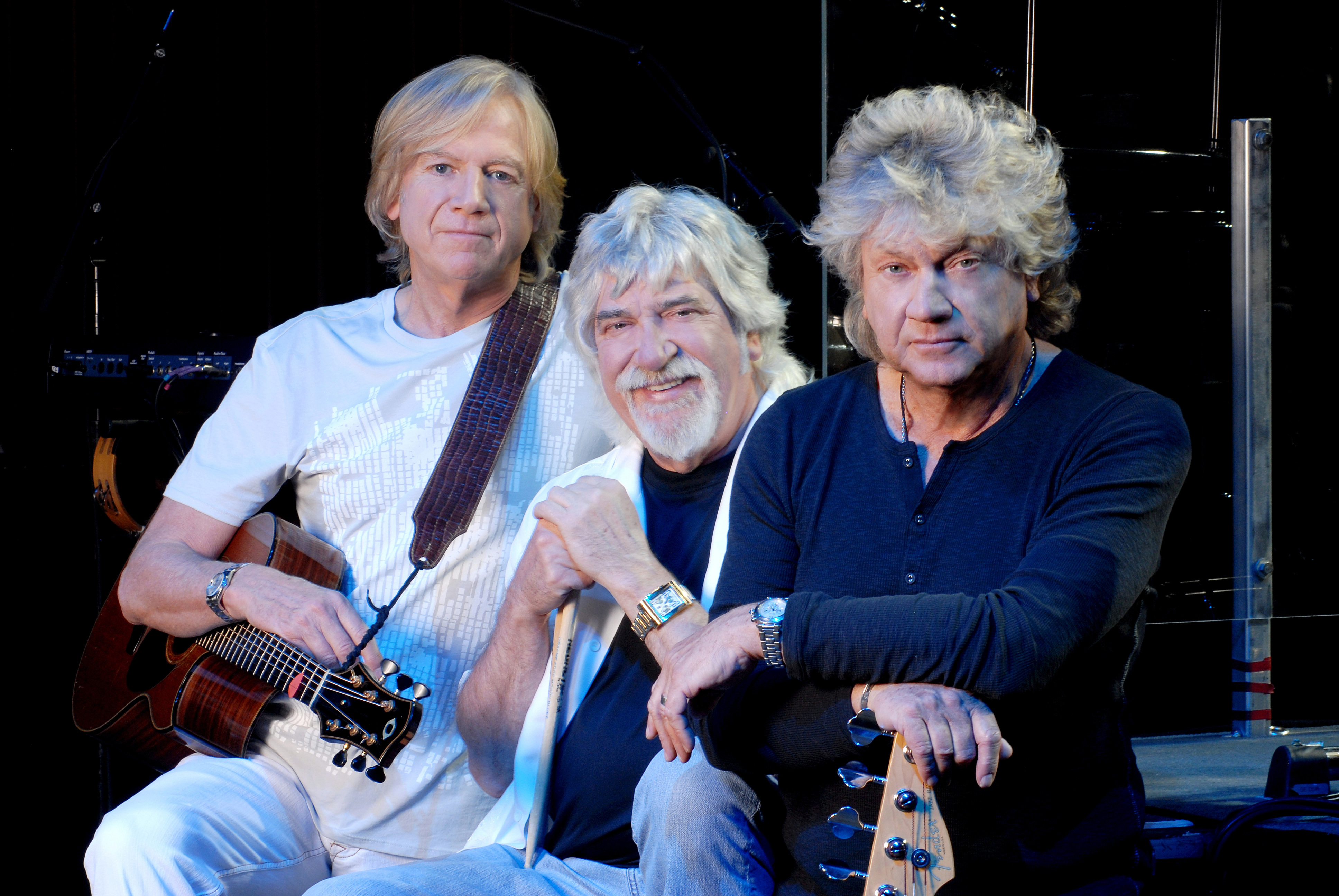 In 1964, the Moody Blues were part of the blues-pop wave of Britain’s historic “invasion” that took over American radio, along with the Beatles, the Rolling Stones, the Yardbirds, the Animals, and others. The Moody Blues didn’t have sticking power and, after flashing in the pan with the hit “Go Now,” lapsed into obscurity. The band name reappeared in 1967 and it seemed the band had reinvented itself, returning with what could be called symphonic rock. Days of Future Passed, recorded with the London Festival Orchestra, looked like an evolution for the band into an innovative sound of soft-rock set to strings, with lyrics that had a sensitive bent bordering on profound. Turns out it wasn’t a retooling of the music (as happened with, for instance, Manfred Mann) but a signicant regrouping of personnel.

The new lineup was chief songwriter, guitarist and frontman Justin Hayward with bass player and songwriter John Lodge (both sang), plus Michael Pinder on keyboards, Ray Thomas (flute, horns), and Edge (who wrote Pinder’s famous narration for “Nights In White Satin”). With the blessing of whoever owned the rights, they shrewdly grabbed the group’s name and the international recognition that came with it. Producer Tony Clarke and arranger Peter Knight juiced up the sound with walls of cascading violins, banks of bright horns, and so forth, leaving enough bass, drums, and guitar to remind you it’s a band. From there, the rest is a track record of hit album after hit album as the gimmick proved quite durable. They never recreated the success of Days of Future Passed, but came close enough to qualify as one of the music business’s greatest success stories. For the longest time, a guy trying to score points with his date and convince her he was a thoroughly modern, touchingly vulnerable male had only to slap a Moody Blues LP on the stereo and he was well on his way to, shall we say, softening her heart.

June 8th at the Orpheum Theatre, it was Hayward, Lodge, and Edge with help from Norda Mullen (flute, acoustic guitar, vocals), Gordy Marshall (backup drums), Julie Ragins (keyboards, vocals) and Alan Hewitt (keyboards). The set list was a selected from more than a dozen releases with highlights including, of course, cuts from Days of Future Passed. It was great to hear a stripped down “Tuesday Afternoon” without all those syrupy strings, especially since Hayward is an interesting guitarist who never takes a riff quite where you think it’s headed. The guy is inventive with a sharp ear and clean style, and never gets lazy enough to start repeating licks from one song to another. It was the same with “Question,” a rousing foot-tapper proving that, even without over-the-top production, these boys have always had strong chops.

Other winners included “Your Wildest Dreams,” “I’m Just a Singer (In a Rock and Roll Band),” and  “Nights In White Satin.” It was disappointing, though, that Mullen simply read her solos, doing note for note exactly what was heard on the tracks’ studio versions. Also, Lodge was serviceable, just not in his finest voice. And while he didn’t chew the curtains, he hammed it up sufficiently that with bread and cheese, he’d’ve made a sandwich. (Which really wouldn’t matter—who’s hammier than Jack Bruce?—except Lodge is not exactly a virtuoso on bass guitar.)

The presentation was dated, a gigantic light show running psychedelic images behind the band. It was also, at intermission, kind of incongruous. Light shows, back in the day, were a sign this or that group was cool, not into crass commercialism. Everyone, it goes without saying, wanted to make money—otherwise why sell tickets?—but, you had to be cool about it. Not this evening. As the guys and gals on stage took a break, the overhead screen urged everyone to go out the lobby and buy merchandise. Kind of funny when you think about it. What Moody Blues fan needs any encouragement at all to go drop some dollars on paraphernalia by which to remember the night?

Bottom line, everybody went home happy after a night of good music.