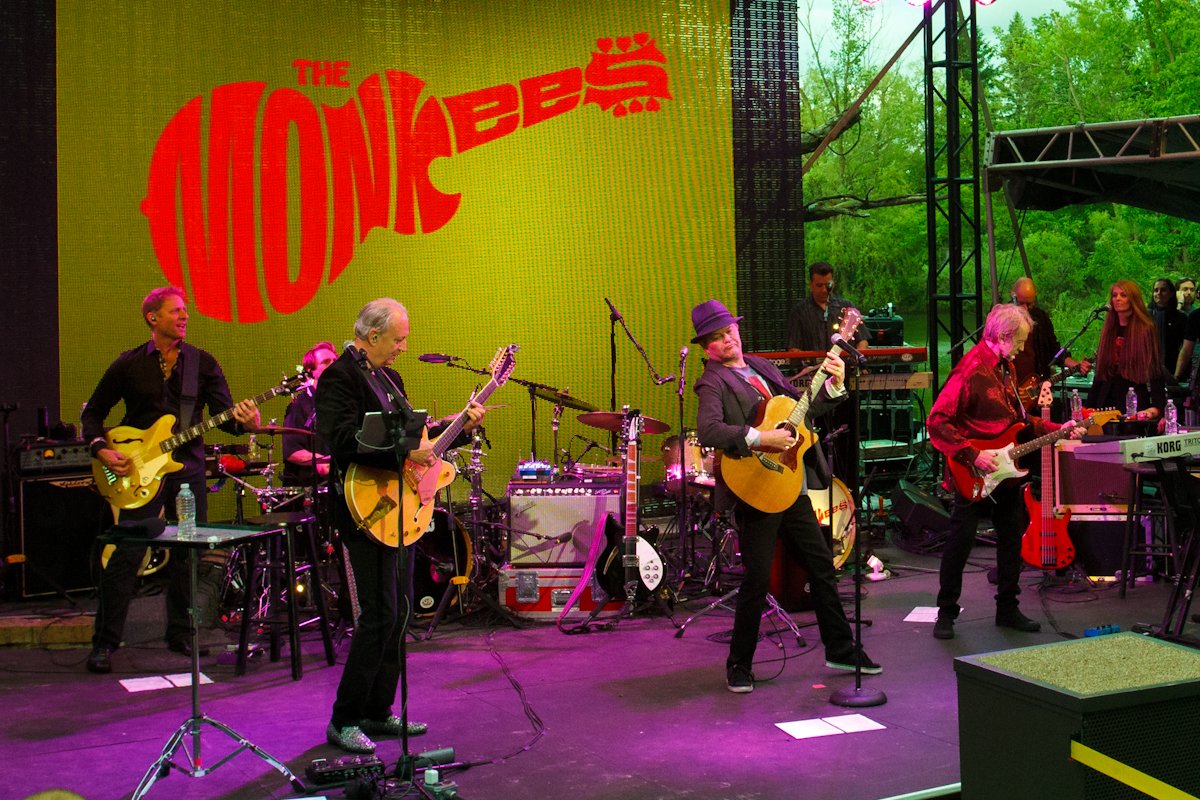 Outdoor music lovers rejoice, summer is here and the 2014 Music in the Zoo series kicked off on Monday, June 2nd with a nostalgic performance by The Monkees. Surely Davy Jones is missed, but Micky Dolenz, Michael Nesmith and Peter Tork are carrying on the legacy with a well thought out show that touches on the many highlights of this band’s wild ride. The mood was set with a few funny video shorts from their hit TV show leading into one of their best known songs Last Train to Clarksville.

The three longtime collaborators still seem to be having fun together and it transfers directly to the audience who appeared to be really excited about this show. The Neil Diamond penned “I’m a Believer” and “Steppin’ Stone” came back to back and had fans up dancing and singing along. Dolenz and Nesmith handled most of the lead vocals, but the spot light was shared pretty evenly as each showed their skill on various instruments.

During short set breaks it kind of felt like being at a drive-in movie as more of their extensive video catalog really brought out the feeling of that era and had the audience laughing and reminiscing. In their time, many did not think of the Monkees as a serious band, however the two-plus hour performance was a good reminder of just how much good material this “made for TV” group actually did produce. Maybe the best example was the set closer “Daydream Believer,” which was a standout moment with the night’s best crowd participation.