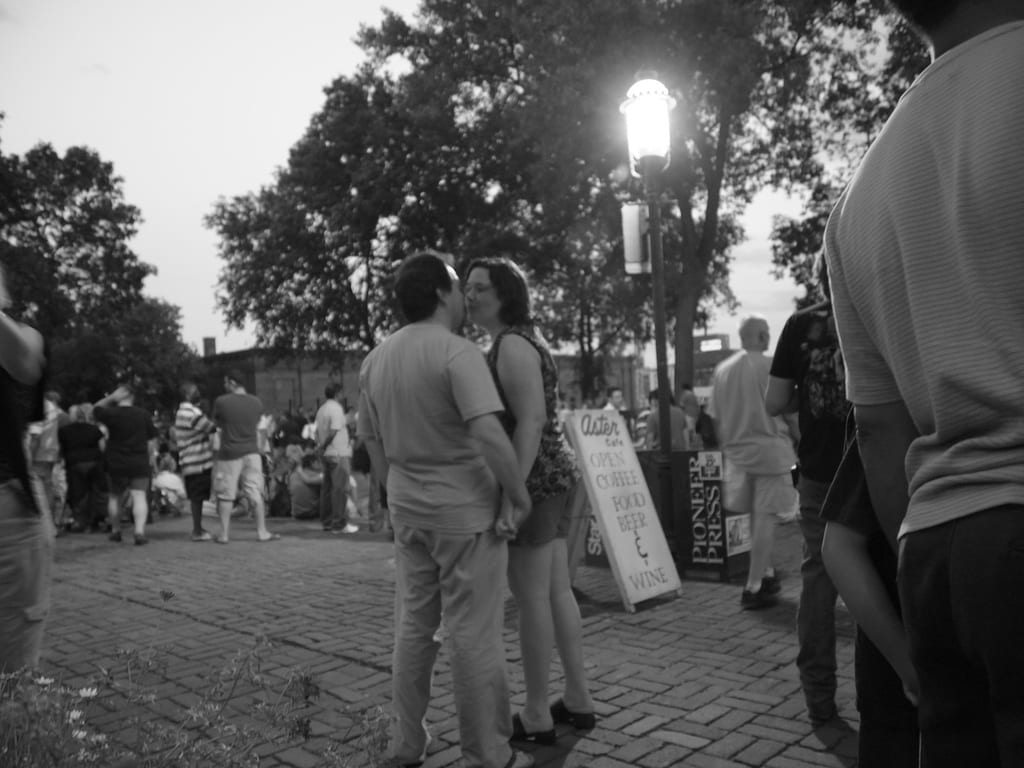 Minneapolis is no small town, so you’d think I’d have avoided coming up with a term for the fact that many of the folks in my group of friends have all dated or jumped into bed with the same dudes. Well, I haven’t; I call it “MNcest.” The term can be defined as such:

MN•cest  |min-sest| (noun): the phenomenon, occurring in the Twin Cities, of sleeping with someone and then realizing that pretty much everyone you know has also slept with him/her.

i.e. “Hey Patsy, you slept with Charlie, too? Man, our lives are full of MNcest!”

I thought that moving from small town everyone-waves-to-everyone-because-you’re-probably-within-a-degree-of-knowing-them to a “big” city would mean that the days of everyone swapping man- and lady-friends with each other would be over. I was wrong.

I’ve tried online dating. In fact, my profile can be currently found on OKC. I thought: I’ll meet new people! Guys my friends don’t know (or guys whose man-parts my friends don’t know, at least!) Right? Nope. Well, sometimes. Then I decide it isn’t working out with this one fellow and I recommend that my friend date him. A year later this same friend and I have dated or at least come close to dating three of the same men. It’s actually not a problem at all in this case. But sometimes when you realize that dude you’ve always thought was super, super hot is now dating your best friend’s roommate, it can be really effing strange.  I mean, does it make you a bad person if you still want to get him naked?

One night last month I met a guy and brought him home to, um, “see my place” (maybe next time we’ll talk about the five-date rule my friends have now given me). Two days later I found out that one of my close friends and her boyfriend had just been drinking beers and gnawing on chicken legs at a BBQ with him the very next night. It makes it hard to not find out way too much about a person. We already have the issue of the overuse of social media. You meet someone once, bookface stalk him a bit, and suddenly you know what his ex-girlfriends look like and whether or not he wears tiny little man-trunks at the beach. You know from his tweets what he eats for breakfast and if he trims the hair of his man bits. So when suddenly your friend knows his high school girlfriend and you now know that he has a lot of ex-girlfriend baggage, well, it might be more than you wanted to hear.

A couple weeks after that incident, I went to the Barbette block party and stopped in at a friend’s place. That friend happens to be related by marriage to my college boyfriend but that’s not the weird part. A guy I dated for a couple months happened to be standing on the porch of this friend’s place. Then, just as I was wondering if this is all too weird for me, my last long-term ex-boyfriend walked by with his girlfriend. Suddenly I remembered the Freedom from Pants bike ride on the 4th of July. I recall thinking: “I’m dancing topless on a beach with at least four guys I’ve slept with.” But that’s a story for another day.

At least when I lived in a small town I was expecting to know the quality of a guy’s smooching before I even went out with him, but being a Twin Cities gal now, I thought I’d avoid that. Wrong again! That being said, maybe there’s something positive to it. You’ve got friends with first-hand experience warning you about the crappy guys who tweet about what they ate for lunch. You get forewarned about whether he can’t commit or is bad in bed. But when it just all feels way too MNcestual for you, I suggest you branch out a little and try to find someone with whom you can find a little mystery. It’s kind of nice to find out some things about a guy by dating him, instead of hearing those things from eight people you know and reading about them on his fbook wall. Got ideas on how to find men outside of your circle? Send ‘em my way!