Minnesota is among 10 states recently approved for a No Child Left Behind (NCLB) waiver. The waivers were granted “in exchange for reforms” at the state level, Obama administration officials announced February 9.

“Our administration never [abandoned] the core goals of No Child Left Behind,” says White House Domestic Policy Council Director Cecilia Munoz, adding that making changes in NCLB “is five years overdue.” Munoz and Education Secretary Arne Duncan both spoke to reporters, including the MSR, during a February 9 conference call to announce the waivers.

The federal government should be in a supportive role for elementary and secondary education reforms at the state level, she adds. “The best ideas are not going to come from Washington alone. School districts are in the best position to determine the right strategy for its schools and its children.”

Duncan explained that the nine states met three key requirements: implementing “college and career-ready standards,” a state-level accountability system that offers “flexibility to tailor solutions based on a particular need of local schools and students,” and “addressing schools at the very bottom and targeting with an aggressive effort of turning them around.”

The flexibility will better serve Blacks and other students of color as well as students with disabilities, says Duncan. “We fully believe that these states’ accountability plans will reach many more children and get more resources to children who are at risk,” he points out, adding that NCLB didn’t always measure success. “The only reward for success was not being labeled a failure,” the education secretary says.

Under NCLB, many Minnesota schools were mislabeled and unfairly sanctioned as failures. Beginning this fall, “MPS will no longer face the same proscriptive actions identified under No Child Left Behind” because of the state waiver, Minneapolis Public Schools Superintendent Bernadeia Johnson said in an email response to the MSR last week.

“Minneapolis Public Schools has a strong strategic plan in place to lead accountability efforts and reform strategies that address the specific needs of struggling schools and students in Minneapolis,” she noted.

Johnson believes that the waiver “will provide a better, fairer way to measure how our schools are doing. It will allow the Minnesota Department of Education [MDE] to partner with school districts, teachers and parents on research-based local solutions with schools that are identified as most in need of additional help.”

“What we are excited about most is the opportunity to work with our local school districts” in creating a better accountability system, said Minnesota Education Commissioner Brenda Cassellius during a February 10 conference call. 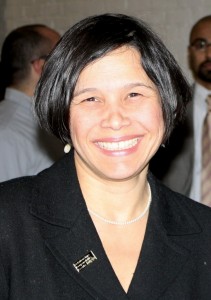 The MDE accountability system will focus on closing the achievement gap and promoting high growth for all students, create incentives for high-performance schools. and provide support for locally developed school improvement plans. Also, all schools will be given an annual Multiple Measurements Rating (MMR), which will measure four areas: proficiency, student growth, achievement gap closure and graduation rate.

However, the Average Yearly Progress (AYP) list of poor performing schools released prior to the start of the new school year, which many critics called unfair, still will exist. “We will be reporting that out [each year] in a whole different way now,” the commissioner explains.

“We will be going in and working with school districts side-by-side on those strategies. We are going to be working with those schools quite strategically.”

Asked his views on Minnesota receiving the NCLB waiver, Vernon Rowe, an MPS middle school assistant principal, said, “It was about time.” He told the MSR last week, “I believe in theory there were some good points. However, in practice it left many things to be desired. It needs some revamping.”

“What we are trying to do with No Child Left Behind,” says Cassellius, “is give schools credit to be able to move students closer to goals that are attainable and realistic. That is the goal for all students.

“We will be engaging stakeholders” such as local community organizations, and the MDE will provide “greater community engagement because we have to have localized strategies,” she explains. “We will be going out talking to parent groups, teachers, etc. We will require that these schools engage the community in those decisions.

“What we are excited about most is the opportunity to work with our local school districts” in creating a better accountability system, concludes Cassellius. “We are looking forward to working supportively rather than punitively.”