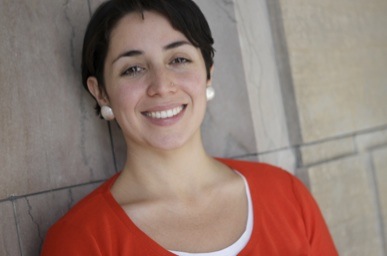 Alondra Cano, a long-time community activist, is running for the Minneapolis City Council 9th Ward seat, as incumbent Gary Schiff runs for mayor. She currently works as a Minneapolis Public Schools Senior Communications and Public Affairs Specialist. The TC Daily Planet interviewed Cano to find out what makes her tick. The interview is presented in two parts: In this article, she describes her motivation for running for City Council and her experience as an activist with the Minnesota Immigrant Freedom Network and in the halls of city government. The first article described her early life in rural Minnesota and Mexico and her movement into student activism at the University of Minnesota.

“Cliché but true, but by doing lots of work, fighting the closing of the General College, working on the Dream Act and other student work, fights non-stop, I came to understand that my motivation is my love of others,” Cano said.

Citing Che Guevera, “…the true revolutionary is guided by great feelings of love,” she went on to say, “I’ve found my calling in helping others who lack rights. I’m a very dynamic, happy person, who loves seeing others happy, so when I see people in pain, or lacking, whose life is without, or the environment is not being cared for, I strategize on how to be impactful, what tools to use, and I scale things to be effective.”

Reflecting on the Dream Act and other work she’s been a part of, the mobilization, planning of events, talking to elected officials, she said: “I want to build movement. … Yes, part of the system may be inherent, but given who I am, I can make a difference. I am a young mom, making connections, revolving deeply within the community. I want to open closed doors wider and wider, and build relationships. … When I make a decision, I give 110%, and if I can’t, I will walk away. I plan to look back at my life, and not have regrets about what I didn’t do.”

On representing the 9th Ward

“Of course, work and home is there,” she said. “I go to meetings, marches, protests, there. Three years ago we purchased a home in the area, because of the diversity. East Phillips is an active community, doing good work on health initiatives, fighting pollution, and growing healthy foods. I want to continue this work, to make it better for everyone.” Intuitive skills—feeling what others feel—and integrity rooted in her social justice values will guide her, she said, as she provides advocacy for her constituents.

“Sustainable community development, environmental justice, local urban agriculture, grow your own food, composting, solar energy, and biking initiatives. We must pay attention to the earth, or we may not have it. I would strengthen the neighborhood association to better represent the rich diversity of the area by building tools to do so. Economic development opportunities, such as on Lake Street and Chicago Avenue are abundant.”

Experience in the political arena

Cano worked in Councilmember Robert Lilligren’s office from October 2011 to January, 2013. She said that there was lots of momentum in the office, and that he actively empowered her, and was open to her exploring opportunities. Lilligren supported her work within the Latino community. She calls him one of her “feminist mentors,” saying, “It was a privilege to work in a position like that, coming from a community that doesn’t have access. I took it seriously and worked hard.”

While there, Cano helped launch the city’s first Latino Engagement Task Force, and a diverse Office of Sustainability’s Environmental Justice Workgroup, as well as working on Dream Act information sessions.

One of the largest projects Cano worked on was the I-35W Transit/Access Project, which promotes public art investment in underserved communities and public transportation projects, as a member of the policy advisory committee. She pushed for public art at the Lake Street/35W transit station that would appeal to the diverse residents who use public transportation. “Art is for everyone,” she said. “Anyone should be able to access, touch, and enjoy it and it must honor the area’s rich heritage.”

MIFN was formed in 2005 after the 2003 national and the 2004 Minnesota Immigrant Worker’s Freedom Rides that called for humane changes to U.S immigration law. “MFIN implemented civic engagement, youth leadership development, community education, media coverage, and art as a catalyst and network for social change,” she explained.

Cano said that her work at Minnesota Immigrant Freedom Network (MFIN) allowed her to grow, giving her experience as an activist and honing her communications skills. Her role there evolved from communications organizer to associate director. As associate director, Cano led efforts for fair immigration reform and to change laws to increase access to higher education for all students.

“When work began around the Dream Act and immigrant rights issues, it was not popular,” she said. “I learned to bring a voice to the Latino community.” Cano said that relationship building is key to making political changes. “Critical moments are not always about the policy win,” Cano said, “but about leadership development, the milestones along the way, and assessment of whether one is moving in the right direction.”

[Click here for part one, which tells the story of Alondra Cano’s early life in rural Minnesota and Mexico, and her activism at the University of Minnesota.]