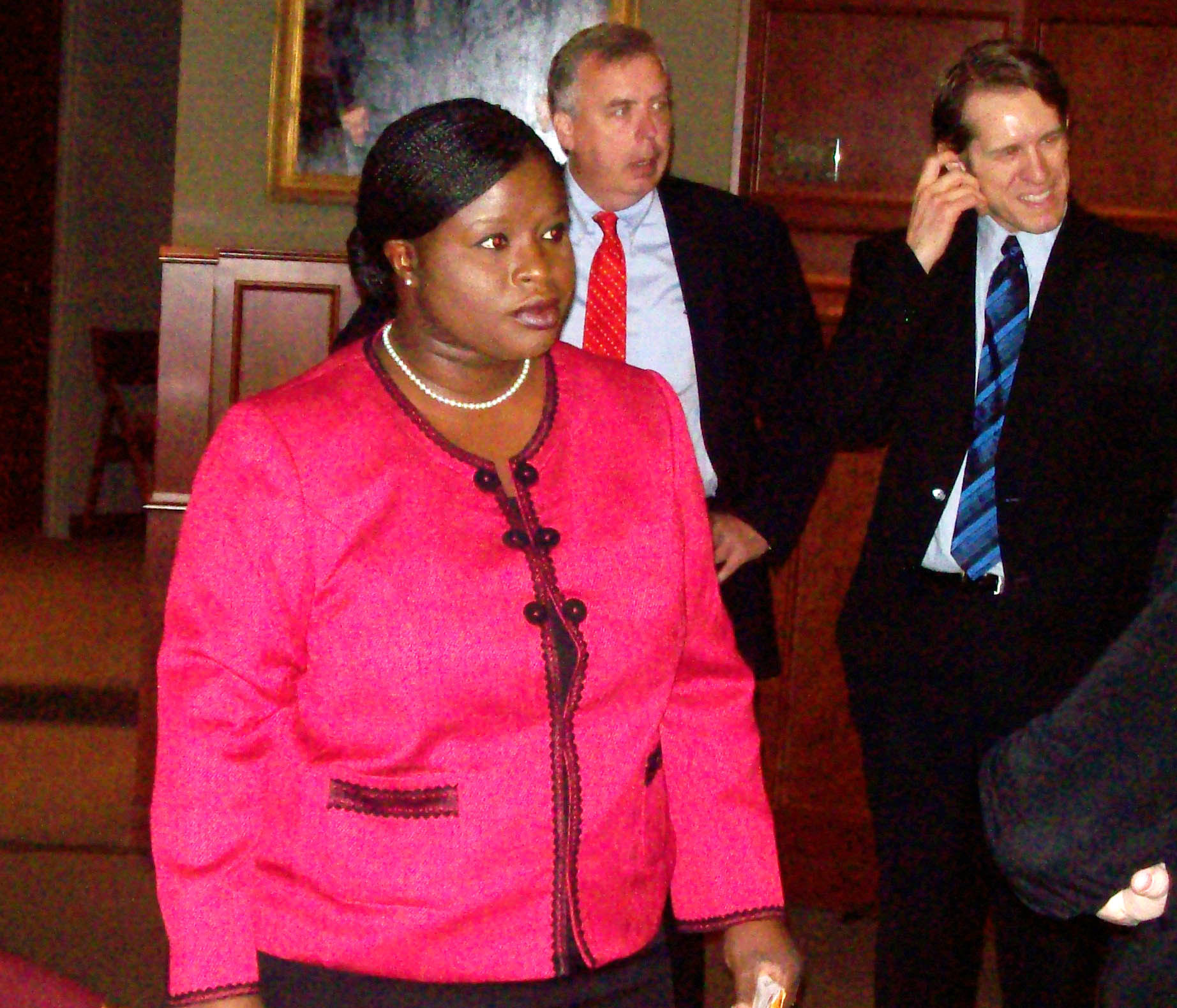 A 2010 Economic Policy Institute report pointed out that the Twin Cities’ Black unemployment rate is three times that of Whites — the highest Black-White jobless ratio in the nation. Last week the Minnesota Advisory Committee to the U.S. Commission on Civil Rights heard testimony on racial disparities in the Twin Cities from community residents and local officials at the University of St. Thomas Law School’s downtown Minneapolis campus.

“Part of our charge each year is to identify different civil rights issues and hold a hearing,” said Committee Chair Nekima Levy-Pounds. “The information will be gathered and put in a report to be submitted to the U.S. Commission on Civil Rights.”

She was one of several community members who participated earlier this year in an economic forum in North Minneapolis where Minnesota Gov. Mark Dayton and several members of his administration heard testimony on local Black unemployment. “We thought it would make sense to pick up on this momentum and try to shed further light on the issue,” added Levy-Pounds, a St. Thomas law professor.

The local Black-White unemployment ratio “is not a new issue,” said City of Minneapolis Employment and Training Program Workforce Manager Mark Brinda, who was among 16 persons testifying last week. He called the Twin Cities an “unequal landscape” in regards to the low high-school graduation rates among Blacks.

Brinda added that the Black-White unemployment ratio among recent college graduates is nearly two-to-one — almost 16 percent for Blacks, higher than any other ethnic group, but only 7.9 percent for Whites. “We see these disparities at the state level, in Minneapolis and the core cities, in the metro area,” he told the MSR.

“There is a strong relationship between age and unemployment, and also education and unemployment,” added Minnesota State Demographer Tom Gillaspy.
Retired Judge Pam Alexander, now Council on Crime and Justice president, reported that ex-offenders have a hard time finding both housing and jobs after they are officially released from prison or jail. Most are Black. They should be “fully welcomed back into society,” including restoring ex-offenders’ voting rights, she said.

“We can’t keep them in jail forever — 97 percent of those who go to jail are going to get out,” said Alexander. “What are we going to do to remove barriers keeping them from moving forward? Everybody who grows up here should have the opportunity to become a law-abiding, tax-paying citizen, and we don’t have that now.”

University of Minnesota Professor Sam Myers said there are several factors that account for the Black-White jobless gap, including educational disparities and economic cycles, but the gap has been widening since the 1970s. “These gaps tend to widen during a recession and close during a recovery, but that doesn’t seem to be case for Minnesota,” he surmised.

Levy-Pounds afterwards told the MSR that several testimonies were “shocking to me. “One of the things that I saw from some of the presenters was frustration surrounding how often these issues related to racial disparities are discussed.
“You can sense the frustration on some of the presenters. We hear so often about the issues that are happening, but rarely are action steps put in place that lead to tangible results.”

Said Alexander, “I would hope that the commission takes a real serious look at the racial disproportionality of the African American, Native American, Mexican American communities, because they are impacting much more so in this area than anybody else. I would really like to see the commission take a look at how this disproportionality is really playing out in the long run.

“I really have problems with how our [Black] community and communities of color are impacted so much more across the board,” said Alexander. “Extremely high unemployment and extremely high rates of no hope — that is not good.”

The low Black graduation rates, high jobless rates, and other racial disparities “continue to get worse,” said committee member Craig Taylor. “Some of the data and statistics are very alarming. My question is what is our strategy, our plan to mobilize the resources to counteract some of these critical socio-economic issues that are impacting our community and members of our community.”

All 50 states and the District of Columbia have a state advisory committee (SAC). All members are nominated and must be approved by the U.S. Civil Rights Commission.

“My name was referred to the [Midwest] regional director by someone from the Twin Cities,” noted Levy-Pounds, one of four Blacks on the 11-member Minnesota SAC. Each committee member is appointed for two years and serves without compensation.

They report to the U.S. Commission on Civil Rights, an independent bipartisan federal agency that advises the president and Congress on civil rights issues. Levy-Pounds said the state SAC expects to submit a final report to the commission sometime next year.

“My hope as chairman is not to put [the reports] on the shelf but to read them and see how we can integrate them into our work, our studies, and our hearings at the national level,” pledged Commission Chairman Martin Castro. Last week’s SAC forum was his first since he was appointed chairman by President Barack Obama in January 2011.

“I don’t think one group is going to solve all the issues,” concluded Levy-Pounds. “But I think those of us who care about these issues and are willing to work together, we can begin to change the things that are happening right now.

“If we don’t work together, we are heading toward a very bleak future in Minnesota.”

The Minnesota State Advisory Committee is urging the community to submit written statements or comments regarding the impacts of unemployment disparities in Minnesota. They may be sent by mail to the U.S. Commission on Civil Rights at 55 West Monroe St., Suite 410, Chicago, IL 60603, or by email to callen@usccr.gov. Written statements will be accepted until September 25, 2011.