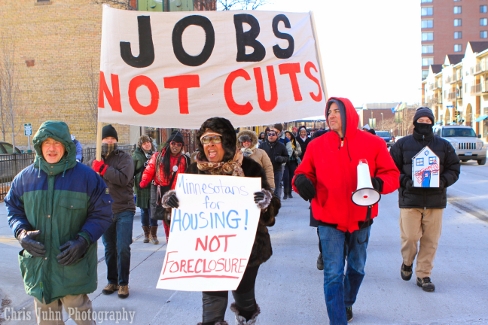 Over 100 people braved below-zero temperatures Monday, Jan.21, to march in the Second Annual MLK, Jr. March for Jobs, Justice and Housing organized by Occupy the Hood MN. The march’s aim was to honor the human rights legacy of Dr. Martin Luther King, Jr.

Advocates for better quality public education for all joined the march with Native Americans from the Idle No More movement. Speakers denounced police brutality, disparities between Blacks and Whites in Twin Cities jobs, and discrimination against people with arrest records and felonies as the group rallied briefly in the Hennepin County Government Center. 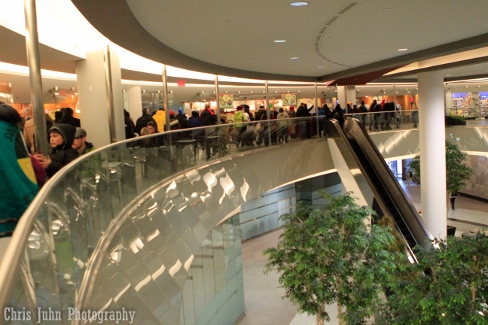 Marchers took to the skyways for relief from the cold. 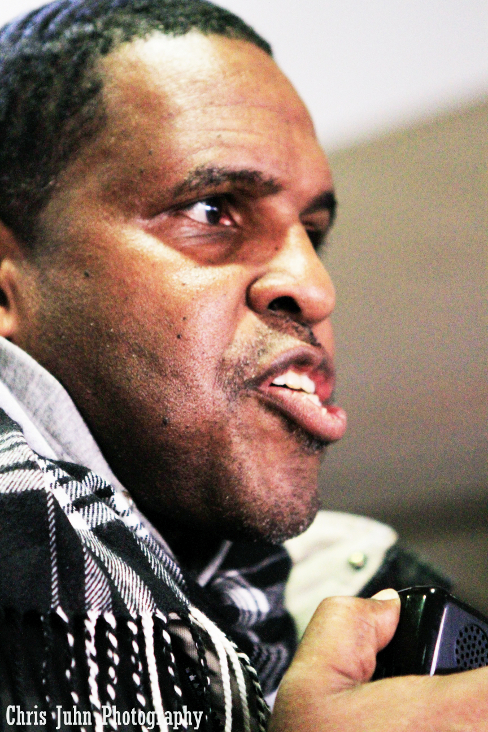 Reeves, an activist, organizer and journalist, was one of the principal organizers of the event for Occupy the Hood MN. He encouraged marchers that “spring will indeed come, and change will definitely happen, but change will not happen without us getting out of our seats and into the streets.”