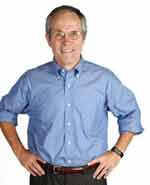 The theme of the 2006 Minority Political Summit on Monday at the Humphrey Institute was, “Are Candidates for Public Office Listening?” Given the strong turnout of candidates in past elections from all parties at past Asian Pacific Roundtables; the minority community leaders present at this summit questioned whether policymakers integrate their perspective into the legislative debate when defining the priorities of Minnesota’s minority communities.

There were more than 20 speakers representing the communities of color. They were experts in their fields, whether health, education, transportation, housing, or business. The message across the board was that policymakers need to consider the voice of the marginalized communities of color that tend to be more poor, young or old, and disenfranchised, whether citizens, legal immigrants or undocumented.

The summit itself is not an end. It is the public input event of a long process of compiling a consolidate report of recommendations to be presented to policymakers and candidates on Oct. 20.

Minnesota’s minority communities combined have a buying power of more than $12 billion in Minnesota. Along with contributing to the society in all areas, the immigrant communities of Minnesota has proven vital in helping to make Minnesota a leader in establishing networks in the global economy.

“In that tradition of sticking to the roots of who we are as a people, we are here today to find out and articulate the voice of minority communities in the policy priorities of the state,” said Dr. Bruce Corrie, Concordia University, who co-hosted the event with Lawrencina Mason Oramalu of the Wilkins Center, Humphrey Institute.

Moua supports state aid to local governments (LGA), and an equitable education policy that include ELL and adult basic education.

When she closed a recent speech with that line at a recent event, an audience member said that they would not vote her because, they said, ‘she only thinks about her people’.

Moua said that people like her are very fragile. They listen to candidates recite their laundry list of priorities and values they pledge to hold in office, and hope to hear the political buzzwords that may give a sense that they are also included in that laundry list.

“So for the very same reason that particular person wont vote for me because of that last sentence I gave; there are an awful lot of us who are looking for a reason to vote for somebody who would be willing to give that last sentence.”

Vee Phan Nelson, executive director, Center for Asian Pacific Islanders, spoke of the importance of improving and enhancing the welfare to work programs that she said needs to be simplified to help people on their road to self-sufficiency. She advocated for appropriate training programs and longer class terms for better work skills for placement results. She supports long-term programs to ensure self-sufficiency.

The only gubernatorial candidate present was Peter Hutchinson (Independence Party), who spoke to the lack of presence at this high-level event by saying that “if people aren’t prepared to have this conversation then they aren’t prepared to lead this state.”

Other candidates present included Rebecca Otto who is running for State Auditor, and Farheen Hakeem, a candidate for Hennepin County Commissioner.

Minneapolis City Council Member Don Samuels spoke for pocket communities where more than 50 percent are under age 18. These communities are made up of aging white “empty nesters” and minority parents of families with children. He said the priorities are educating these kids and helping them to avoid crime.
Samuels also spoke to ex-offender population that is growing. Communities are not ready to receive them or prepare them before and after they are released to the communities. They are denied scholarships, jobs, votes, and all of the dignities of life.

St. Paul City Council Member Debbie Montgomery also spoke to re-engaging the disengaged, and the only way to do that is with jobs that have living wages, health care and communities that are fit to raise their kids.

Gail Chang Bohr, executive director, Children’s Law Center of Minnesota, spoke of the importance of increasing the appointment of Asian and other minority judges and member of the judicial selection commissions. She said there are able lawyers in the minority community that are qualified to serve at all levels of the judiciary.

The final speaker was retired Judge LaJune Lange, who spoke on the importance of protecting an eroding judicial system by protecting the independence of the judiciary and ensuring that everyone has access to justice. She is concerned that needs to be an adequate number of police, prosecutors, defenders and judges. She supports stronger victim advocate programs.