On day six and counting of the partial state government shutdown, nonprofit organizations all over Minnesota are feeling the pain. That’s because state dollars help fund their budgets.

Struggling with the major unknown — how long the shutdown will last — has many nonprofits trying to stretch cash reserves to continue serving their clients while wondering about legal liabilities in delivering services under a suspended government contract. They’re grappling, as well, to understand obligations to laid-off employees, continues Jon Pratt, executive director of the Minnesota Council of Nonprofits.

“This is harming their ability to do their work,” Pratt says. 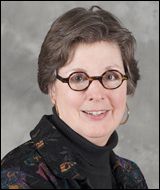 Some nonprofits worry, too, that once government is up and running again, the state will not repay them for services rendered when the lights were out.

“We need the agency with whom we have that contract to say, ‘Yes, you perform, we will pay.’ They did not say that,” explains Kathleen Corley (above), interim executive director of Minnesota AIDS Project, which has service contracts with the state Department of Human Services and the Department of Health.

In fact, Mikkel Beckmen says his agency, St. Stephen’s Human Services in Minneapolis, received letters from various state departments last month “basically saying” they could not guarantee reimbursement for any services provided during the shutdown. Cash reserves and lines of credit help cover expenses for July, St. Stephen’s executive director says, but if the government impasse continues beyond that, the agency will be “hard-pressed” to cover the costs of providing emergency shelter, short- and long-term rental assistance and outreach services to the homeless. He’s been told some rental assistance funds will be available from Minnesota Housing.

Questions and confusion remain despite Ramsey District Court Chief Judge Kathleen Gearin’s ruling last week aimed at clarifying an extremely complex situation. Under that declaration payouts from federal assistance programs such as Medicaid, the Supplemental Nutrition Assistance Program and Temporary Assistance to Needy Families would continue that “ensure the health safety and welfare of Minnesota citizens” as would “critical core government functions” such as “basic custodial care” of nursing home residents and those in state correctional facilities.

Some agencies are arguing for continued financial support through the budget stalemate, like Heading Home Minnesota and the Minnesota Coalition for the Homeless, making their case Friday that emergency shelters for the homeless and the battered, for instance, should remain funded.

“They’re holding on but they don’t know how long they can hold on,” Liz Kuoppala, who heads the coalition, told me about many of the 150 groups they represent. 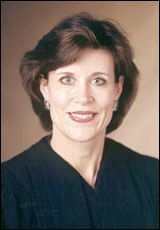 Tuesday, a stream of folks representing nonprofits like the Minnesota Indian Women’s Resource Center and Lutheran Social Services argued before former Minnesota Supreme Court Chief Justice Kathleen Blatz (left), the special master in the shutdown case, that state coffers should stay open to them, according to Jeannie Fox, deputy public policy director for the Minnesota Council of Nonprofits.

Observing, Fox saw the crucial question as being: “Is this truly about the life, health, safety of individuals as opposed to prevention or education?”

Meanwhile, folks at the Minnesota AIDS Project worry because 47 of their 57 employees are either working reduced hours or have been laid off, according to spokeswoman Terri Foley, yet clients’ needs continue. The group helps persons with AIDS or HIV navigate the complexities of health insurance and financial benefit programs, as well as provide other services.

“Just the medical condition itself is complex, but the health care system is incredibly complex,” says Foley.

Were it not for the closed doors to state offices, the agency would be receiving approximately $9,000 a month in federal grants that the state administers to the agency to pay for client benefits counseling, and about $62,000 a month in state money for a program that includes case management, Foley says.

Struggling with AIDS
One of their clients, Bobby Long, now lives not only with his AIDS diagnosis, but benefits questions he can’t get answered concerning a change in his health insurance coverage.

Plus, he fears that the state — once it starts operating smoothly again — won’t pay for his counseling and dental appointments he kept last Friday, or the $3,000 worth of medical prescriptions he picked up that day, July 1, shutdown day.

“When you’re living under fear and then you have the stress of not knowing whether medical payments are going to continue or for how long, it’s frightening,” Long says.

That program’s services may yet be deemed essential. On Tuesday, Gov. Mark Dayton sent to Blatz an additional list of services he considers “critical” and that he would like to see funded despite suspension of government services.

The list includes such services as HIV case-management and counseling for special education, chemical dependency, mental health, child care assistance and victims of crime and violence.

Despite the nonprofit council’s informational seminars and efforts to answer the questions of their 2,000-member-organizations, “it’s like day by day,” with groups learning a little bit more daily, Pratt says.

How many dollars, you may ask, does the state pay out in grants to nonprofits? “We’ve been asking,” Pratt says, to no avail. Maybe once this is over, they’ll get a straight answer.

In the meantime, my MinnPost colleague Jeff Severns Guntzel and I are looking for personal stories of the human fallout. What do you, the laid-off employees and the clients of these affected non-profits, say? Go here to tell your stories. If you’d rather speak confidentially, use this simple and secure form found by following this link.