Can a hip-hop Beatbox Mix win a talent contest? If it’s at the Minnesota State Fair, it can. The 2010 State Fair Amateur Talent Contest finals were held Sunday on the Grandstand Stage to a packed crowd. 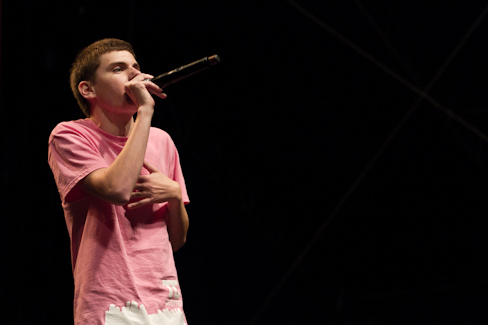 Nick Wishard, 18, of Somerset, won for his talent category of Vocal Percussion. Wishard said he has been performing Beatboxing  for two and a half years. “It started out of pure boredom. I saw someone do it and I thought, ‘I could do that,'” he said backstage after his performance.

The audience rewarded Wishard with a lengthy standing ovation, and in the end, the judges rewarded him as the winner of the Open Division, which is like the “grand winner,” said Brooke Dillon, State Fair Communications Supervisor.

Beatboxing involves the art of producing drum beats, rhythm, and musical sounds using one’s mouth, lips, tongue and voice. No water is used on stage, but Wishard said he drinks water before he performs. “I just power through it,” he said.

Wishard is attending Brown College in Mendota Heights, aiming for an Associate’s Degree in Network Services, then on to a Bachelor’s in Information Technology.

The Amateur Talent Contest has been held for 35 years. Semi-finalists were selected from more than 400 acts that auditioned in late July. Contestants compete in one of three age divisions: preteen, teen, and open ages.

The accepted contestants try to win nightly Aug. 26 through Sept.4 on the Leinie Lodge Bandshell Stage. Judges select one semi-final winner  per evening, which then competed at the Sept. 5 finals.

Variety was the name of the finalists performing Sunday evening. Some of the acts brought large fan groups, spectators wore t-shirts with the name of their favorite performer. Proud parents, grandparents, siblings, and friends made up the audience of this popular State Fair tradition.

In the Teen Division, a group juggling act from Edina, “The Five of Clubs,” won first place. Second place was Alex Shaleen of Lindstrom performing a dance solo called “Swamp Thing.” In third place was John Blanda of Maplewood for his piano solo “Night Train.”

In the Open Division (all ages), in addition to the first place win of Nick Wishard for his “Beatbox Mix,” second place winner  was Jon Crumm of St. Louis Park for his guitar solo “Romancia.” Third place went to the Acapella group Part-Time Heroes from Waconia for their song “Top 5.”

The Minnesota State Fair Orchestra provided live background music for the acts requiring music, as well as performing between acts. 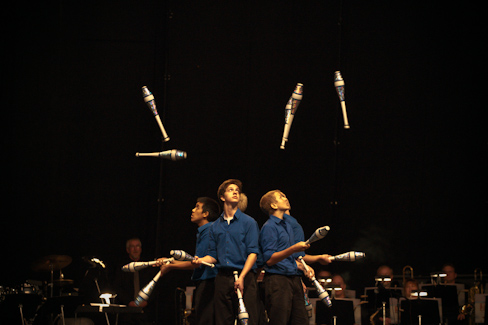 (Above) The juggling group The Five of Clubs, from Edina, won first place in the Teen Division. 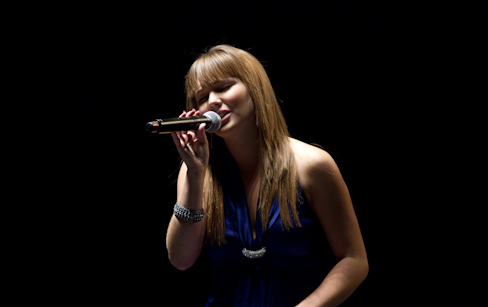 (Above) Marisa Nelson, in the teen division, performs “Someone to Watch Over Me” on the Grandstand Stage at the Minnesota State Fair Amateur Talent Finals. 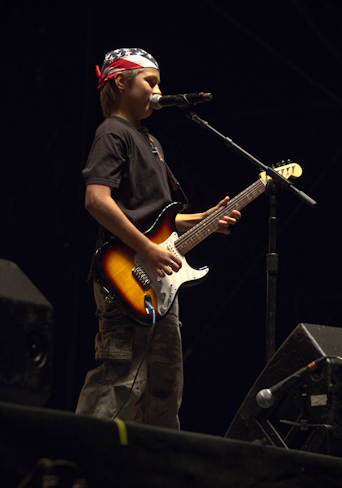 (Above) “Johnny Be Good” is played by band member of the Dahmen Brothers of Buffalo, Minnesota performing in the Preteen division of the talent show finals. 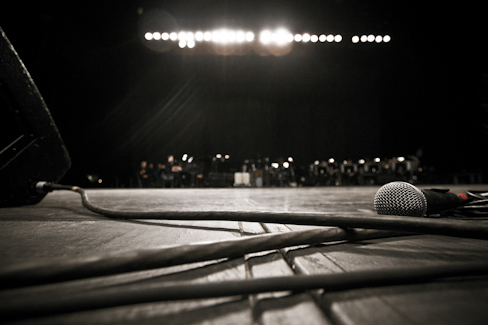 (Above) Mics and extension cords run over the Grandstand Stage with the Minnesota State Fair Orchestra in the background. The Orchestra provided live background music for the talent show acts and played between acts. 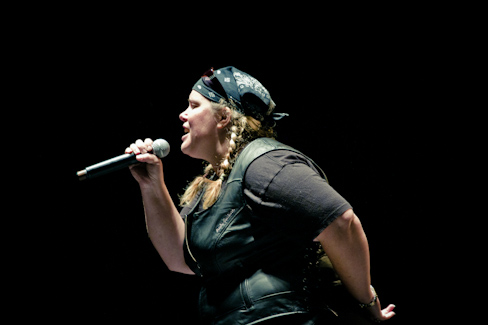 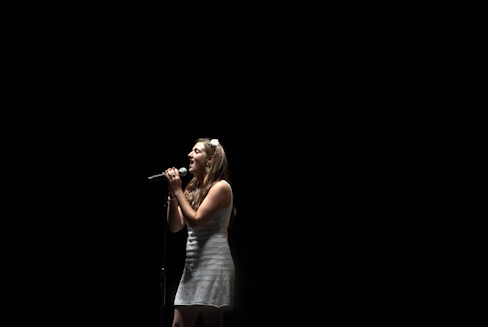 (Above) Harmony Arco of the the Teen division sings “If I Die young.” 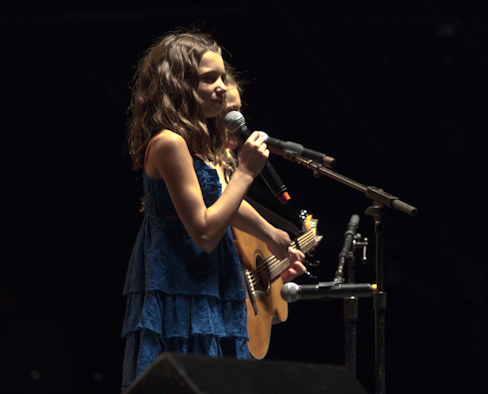 (Above) In the Preteen division, the duet of Marley Sanderson and Mariah Hovland sang “One Time.” 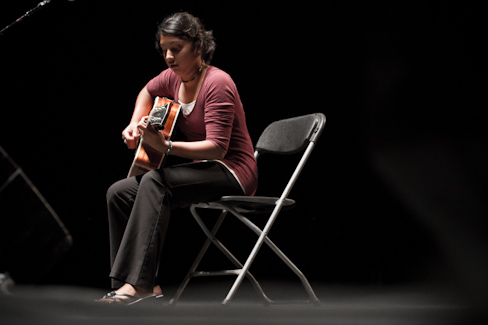