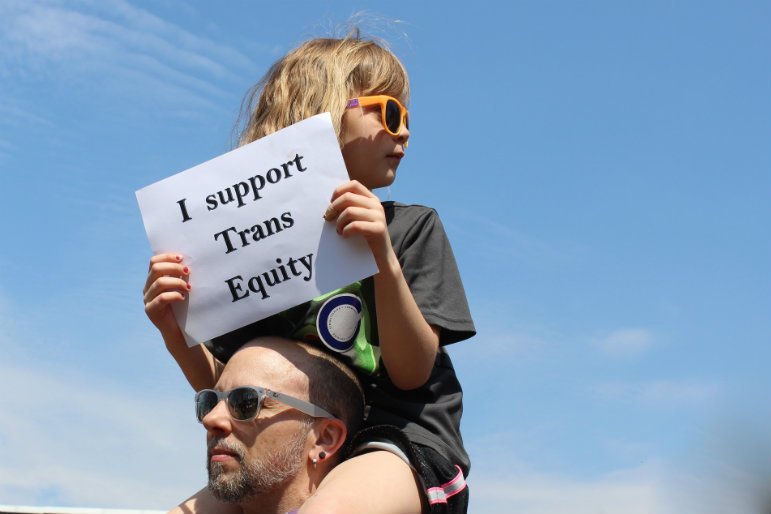 Last month, Minnesota’s Republican legislators joined a growing trend: like 15 other states in the US, Minnesota got its very own bathroom bills.

The 40 exclusively-Republican sponsors of SF 3002 and HF 3396 hope the government will force business owners and educators to conform to a new state definition of human rights, in the process, banning any facilities policy that could be considered transgender-inclusive. The new definitions would mark major regressions to Minnesota’s human rights legislation, which has long been notable for its protections against discrimination for transgender residents.

The author of the Senate bill, Sen. Scott Newmann said with his legislation he aimed to “protect” his constituents. But from what exactly is he looking to protect them? Minnesota’s human rights statute he wants to amend already makes an exception for any instance when anyone may be in danger.

The crux of the bills rests on redefining the word “sex” in the state’s human rights statute to include a statement that every Minnesotan’s “sex is either male or female as biologically defined.” The authors of this bill, perhaps not versed in biological understandings of sex, do not grasp that sex is not a consistent category, that there are many biological factors determining what we understand as “sex,” and that the variety of combinations of hormones, chromosomes and physical characteristics paint a much more complex picture than this legislation purports. As it currently stands, it’s unclear if these bills are even scientifically specific enough to be enforced.

Recently, similar legislation passed in South Dakota. Under pressure from advocates, Gov. Dennis Daugaard vetoed the measure, citing small government principles: “instead of encouraging local solutions, this bill broadly regulates,” further noting that the measure “[would divert] energy and resources from the education of the children of this state.”

Minnesota Rep. Glenn Gruenhagen, the lead author of HF 3396, said transgender people “need professional counseling and our help to clarify their confused feelings.” In many instances, Gruenhagen is right about transgender people perhaps benefitting from professional counseling. As the Rainbow Health Initiative reported, 51 percent of LGBTQ Minnesotan respondents reported having been diagnosed with depression, compared to 18 percent of all Minnesotans. In addition, 46 percent of LGBTQ Minnesotans have been diagnosed with anxiety.

Other research, such as the National Gay and Lesbian Task Force’s Injustice at Every Turn, points to discrimination in employment, housing, and, yes, restrooms as contributing factors to a lower quality of life for transgender Americans. That same study points to reports that trans women face violence, sometimes sexual violence, when they are forced to use the men’s room; this in the face of a lack of credible reports that transgender people pose any threat to cisgender people in the restroom. By introducing this legislation, Gruenhagen and his co-authors have contributed to an environment of harassment and discrimination for transgender Minnesotans, doing far more harm than good.

Gov. Mark Dayton has repeatedly pledged in person and online to veto the legislation.