Despite the rainy weather, a diverse group of Minnesotans gathered at the Capitol on Saturday morning for the People’s Rally for a Fair Minnesota. The crowd filled all three levels of the Capitol Rotunda and called on the legislature to increase taxes on the richest two percent of Minnesotans. 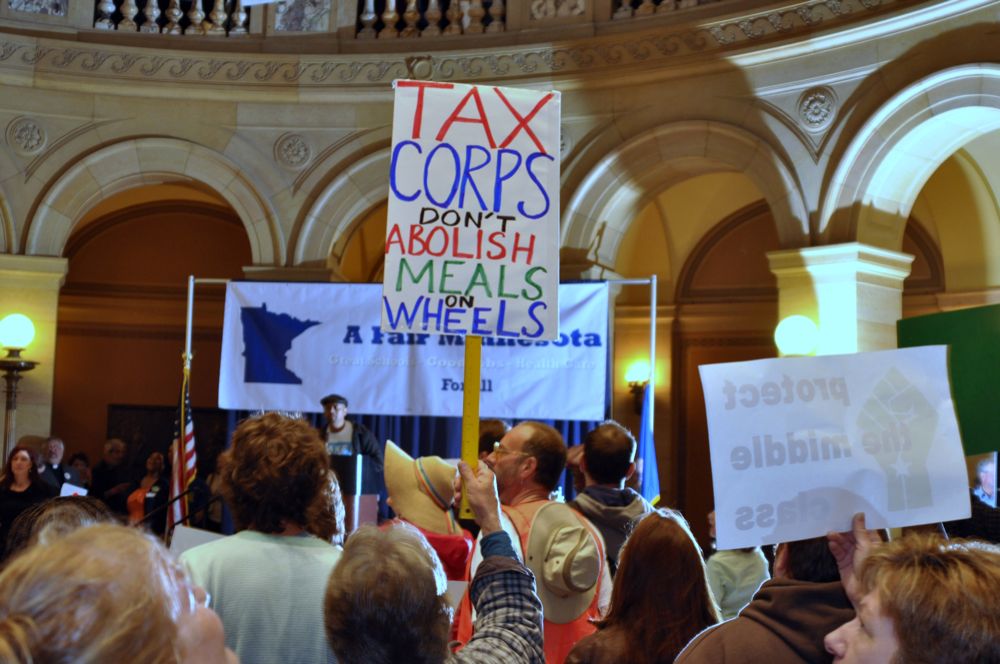 “I come from a part of the state that knows that when we invest in our workers, our schools, our health programs, and our environment, everyone benefits. And that everyone should pay their fair share for those benefits,” said farmer Terry VanDerPol, a cattle producer from Granite Falls and a member of the Land Stewardship Project. 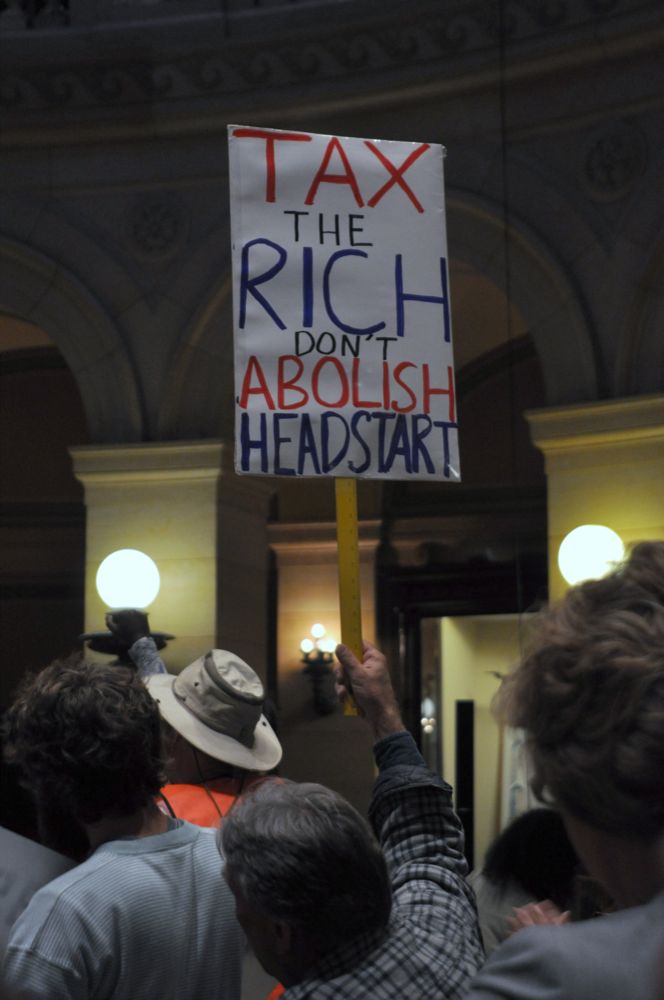 In the midst of a fierce budget debate, legislators are making tough decisions about where to cut spending and how to raise revenue. Tilly Gitchuway, a Minneapolis Public Schools food service worker, stated that she came to the Capitol to “fight for an economy that works for my children, grandchildren, friends, and coworkers.”

Grant Stevenson, a Lutheran pastor and President of ISAIAH, went a step further and proclaimed, “There is no budget deficit. The only deficit in our state right now is the deficit of imagination and the deficit of moral clarity.”

The Uptake has a full 40+ minute video of rally at Capitol.

After the rally, participants boarded buses to demonstrate at several locations in the Twin Cities where organizers feel CEOs and corporations have profited at the expense of the community. Almost a hundred people gathered outside the Calhoun Beach Club to protest Minnesota’s HMOs. Several signs read “A Fair MN: Health Care For All.”

Trilby White, an acute care nurse and small business owner, told the crowd that she felt “it betrays the principles of fairness and compassion we Minnesotans hold dear to provide tax breaks to corporations and the rich at the expense of educating our children and keeping our communities healthy.” 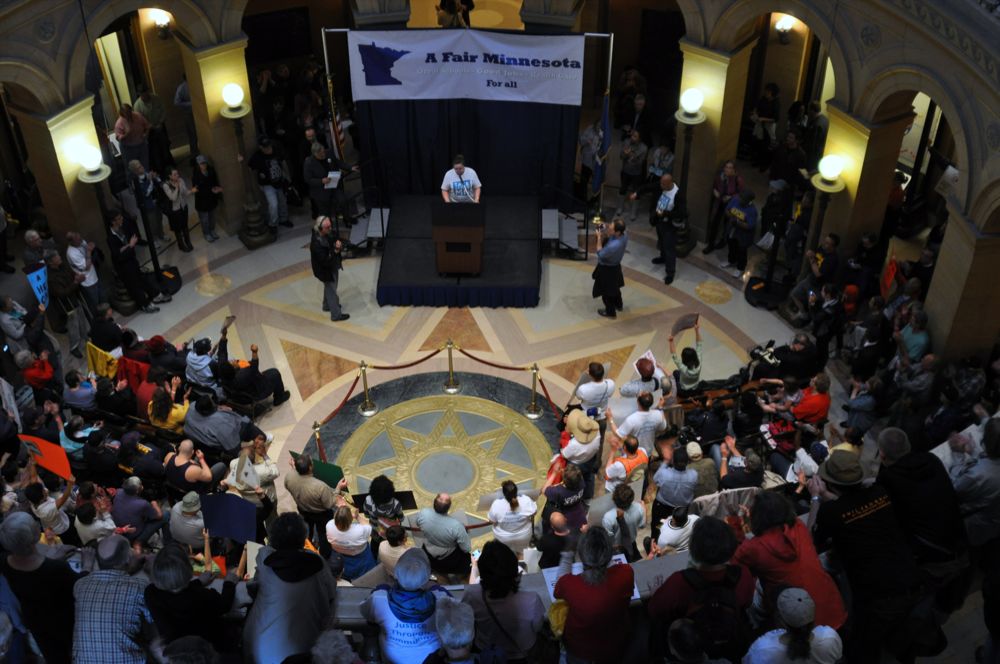 One rally participant, Bill Urbanski, taught economics and U.S. government at White Bear Lake High School for 35 years. Now retired, Bill was excited to participate in the energetic rally, but said he was “not optimistic about policy makers changing course right now, but [he] hopes that the rally engages the public in these issues.”