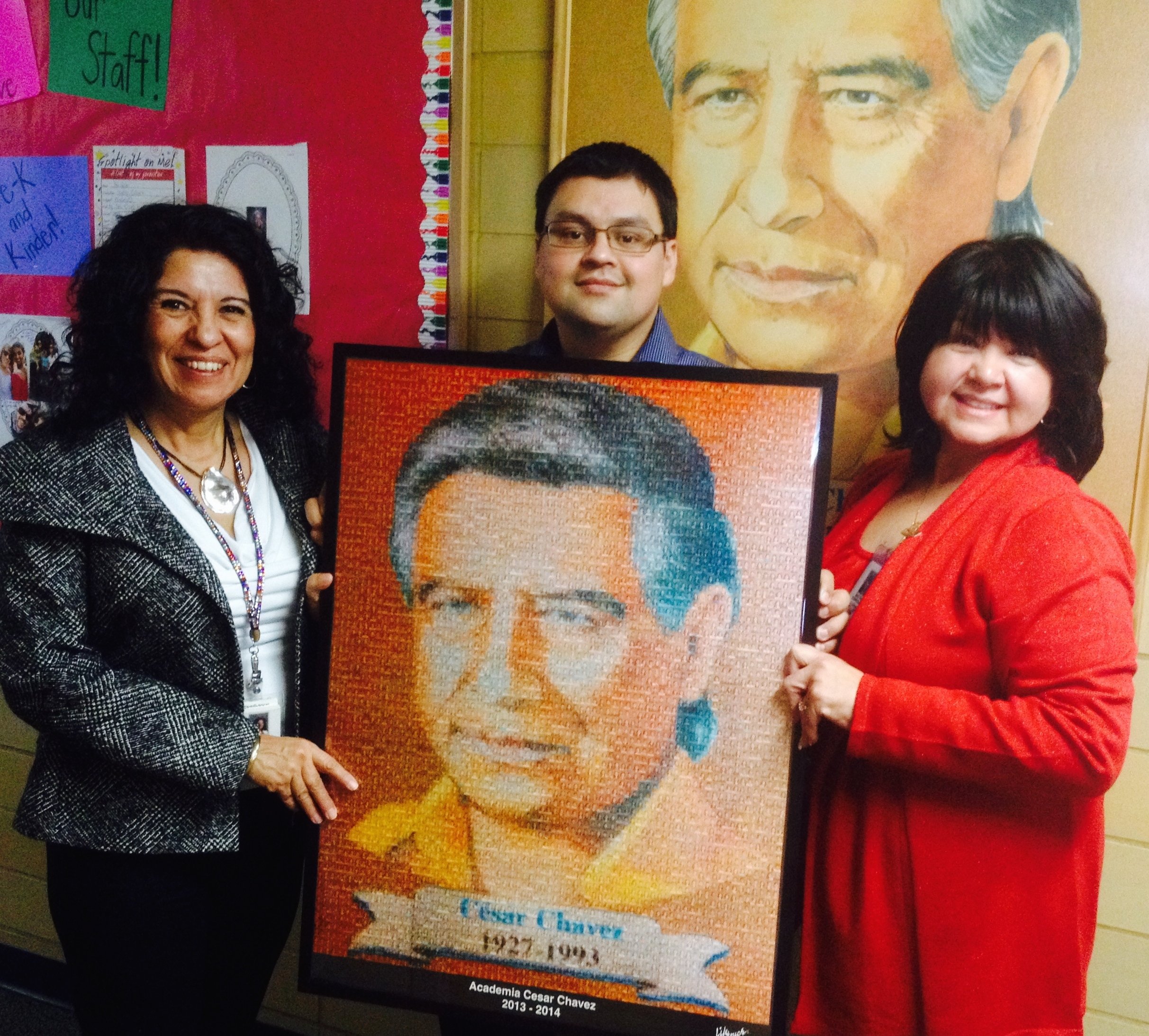 A terrific new movie titled “Cesar Chavez,” describes this remarkable American. His work continues to help Americans – and Minnesotans, including some who worked with him and offer their insights below.

Having seen the movie, talked with people who knew Chavez and personally had a tiny role in his work, I strongly recommend the picture. The recently released “Cesar Chavez” is rated PG-13.  You can view the trailer at http://bit.ly/1lBLATg

Chavez’s work continues with people like Ramona Arreguin de Rosales. While a University of Minnesota student, she met Chavez at a Chicago meeting in 1969. Chavez later came to Minnesota and met with Ramona in her home. She recently recalled: “He was a very humble, quiet, respectful man. He taught us to organize.”

Ramona and her husband Francisco met at that Chicago meeting. They have continued working for more than for 40 years. This includes founding a St. Paul charter public school named for Chavez. The school helps students develop academic skills and a desire to be active, constructive citizens. They liked the movie, but as Francisco explained, it left out how Chavez described his work as “part of a bigger thing – the continuing American effort to expand opportunity.” They also felt the movie underplayed the amount of constant intimidation and violence that Chavez and the United Farm Workers faced.

Ramona is pictured above, along with Hernan Mercado, principal at Academia Cesar Chavez, and Mardi Dominguez, the school’s family and community director.  They are standing in front of a picture of Chavez, and holding a portrait of him that includes tiny photos of all the school’s students.

Chavez also inspired state Rep. Carlos Mariani, D-St. Paul. He has introduced a House resolution to observe March 31 as Cesar Chavez Day, not to close schools but “to have Minnesota acknowledge its Latino people who have played a vitally important role in the development of our state, particularly in its agricultural sector, rural town growth and most presently, in the great diversity of all of its communities. (And to recognize) the life of a great American whose work helped shape this country … focusing on justice, equality and the dignity of workers.”

Mariani told me that “much work remains to be done legislatively including the drivers license and the ELL work…Also minimum wage increase legislation still leaves out agricultural workers, many of them farm workers and dairy and even food processors.  That actually goes to the core of Chavez’ work.”

State Sen. Patricia Torres Ray, D-Minneapolis, has introduced a similar resolution that is designed to “help educate Minnesotans about this role model, (who was) dedicated, persistent and did not give up even when he faced enormous odds.”

Hector Garcia, Executive Director of Minnesota’s Chicano Latino Affairs Council believes the movie is “excellent…. Young people will be inspired by watching it to believe that they can also have a ‘can do’ attitude…that has led this nation to achieve international distinction for so many years.  Cesar Chavez inspired Latino and other farm workers to effect dramatic economic changes in the second half of the 20th century with his message ‘Si se puede”!  He can inspire our students to make a difference in the 21st century with the same words; they are his legacy and now a part of our Latino culture.”

Chavez was born in 1927 in Yuma, Ariz. His family had a small farm that they lost during the Depression. They moved to California, hoping to find jobs. According to information from the Chavez, Chavez served in the U.S. Navy for two years in the ‘40s in the Pacific and afterward returned to California. He began a movement that continues today – to expand justice and improve working conditions for farm workers who harvest crops like grapes and lettuce.

The movie shows Chavez struggled to balance responsibilities of an organizer, husband and father. He and the union he founded, United Farm Workers, suffered defeats as well as successes.

Grossman, who worked with Chavez for more than 20 years, also told me, “beginning in 1969, the Nixon administration’s Department of Defense purchased unsold boycotted California table grapes and fed them to members of the Armed Services. The sons and other relatives of striking grape workers who were soldiers and Marines serving in Vietnam reported that boycotted table grapes were turning up in their mess halls there.”  Until seeing the movie, I had not realized how the UFW had to battle not only the state, but also federal government.  The movie accurately shows that the late Senator Robert Kennedy was a friend and ally of the UFW.

Grossman also pointed out “Once many U.S. markets were cut off because of increasing support of the boycott by millions of Americans, growers tried to escape the boycott by shipping their grapes to Western Europe. The United Farm Workers dispatched boycott organizers there and recruited supporters, mostly from among trade unions and religious groups. Cesar did visit Europe in 1974, during a second grape boycott targeting the same growers. He visited England, Scandinavia, France and other countries, including Italy, where he had a private audience with Pope Paul VI. “

The movie shows Chavez going to Europe and developing alliances that helped the farm workers’ grape boycott succeed.  Chavez brought community organizing to a new level with the international alliances he and his colleagues developed.

Chavez brought many people together. Some of the first dates my wife and I went on, 40 years ago, were at grocery stores.  We asked people to support Chavez and the United Farm workers by boycotting grapes.

Encouraging, inspiring, and uplifting: These are overused words. But they fit the man, and the new movie about him.