Chanting “We Are One,” thousands gathered at the Cathedral of St. Paul Monday evening, then marched to the state Capitol to show their support for worker rights and a strong middle class.

The event was one of hundreds nationwide organized by the national AFL-CIO, affiliated unions and community organizations. They honored the legacy of the Rev. Dr. Martin Luther King, Jr., who was assassinated April 4, 1968, while supporting striking sanitation workers in Memphis, Tenn. 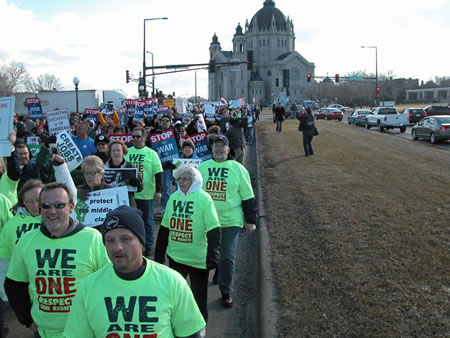 Thousands marched to the state Capitol in St. Paul Monday, declaring “We Are One.” 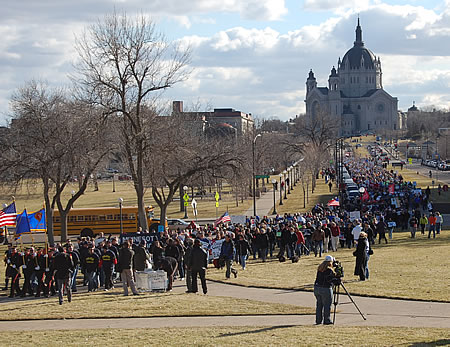 Rank-and-file union members, clergy and veteran civil rights leader Matt Little were among those who spoke at the rally in front of the state Capitol. They decried the attack on workers’ standard of living that is occurring in several states, including efforts in Minnesota to undermine collective bargaining rights for public employees.

“In Wisconsin, it was open warfare on unions supported by conservative billionaires like the Koch brothers,” said Sandy Dunn, a member of MAPE, the Minnesota Association of Professional Employees. “Here in Minnesota, we are facing more of a guerrilla war, where the GOP leadership does not openly claim to destroy unions, but then makes sure that there are close to 50 bills currently in play at the Legislature that will strip all our rights away and put state services at risk.” 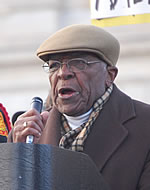 Little, who marched with Dr. King, said the current struggle against corporate power is in the tradition of the civil rights movement. The Rev. Grant Stevensen said working people are being forced “to fight the battles of the 19th and 20th century” instead of being able to address the challenges of the 21st.

Speaking to the crowd before the march, St. Paul Mayor Chris Coleman praised them for standing up for their rights.

Led by police and fire fighter union members, a color guard and a bagpiper, participants than marched down John Ireland Boulevard, filling the street for blocks between the cathedral and Capitol.

“Seeing the creeping corporate influence on our politics, I know unions are going to be one of our last defenses to keep our democracy viable,” said Working America member Joe Anderson of Minneapolis. 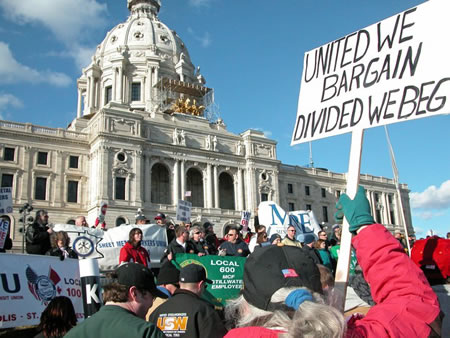 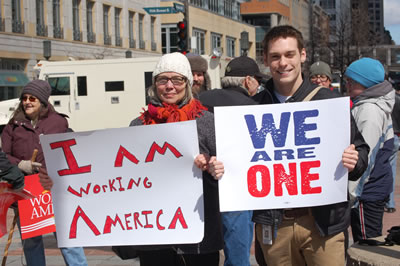 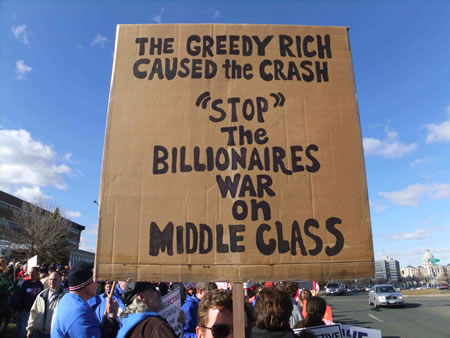 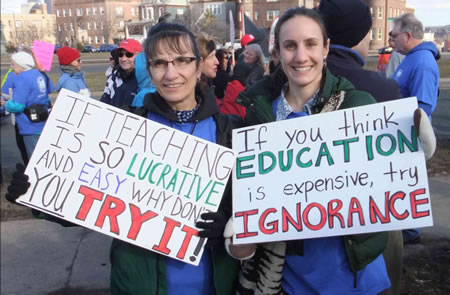