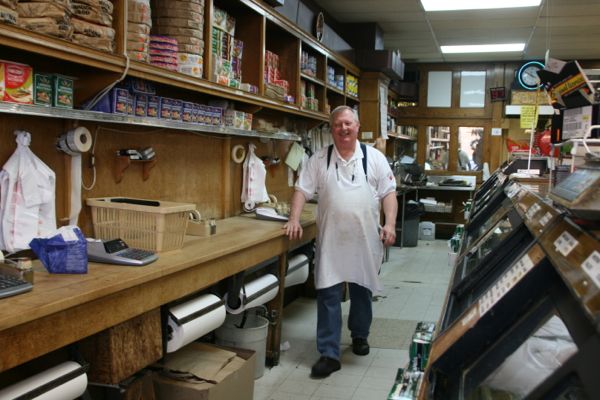 For most people, the Christmas season brings thoughts of pickled herring. OK, I admit it’s not most people, but for people who can trace their roots to Scandinavia, Germany and Eastern Europe, eating pickled herring is one of the traditions surrounding the holidays at winter solstice, starting the beginning of December until New Year’s Day.

At Ingebretsen’s Scandinavian Deli on Lake St. in Minneapolis, Steve Dahl has been a herring monger for more than 48 years. His father still owns the store, but retired years ago, leaving Steve in charge. Dahl sells seven kinds of herring in bulk (and many more in jars.) Some – the mustard, sherry and matjes (pronounced ‘matches’) – are imported from Sweden. Others are made in the back of the store from traditional family recipes handed down from grandfather to grandson.

Salt herring arrives in big barrels, Dahl says. “We change the water three or four times, put in the vinegar and sugar or whatever’s needed. If we need to whiten it, we add a little milk.” 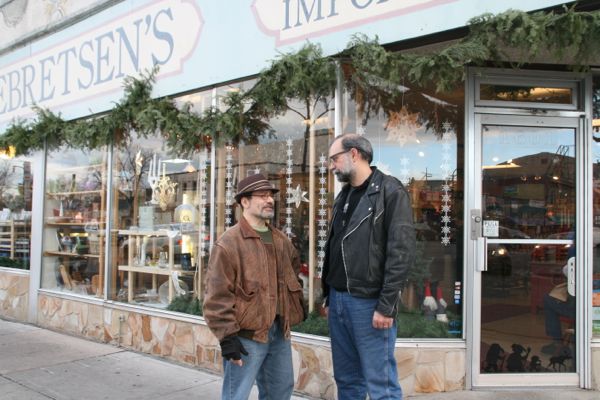 The homemade herring in wine sauce is by far the store’s biggest seller, said Dahl. “This is why I come,” said Odegard. “I’d stand in line for the this one.”  Very good herring, he said. Then he tasted the sherry herring. “I like this a lot better,” he said. “It’s a little sweeter – better than that stuff you get at IKEA.”

“The sherry has a more mellow flavor,” Prost said. “It’s got more of a herring taste, but it’s fairly light, not as bright and acidic as the plain wine sauce.”

Ingebretsen’s herring in wine with dill sauce made a big impression on Odegard. “This is phenomenal,” he said. “ This is my new favorite. Some of this is going home with me.”

“Ingebretsen’s homemade has a nicer, firmer texture than the imported,” said Prost. 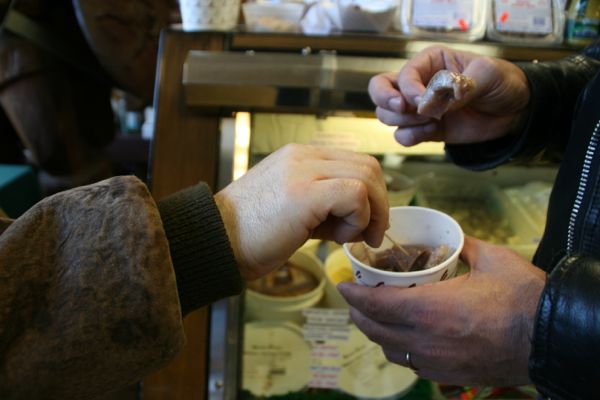 Matjes herring got good reviews with both tasters.

Matjes, Swedish-made pickled herring made from virgin herring (fish that have not yet spawned) gets its name from Dutch, translated as ‘maiden herring.’

“This is matjes is anchovy flavored with vinegar and sugar to finish it,” said Dahl.

“It’s fishier,” said Prost. “I like fishier. This is my idea of a good time.”

“And fancier,” Odegard agreed. “It tastes like it has allspice or something. I’d give it a ‘wow.’”

Another herring (my favorite) was the herring in creamy dill sauce.  The herb dill, Dahl explained, is a classic Scandinavian seasoning. “I’m a sucker for anything dill,” Prost said. “It gives the herring an extra kick.”

Odegard agreed. “There’s nothing that’s not improved by dill. Ooo-la-la, I’ll have another piece of that.”

A couple from the suburbs, Sally and Bill (with no last name given) joined us. “I’ve always been a herring fan,” she said. “I could sit down and eat it all day.” 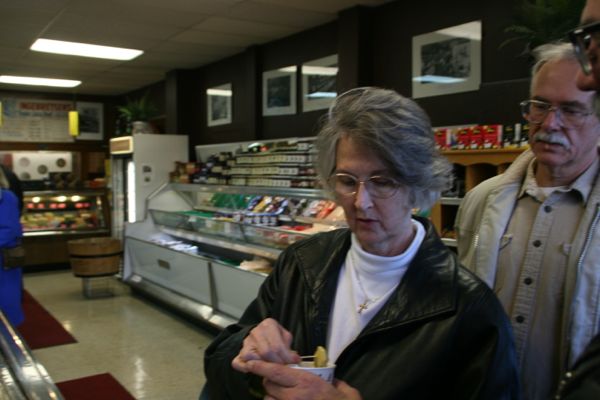 Sally (no last name) took home two pints of herring to get her through the cold weather.

Dahl says that between Thanksgiving and the Christmas, he sells about 1,500 lbs. of pickled herring to his customers. “Herring fans come in all ages,” he says. “A lot of young people are eating herring – not so much with the lutefisk. I’ve seen grandparents bring in their grandkids to give them a taste of the herring.”

“My favorite is the sherry herring, but that’s because it’s new. It’s come in only during the last 20 years,” Dahl says.

Ingebretsen’s is located at 1601 East Lake St. in Minneapolis. The deli is located through the gift store, to the left as you enter. They do not take credit cards, but they will accept your checks, if they’re good.

Full disclosure: Reporter Stephanie Fox is married to herring taster David Prost, who bought two pints of herring to take home and didn’t share any of it. 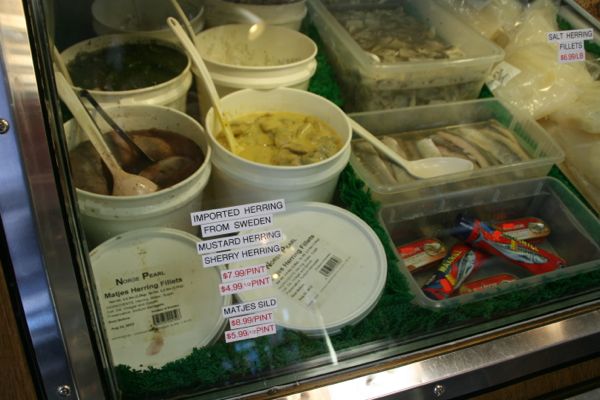 Once considered ‘old man food’ herring is becoming popular as a health food.