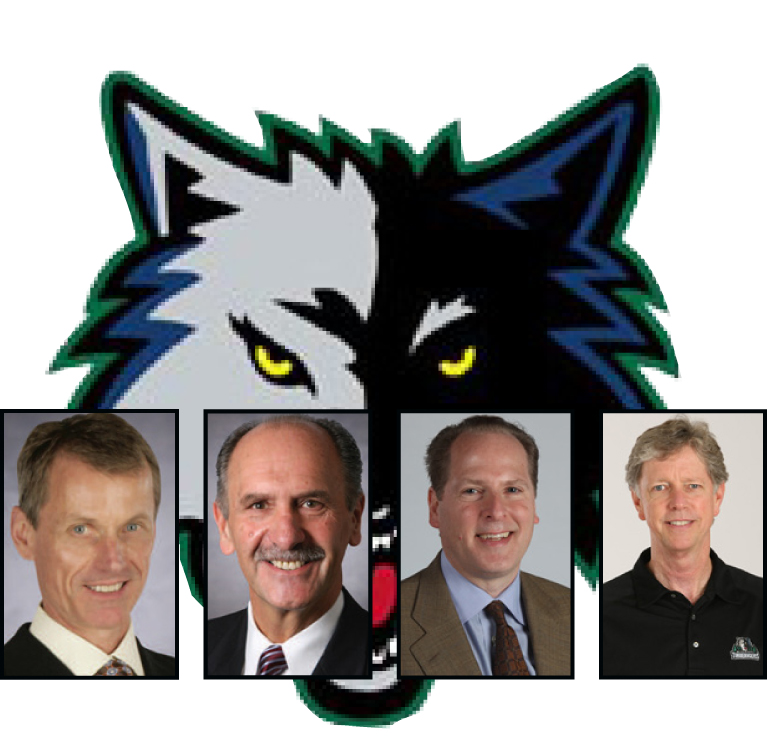 The National Basketball Association for years has been graded as “the most racially diverse group of players of the major professional sports” by the Institute for Diversity and Ethics in Sport (TIDES). Seventy-two percent of its players are Blacks and 82 percent of its players are people of color. This racial diversity has not yet found its way into the local NBA team, however, as a Star Tribune article recently pointed out with respect to the players, without even mentioning the club’s all-White front office.

However in contrast, the Minnesota Timberwolves has no Blacks in any of the aforementioned positions: Since Billy McKinney, its first-ever player personnel director (1988-1990), the team has not had a person of color in a key front-office position in 22 years, and only three Blacks total in decision-making roles in the franchise’s entire 24 years.

David Kahn has been in charge of the Wolves’ basketball operations since 2009. Speaking from his office, Kahn told the MSR last week that he has made “incremental improvements” in the team’s organizational makeup. “We prioritized since I arrived here in pouring more money not only to our player payroll but also in making certain that our players have the kind of resources — medically, nutritional-wise, and from a travel standpoint — that allows them to be at the highest level,” he explained.

Kahn also pointed out that in addition to hiring a couple of persons of color — two Latinos on the Timberwolves scouting staff — he considers the team’s coaching staff, which includes two Black assistants (Terry Porter and T.R. Dunn) and Player Development Coach Shawn Respert to be part of the front office. However, Lapchick does not count coaches as part of front-office staff in his grading system.

“How do we make our management team as diverse as possible?” asked Kahn, who admitted that the Wolves lag behind other NBA clubs in hiring Blacks for front-office positions. “We need to aspire to that same sort of data point. There’s no reason for us to be behind,” he said.

“This Timberwolves team is the Whitest in the NBA in 30 years,” notes Star Tribune Assistant Sports Editor Dennis Brackin. He and Beat Writer Jerry Zgoda co-wrote the October 28 Star Tribune article, “Timberwolves: Pale in comparison to the rest of the NBA,” which discussed the fact that this year’s Wolves squad has more Whites than Blacks.

The Star Tribune article also hinted that the roster was assembled to “sell tickets to the Wolves’ fan base, which is overwhelmingly White.”

Upon mutual agreement, Kahn did not discuss that article during the MSR interview, but the Wolves basketball operations president quickly pointed out, “Our talent is as diverse a group as you can find — a combination of [five] African Americans, [five] White Americans, and an array of [five] international players,” said Kahn proudly. 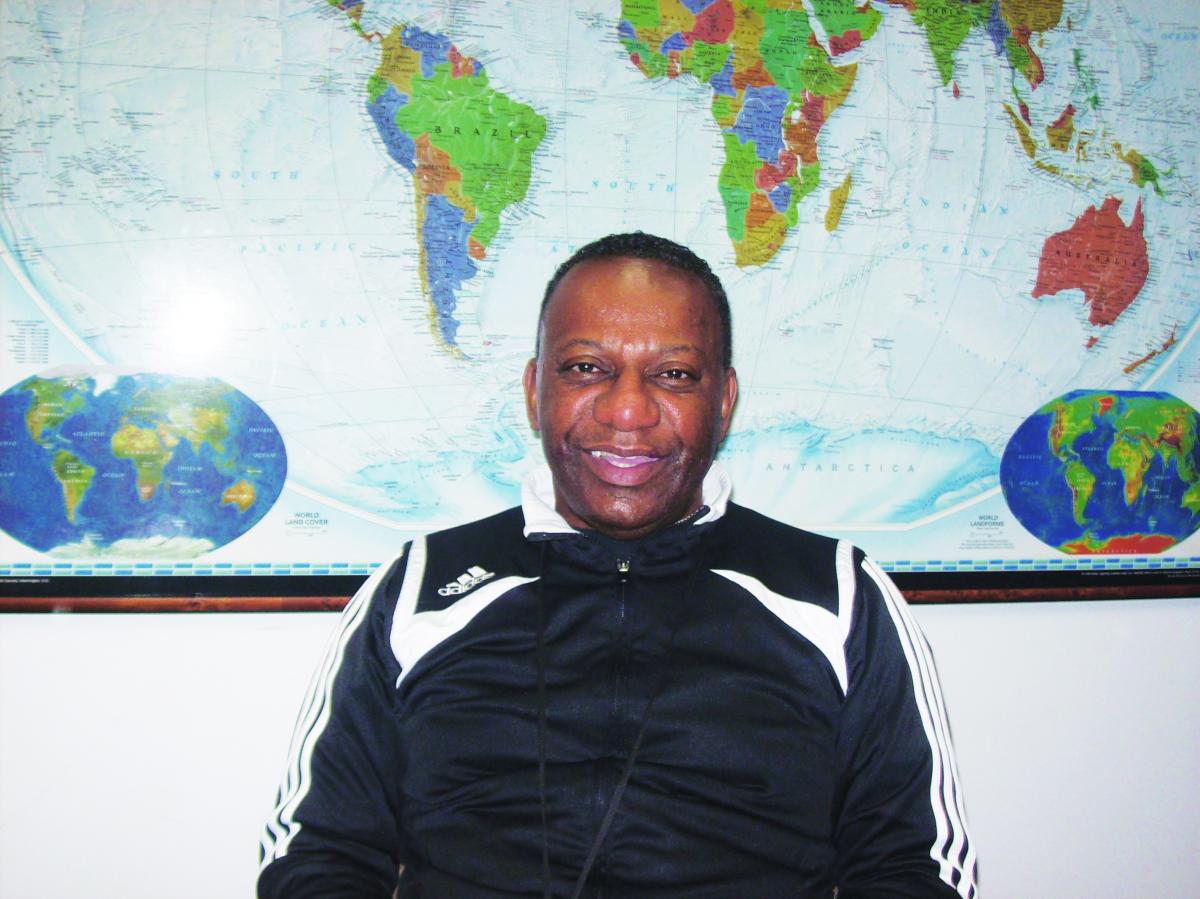 In separate interviews last week, the MSR talked to Brackin and Tyrone Terrill of the St. Paul African American Leadership Council, who was quoted in the Star Tribune article.

Brackin said he and Zgoda both wanted to learn if the Wolves club’s racial makeup was “a concern in the Black community… I still think this was a story worth doing because it is so unique in the NBA. You have to go back to the [Boston] Celtics in the 1980s [to find a team this White].”

“When they called me about it, I said it amazes me in 2012 that [in] a league that’s 80 percent Black…how do you go to look like the 1955 Lakers?” recalled Terrill. “They had Bob Williams and 11 White guys on the team. I said it’s the front office [where] you don’t have anyone Black, and not [had] anyone Black since the team started here in 1989. Billy McKinney was there for a minute. Since then you haven’t had anyone else [Black] to create a balanced conversation.

“They [Wolves officials] can say it is not [about] race,” continued Terrill. “You either have a conscious decision to do it or not to do it. But if the Vikings came out with 50 White players, everyone would notice it.” He added that the Star Tribune article didn’t go far enough in pointing out the Wolves’ poor diversity record, and he had hoped his comments on this would be included in the article as well.

Brackin said he agrees with Terrill: “The [lack of] front-office diversity has been a longstanding problem with that team. That should’ve been a bigger part of the story,” he pointed out. “Nothing’s changed” in regards to the team’s front-office diversity since his arrival almost four years ago, said the assistant sports editor.

“I don’t have any [front-office] positions open” at the present, said Kahn, adding that he supports the NBA’s commitment to diversity on and off the court. “I do believe the NBA as a league is as color blind as [any] association I’ve ever been a part of — whether it’s head coaches, general managers, directors of player personnel, and in some cases, owners.”

Since the article was published, both Brackin and Terrill say that they have received mostly negative feedback.

“I think most people [asked] why were we doing this,” said Brackin. “There were some that totally disagreed with us, some that absolutely didn’t get it. But we did get several emails that thanked us for doing the story. It was a subject they heard talked about at work but always in hushed tones.”

Terrill said he has received “about 15,000 emails on our African American Leadership Council Facebook page [saying] ‘resign’ and I’m a racist — 95 percent of it did not come from Minnesota. I didn’t say that Ricky Rubio can’t play or [Kevin] Love can’t play. Even [Nikola] Pekovic isn’t a bad big man, but it’s the other eight I’m talking about.” His comments also have been discussed on ESPN and in Sports Illustrated among other national media outlets. “I’ve listened to all the so-called debates about it,” Terrill said.

He has been a longtime advocate on diversity. “I remember when I went to the Vikings — the Vikings were the last NFL team that lacked diversity [in its coaching staff]. I didn’t just start doing this.”

Finally, no matter how people felt about it, Terrill believes the diversity issues raised in the Star Tribune article were needed because of their importance. “A lot of Black folk thinks it’s OK and a lot of Black folk don’t care. A lot of times Black folk won’t take a position on race,” he noted.

“I don’t think people should be afraid to discuss race,” said Brackin.