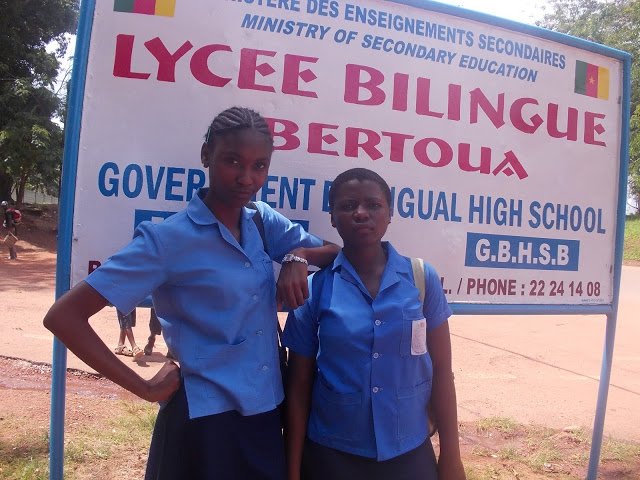 An excited class of Minnesota high schoolers giggle as they pack webcams and digital cameras into a box with care, slipping in handwritten notes before sealing it up and shipping it halfway around the world. Their teacher, Deb Sutor, knows they are taking a gamble by sending more than $1,000 in technology to a developing country – she isn’t even sure the box will arrive. After weeks of waiting, the gamble pays off. The webcams arrive in Bertoua, a small village in Cameroon, and become a bridge connecting students across the Atlantic.

The project is called Classroom Connections. Minnesotan students at Fergus Fall High School Skype with Cameroonian students at Bertoua Bilingual High School, practicing language skills while breaking down cultural barriers. The project is the brainchild of the Minnesota nonprofit Opportunity Africa, an organization that provides scholarships to talented but disadvantaged students in Cameroon. Founded by U.S. students who had studied abroad, this completely volunteer-run organization focuses on micro-development. You won’t find a physical Opportunity Africa headquarters anywhere – instead, board members scattered across the U.S. and Cameroon tele-commute to phone conferences, and interns Skype their bosses.

Buesseler approached Sutor, her former French teacher, with a proposal – to launch a project connecting Sutor’s French class with handpicked Bertoua students. Receiving a $3,000 grant from the Minnesota Education Association, they purchased webcams and digital cameras for Bertoua and bought two iPads for Fergus Falls. When the day came for the first Skype session, Sutor’s class sat nervously as the video call rang. When the Cameroonians picked up, Sutor said it was a magical moment.

“It was difficult to describe,” Sutor told me. “I really felt it was personally and professionally one of the best experiences I’ve had.”

Sutor’s class documented the experience through journal-writing, blog posts, and videos, so Buesseler was also able to witness the bridge created between her hometown and adopted hometown. “When I saw that first video, seeing the kids in Fergus Falls interact with the kids in Cameroon, it literally brought tears to my eyes,” Buesseler said.

Through 45-minute bimonthly Skype sessions, the students became friends as they gave virtual tours of their schools, learned about each other’s families, and even discussed Obama’s reelection and religious traditions. Sutor says students were surprised to see how genuinely caring the Cameroonians were, always asking about the Minnesotans’ health and families. Other teachers wanted in – geography, film, and photography classes all got involved, and a cultural foods teacher even wanted to include Cameroonian cuisine into her class. When Christmas time came, the Minnesotans sang carols and brought in holiday cookies to present over Skype; the Cameroonians turned on music, sang, and danced as a gift to their Minnesotan friends. “They really found different ways of communicating even though they were worlds away,” says Sutor. “They had ways of feeling like they were in the same room.”

Without modern-day technology, the idea would have been impossible. Letters can take up to three months to arrive in Cameroon from the United States, if they arrive at all. Even with Skype, the process posed challenges. The Bertouan students had last-minute power outages. Internet connections were weak.

Despite the glitches, the program changed lives. Sutor believes her students benefited tremendously from Classroom Connections. “It will shape the rest of their lives as they go out into the world,” told me. Sutor herself formed a close bond with Bertoua’s IT Coordinator, who helped plan curriculum and even supported Sutor after her father’s death.

Last spring, the Minnesota Council of Nonprofits recognized Classroom Connections’ success and awarded Opportunity Africa a Dot Org award for “using technology and communications in inspiring, effective, and creative ways.” Buesseler – who didn’t even know that Opportunity Africa had been nominated for the award – received the call on her birthday. “I felt very honored and humbled,” she remembered, “especially given that it’s in its first year – it’s just really incredible!”

Buesseler and Sutor will continue using video calls to push the boundaries of culture and communication as Classroom Connections begins its second year in September. “It’s a pretty simple concept to replicate,” added Buesseler, explaining that the program is self-sustaining and that she would welcome the chance to launch it in other classrooms.

As for Sutor’s students, they enjoyed one last virtual moment with their Cameroonian friends before summer. A package of gifts they sent to Bertoua coincidentally arrived the morning of their last Skype session. Sutor’s class was ecstatic as they watched their pen pals unwrap their gifts on-screen, pulling out watches and jewelry. A Cameroonian student stood up. “Mrs. Sutor,” he addressed her in French, “I just want to thank you for doing this, for making this opportunity possible for students, because what you have done has been so wonderful.”