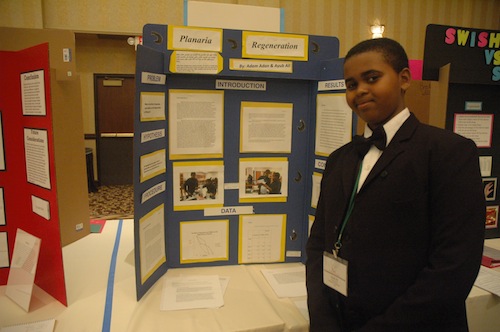 Last summer, Ayub Ali, a seventh grade student at Al-Amal, a private Islamic school in Fridley, was talking to his father, who had been a soldier in his home country of Somalia. His father had been shot in his toe, and had to have it sawed off to get the bullet out, Ali said. Speaking with his father, Ali began thinking — what if human beings could regenerate body parts, similar to the way that planaria, a kind of flatworm, regenerates itself?

Ali embarked on a science experiment, along with his partner, fellow student Adam Adan, from the same school, where they went about studying the flatworms. Their experiment involved looking at the effects of caffeine and aspartame on the speed of regeneration in planaria. Unfortunately, contrary to their hypothesis, the generation speed slowed down in relation to caffeine, Ali said. His conclusion is that in the experiment, the worms overdosed.

Ali was one of over 500 middle and high school students that are competing this week in the 75th Annual Minnesota State Science & Engineering Fair, the oldest state science and engineering fair of all the academies, according to Lise Weegman, director of the fair. Special celebrations include keynote addresses by John S. Najarian, M.D., who was a pioneering surgeon in organ transplants, as well as meteorogist Paul Douglas and Matt T. Scholz, a corporate scientist and inventor of Scotch-Cast, a product of 3M healthcare. There are also numerous activities, including activities provided by the Bakken Museum, the Bell Museum, and other games and social things to do for the students.

The social aspect of the fair is the fun part for Sierra Adrian, Andy Ylitalo, Paimon Pakzad, Thatcher Banh, and Carissa Kloncz. Adrian and Banh both come from Burnsville, but they met the others when they were all at the State Science Fair last year. Part of the draw, said Ylitalo, was that “people understand what you are talking about,” when you come to the science fair.

“People don’t think you are weird,” said Banh, who sometimes gets goaded by other students for spending so much time in the lab.

“People understand how much it means to us,” said Kloncz, whose project this year is called “Revamping the World’s Energy Sources One Crop at a Time: Phase II.” She said it’s also fascinating to see what the other young scientists have come up with, especially those that have continued their research from last year. 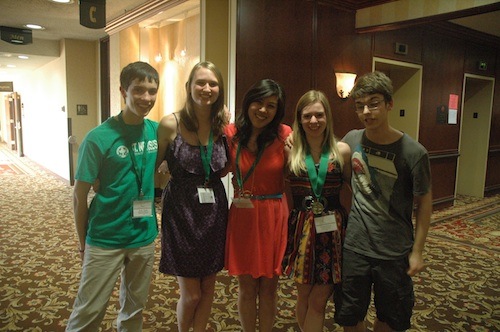 As state science fair veterans, the group of students said they noticed a lot of behavioral science projects this year, as well as many medicine and health projects and environmental projects. Kloncz said that the numerous special awards tend to favor energy and water quality projects. In addition to the awards sponsored by the MN Academy of Science, there are also awards sponsored by the U.S. military, corporations such as 3M, Ecolab, General Mills, and Medtronic, and various institutional awards.

According to Weegman, medicine and health, plant sciences, environemental sciences and physics were the top categories. Finding judges in the popular categories, she said, was a challenge. They need to have higher credentials (such as an M.D. or Ph.D) for the high school competitions, and a bachelor’s or master’s for middle school competitions. They also can’t be a teacher or a parent, because she said, that would be too much of a conflict of interest. 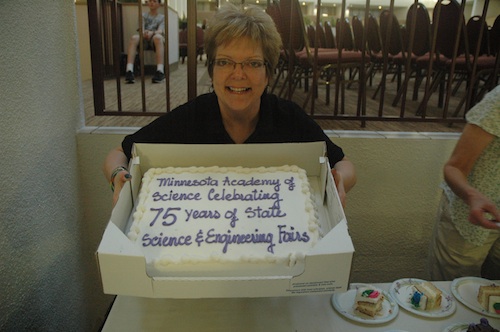 Weegman herself started out as a volunteer, before she became the director five years ago. Her children participated in the fair, and she and her husband became very involved. Her twin sons now have advanced degrees in research, and it all started when they were in school. They did a project on Minnesota wetlands, which gained notoriety in the professional community, and even had the paper they wrote published in a scientific journal.

Weegman said she loves seeing the passion for science and engineering in the young students, especially seeing the “gleam in their eye as they explain their findings to the experts,” she said. 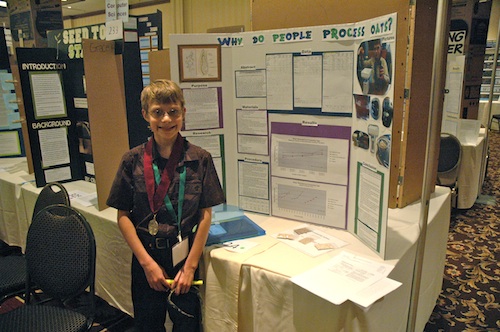 You could see that passion in Andrew Weigel, a seventh grader at Stillwater Jr. High, who thought of his idea when he was eating oatmeal, or Robert Kitaoka, an eighth grader at Friedell Middle School in Rochester, who has taken his passion for sports into his project, discovering the most effective helmet to protect against the impact of a baseball (he originally wanted to test football helmets, but it was too expensive to buy all the helmets for the experiment.) 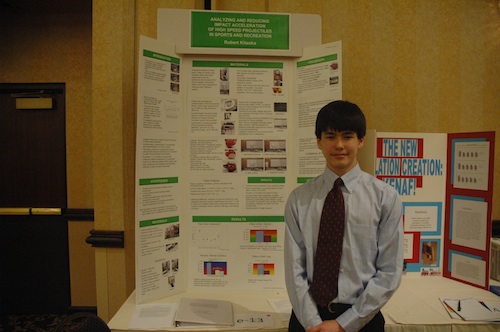 Noted physician John Najarian, who took a stroll through the exhibits on opening day, said the science fair was “one of the most important things we have” to get young people interested in going into science. Science, he said, is all about the study of “normal things around us.” Why is a stone hard? Why is the water wet? These are the questions that each young scientist seek to answer, taking all that has been learned before hand and going forward.

As for Ayub Ali, he’s already got his topic for next year. Jet engines, of course. 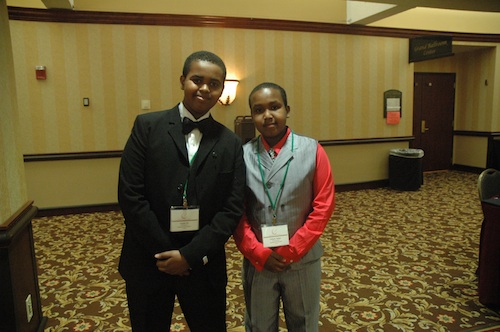