Many memorable events have occurred since the Minnesota State Fair opened in 1859. On June 20, 1910 the first flight in Minnesota history took off from the fairgrounds. Teddy Roosevelt gave his famed “Speak Softly and Carry a Big Stick” speech there in 1901. In 1932, the world’s most productive cow, Lady Pride, was exhibited at the fair. Those were some of the State Fair’s first “Aha” moments.

“The State Fair YouTube Channel will ask visitors questions, see what trends folks are talking about, ask for opinions, and give some ‘sneak peeks,’ so our followers…will feel like insiders,” said Schuette.

Already posted on their Channel is an impromptu dance video titled “Minnesota State Fair ‘Flash Mob’ Street Dance” featuring spontaneous dancing that broke out in the middle of a street at the Minnesota State Fair last year. Another video illustrates a “man on a stick” named Little Seth Godin who takes viewers on a tour of happenings at the State Fair.

Press conferences are posted, including the recent 2010 Minnesota State Fair Commemorative Art Unveiling in front of the J.V. Bailey House on Cosgrove Street, the location of the State Fair Foundation. Jerry Hammer, General Manager of the State Fair, is shown introducing artist Deborah Voyda Rogers. Rogers tells viewers that her 2010 poster is the “mother lode of State Fair architecture” and describes the inspiration behind her work. Links send the Channel’s audience to their Minnesota State Fair Wear site to order t-shirts and merchandise.

“The State Fair is-like many companies-finding social media to be an extremely valuable tool and we are digging in even more,” said Schuette. “Fair fans and viewers on YouTube will get a glimpse ‘behind the curtain,’ if you will, to see what goes on in preparation for the fair, watch events they’ve missed before and during the fair, and get fair questions answered.”

Schuette said there will be a series of Webisodes, in which State Fair officials will answer questions on video. “We can’t guarantee we’ll answer all of them, but we’ll get to as many as we can. The video will be on our YouTube Channel and we’ll also have links to it on Facebook and Twitter,” she said. “We also plan to interview fairgoers, staff, and maybe even some local celebs about their favorite things at the State Fair.”

While the State Fair doesn’t have their own app yet, Schuette said they plan to be mobile phone ready this summer. “Any smart phone user will be able to use our Food Finder, Fun Finder, Merch Search or browse the site in a format that’s friendly for web-capable phones.”

“We find the interaction with our guests on social media sites is priceless,” said Schuette. “We love the very visual and live-action abilities we have when we showcase the fair through video.” 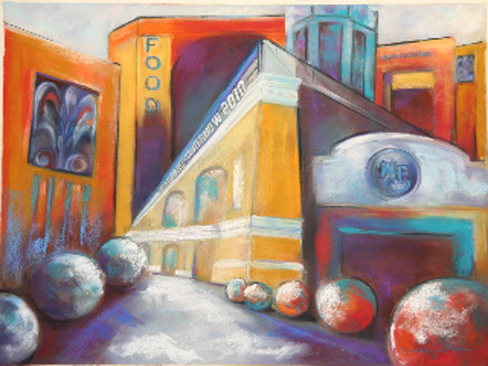