Two Minnesota lawmakers are attending a conference hosted by a controversial corporate nonprofit that critics say allows corporations unrestricted access to state lawmakers, as well as the ability to draft bills without public disclosure. 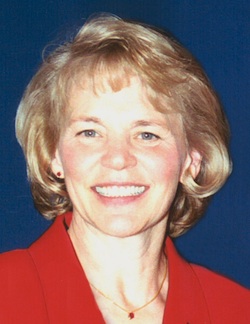 Kiffmeyer told the Minnesota Independent that it’s mostly an opportunity to meet and learn from other state legislators across the country. But critics say that the organization is more like a corporate “bill mill,” which allows corporations to write legislation that is then funneled to state capitols across the country without the public knowing that companies that would benefit had a hand in writing the bills. Some of the bills traced to the group in Minnesota include legislation to loosen greenhouse gas goals and laws that shield food companies from consumer lawsuits.

“Corporations are full members of the organization,” said Mary Bottari of the Center for Media and Democracy, which is based in Madison, Wis., and recently published more than 800 leaked ALEC model bills. “The only two people who can be members of this organization — not citizens — are corporations, corporate representatives, mostly lobbyists, and legislators.”

Corporate ALEC members pay dues ranging from $7,000 to $25,000 annually, as well as a fee to sit as members on the task forces that vote to approve the model legislation, according to documents leaked to the Center for Media and Democracy. Each task force, according to the ALEC website, includes a private sector chair, as well as a legislator as a public sector chair.

“They discuss model legislation, which is often presented by the corporations, then they vote on whether to make it an ALEC model bill,” Bottari told the Minnesota Independent. “So the corporations and the legislators have a vote on this legislation before it’s ever introduced into the public arena via the state legislature.”

Kiffmeyer said that hasn’t been her experience at ALEC. She said the conference included many more nonprofits than companies, and said she hasn’t seen any Minnesota companies present. 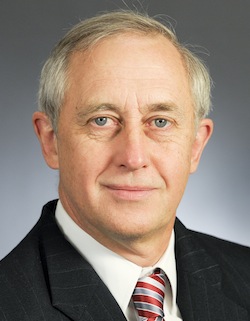 “You can get an idea as a legislator, work up a draft, get some others to join with you, find which of the task forces might be willing to take it or where it fits, then approach the chairs of these task forces,” Kiffmeyer said of the ALEC process. “Sometimes you have a separate workgroup before you get that far, but it’s legislative driven.”

Louisiana state Rep. Noble Ellington, who serves as national chair of ALEC, admitted there’s much corporate influence in ALEC when he told NPR in late July that ”[bills] may start out in the corporation,” although he denied that corporate members vote on final approval of a model bill in task forces.

The corporate influence extends to the state level. As a nonprofit, ALEC must file organizational papers with the government. In its 990 form, ALEC describes a system in which state public sector chairs — in this case Kiffmeyer — are joined by a private sector chair. Minnesota’s private sector co-chair is John Gibbs of Comcast, according to the Center for Media and Democracy.

Kiffmeyer bristles at questions about corporate influence on model bills at ALEC. She said it’s her constitutional right to associate with whomever she wants, and said it would be “anti-American” to exclude any one party.

“You mean I actually talk to people in other states who are legislators. Oh my gosh, what a shock,” she said. “How terrible that I’m serving my district by getting more educated and informed, using my time to do so, and having it portrayed as somehow that’s abnormal.”

Kiffmeyer said she was mostly spending the conference attending forums and meeting other state legislators.

But critics are concerned that ALEC’s structure undermines lobbyist guidelines in states across the country.

“They’ve created this sort of front group to launder traditional lobbying activities,” Battori said. “They say ALEC themselves don’t lobby, but their corporate governing board, 20 of 24 [members] are lobbyists.”

Kiffmeyer said the corporate involvement in ALEC isn’t any different than at other legislative organizations like the National Conference of State Legislatures (NCSL).

But NCSL doesn’t allow corporate members and receives the vast majority of its financing from government appropriations. NCSL also doesn’t write legislation. And NCSL’s leadership includes lawmakers from both parties. In the Center for Media and Democracy’s survey of ALEC public sector leadership, there was only one Democrat included among 104 legislators.

The secrecy around the cozy relationship between corporations and lobbyists at ALEC has raised hackles at organizations from Common Cause, which has asked the IRS investigate the group for under-reporting lobbying, to media, like investigative non-profit Pro Publica and the Los Angeles Times.

“It raises a whole bunch of legitimate questions about the role of legislators going behind closed doors with lobbyists to pound out this type of legislation,” Bottari said. “When we have cookie-cutter tax breaks for big corporations like tobacco and pharma. … Minnesotans have a right to know the origins.”

Are you a member of the legislature or legislative staff with knowledge of ALEC’s doings in Minnesota? Send us an email: jcollins@minnesotaindependent.com.