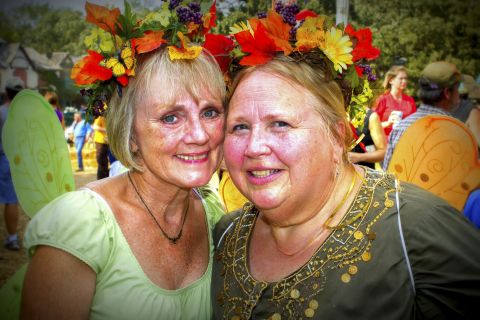 Mary and Susan hail from the Faerie Realm where they report they’ve kept busy, “…doing our job, going from flower to flower, blessing the gardens from Cochran to Winona…" Photos by Linda Lee.

“Why then, can one desire too much of a good thing?” (William Shakespeare, As You Like It)

In my family summer officially ends at the close of the Minnesota Renaissance Festival, which just had its last “huzzah” of 2012. Here’s a little look back at some of the amazing friends who came out to play. 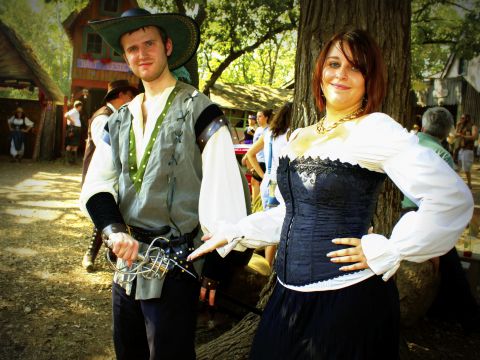 Samantha and Kyle, from the neighboring village of Coon Rapids, are celebrating their five-year anniversary together at the faire! Best Ren story? The year Kyle found an awesome sword in the empty parking lot after closing time! Finder’s keepers… 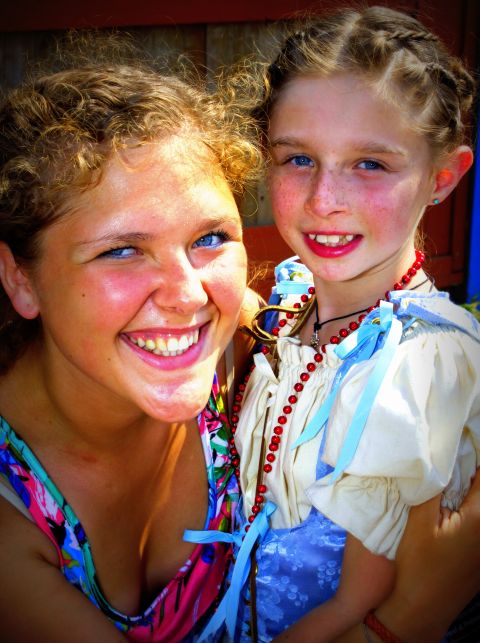 Mommy’s little princess, Kira, says the most exciting news from her kingdom is the arrival of foreign exchange student Alice, from Germany! Kira also seems to fancy my dashing boyfriend, Mr. C, and comments repeatedly on his “awesome” weaponry. (Got to watch those blue-eyed vixens every minute…) 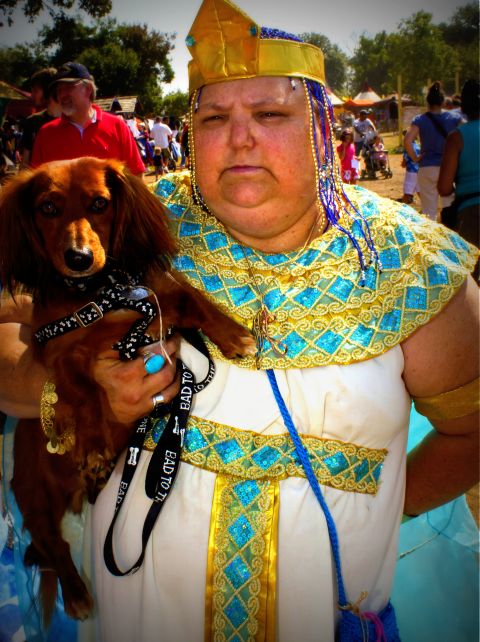 When I ask Betty where she and her “baby,” Bones, reign from, she answers matter-of-factly, “Egypt.” And why shouldn’t Cleopatra be in Tudor England, right? Who are we to judge? Welcome, Queen of Kings! 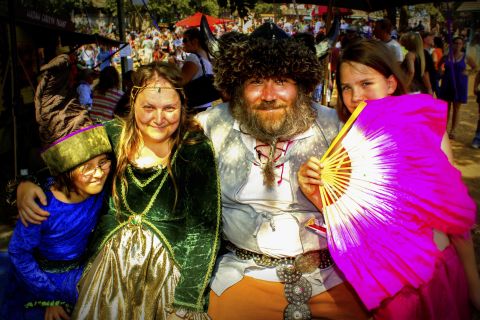 Deborah and Kris, from the Magical Realm of Minneapolis, have faithfully visited the Minnesota Renaissance Festival for the past 30 years! They say their kids, Kaaren and Kaia, would have certainly been born here if their birthdays didn’t fall in May. 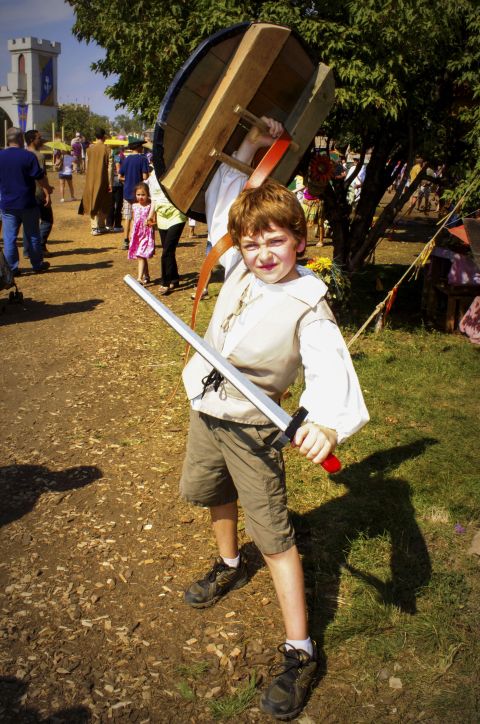 Isaac the Viking strikes a powerful pose, but when I ask him what he usually fights with that sword his father, Dan, replies, “Boredom.” Father and son made Isaac’s amazing shield together out of their backyard fence—well done! 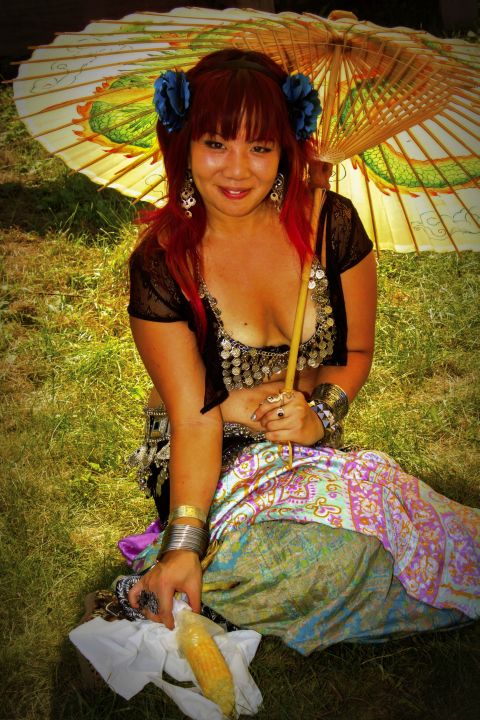 Erika, a performer with Rak Star Fusion Bellydancers, relaxes in between sets with a tasty faire specialty: roasted corn on the cob. When I ask her what’s the best thing about belly dancing she replies, “It’s very empowering for women!” Rak on, Erika! 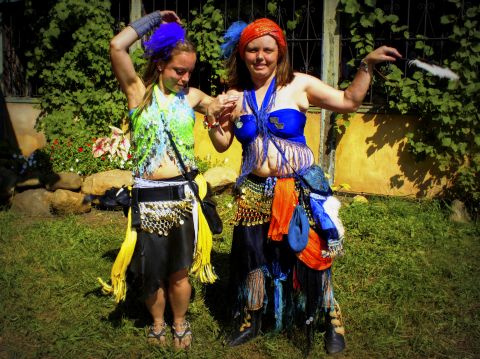 Speaking of empowered women, Tina & Nicolle, have only this to say: “If they ask, we dance!” So, I do and they do! Huzzah! 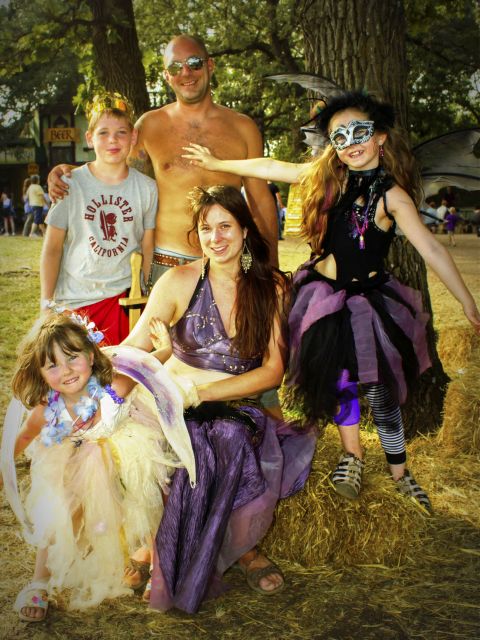 Jeremiah and Leah have their hands full with Kobe, Aurora, and EvaRose. (Or is it the other way around?) The Renaissance Festival stirs Leah’s creativity, as she made all their costumes and also entered the Faerie House Competition! 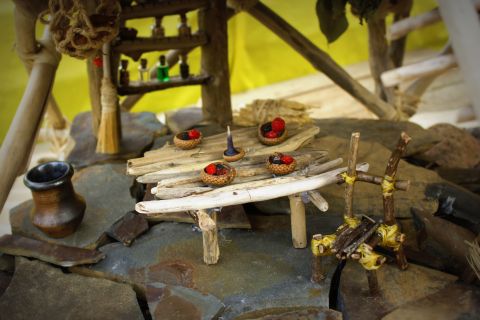 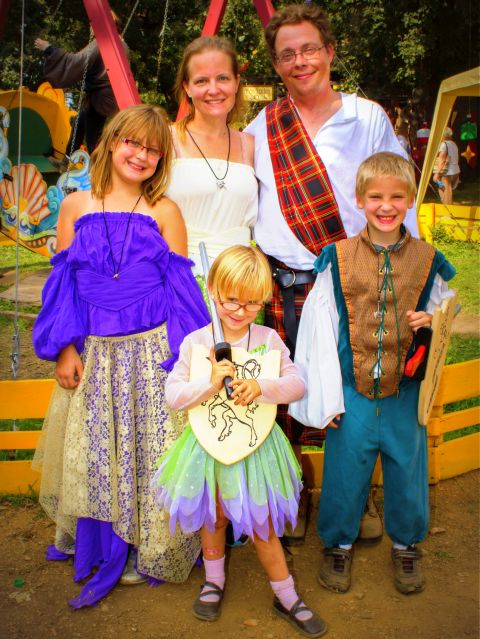 Nathan, Sarah, Hannah, Noah, and Leah, from East St. Paul, are newbies at the Minnesota Renaissance Festival—they jump in with both (all?) feet as the kids report their favorite activity of the day is bungee cord jumping! 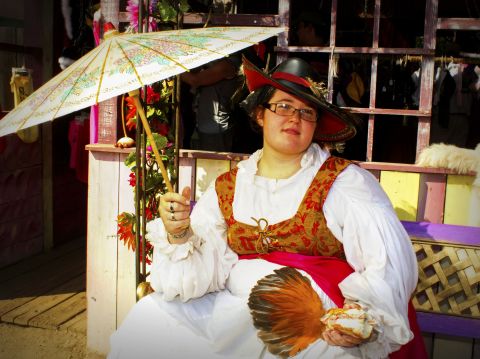 Last but not least: our favorite faire hawker, Marissa, from Castle Canine Creations, shares her best line with us. “The king of the realm has declared naked dogs illegal! Clothe that mutt or go to the stocks!”