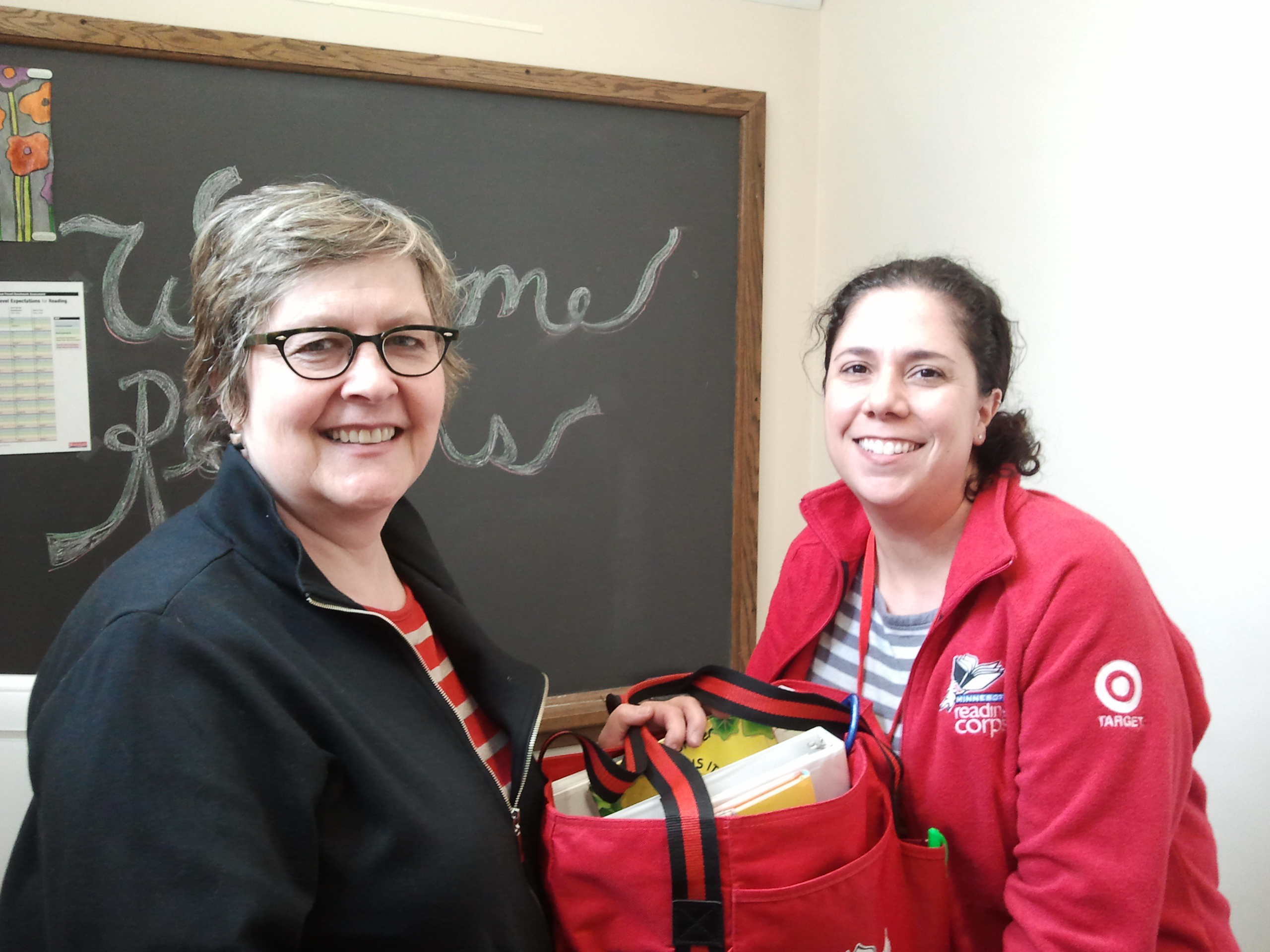 Sara Jochems didn’t know exactly what she wanted to do after she received her master’s in English and Literary Studies from the University of Minnesota Duluth, but she knew she most likely wanted to teach. The problem, she said, was that she didn’t know the age group in which she was interested teaching. So Jochems took a friend’s advice and joined Minnesota Reading Corps (MRC), a statewide Americorps program dedicated to bolstering reading fluency of students pre-kindergarten to 3rd grade.

Jochems is now in her second year with the program, which, according to MRC’s website, now includes more than 750 tutors spread out within 500 different sites throughout the metro and greater Minnesota area — a significant growth from their 2003 launch at just four Head Start agencies.

Full disclosure: Kristoffer Tigue is also a member of Minnesota Reading Corps. He has signed up for a second year, and plans on using the benefits to go back to school for journalism.

For more information on how to apply, visit the MRC website here, or the MMC one here. 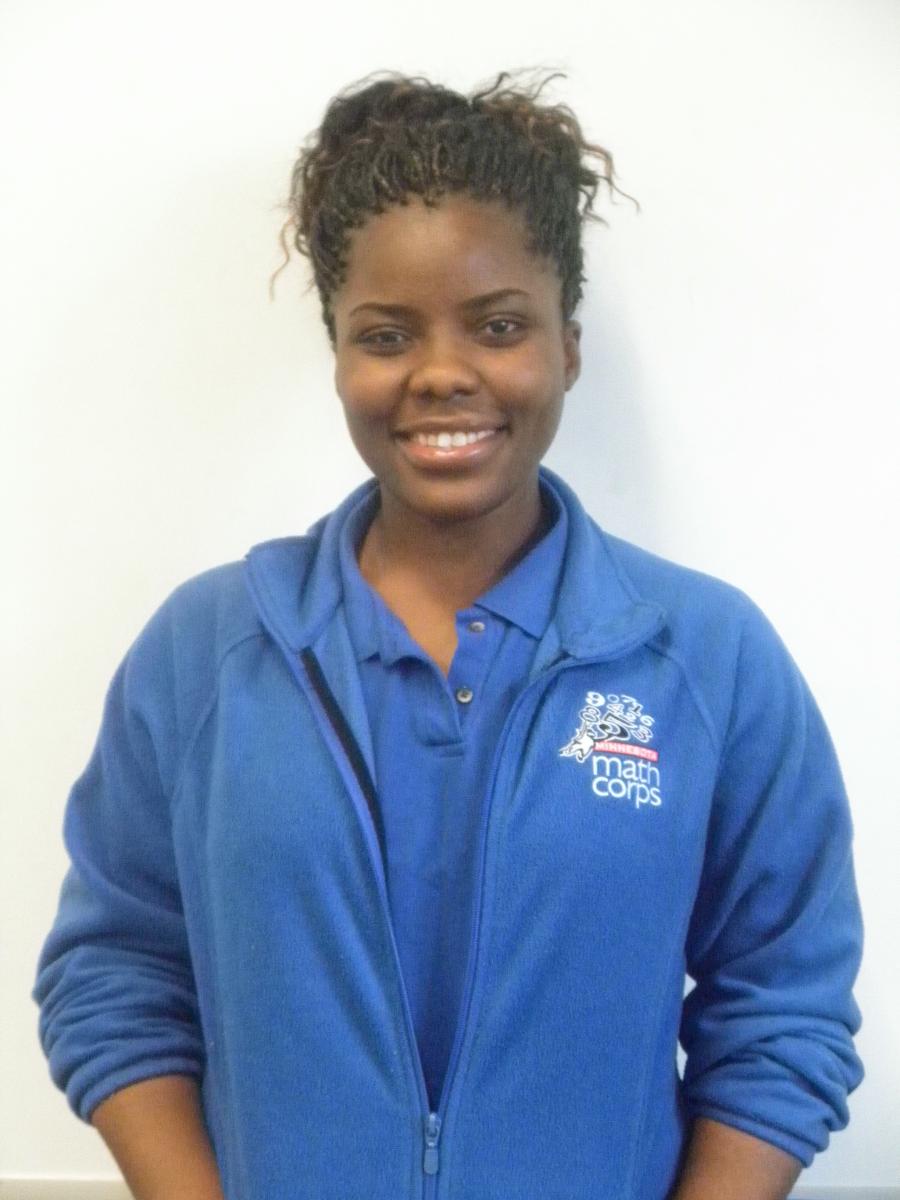 Mary Deputie (pictured here) is serving her first year with Minnesota Math Corps (MMC), Americorps’ math equivalent of MRC, for the same reasons as Jochems. Deputie knew that she wanted to teach but was unsure with which age group. Now both tutors are working toward getting their teaching licenses, a common narrative seen in both programs, according to Anna Peters, Recruitment and Outreach Manager for MRC and MMC.

“It is indeed common for people to join Reading Corps or Math Corps to get their feet wet in the field of education,” wrote Peters in an email to the Twin Cities Daily Planet, “either to ‘try on’ the school environment or find some direction in the field. They may be graduating from college with a liberal arts degree, or they may be thinking about changing careers and have always enjoyed working with children.”

But it’s not just the experience with children that’s convincing these tutors to get their licensure. It’s also a matter of logistics. Besides receiving a bi-weekly living stipend, upon successful completion of a year, a tutor will receive an “education award” of more than $5,000 (more than $2,700 for half time tutors) to either pay off student loans, or help pay for tuition for further schooling.

“The education award is meant to further the AmeriCorps members’ own education, regardless of what direction they want to head in,” wrote Peters. “It’s a nice incentive built into the federal program to encourage individuals to give back to their communities, while building the capacity of our citizens.”

In addition, if a tutor owes any student loans, they can put those loans into forbearance during their service, and MRC or MMC pays the interest.

Members can use the award to not only further their education, but can even choose a new path. For some members, this opportunity provides a chance to change gears on their career — a kind of reset button.

Elena Schaust was a photographer for several years before she decided she wanted to get into education. Schaust had been volunteering at Clara Barton Open School in south Minneapolis for five years, and so she had plenty of time to “feel out” the field. However, landing the Reading Corps position solidified her decision, she said.

“Reading Corps is a really solid and easy choice for me because it’s going to enable me to transfer back to college for education, so I can go and teach,” said Schaust.

Some members are even former school teachers, like Kris Potter, who taught in public school for 13 years. Potter, who works with Schaust at Clara Barton, is now serving her second year with MRC and decided to use the opportunity to renew her teaching license, she said.

However, it’s not all rose-colored glasses. The job comes with its sacrifices as well, and as the two programs push to increase their tutor and site numbers statewide, possible applicants will need to ask themselves a couple vital questions before joining up.

For Jochems, her biggest struggle was the amount of income, which is roughly $800 a month for full-time members and $400 a month part-time.

“I mean, it is a volunteer position. So, we’re on a living stipend,” said Jochems. “So, really having to concentrate on budgeting and making sure that I have enough money every month to pay bills and to take care of myself [is important].”

The program is upfront about this aspect of the job, said Jochems, and they want to make sure you feel comfortable and confident that you can survive off of that kind of money.

“That’s one of the first questions they ask you: could you financially and feasibly survive off this [amount] for 11 months,” said Jochems.

You also need to be prepared for the long hours, said Jochems, and even the chance of losing some of your social life.

Full-time tutors in the program are required to complete a total of 1720 hours of community service, 920 hours for part-time. Over their 11 month service that averages out to just below 40 hours a week. However, with all the breaks and holidays in a school year, tutors often have to make up for the lost hours by volunteering outside of their schools, or by working longer hours at their site.

Jochems spends between 45 to 50 hours a week tutoring at Northrop, volunteering in the community, teaching in after school programs, and all on top of going to school herself.

Schaust, who averages working anywhere from 42 to 46 hours a week, also said she had to make some sacrifices after committing to the program.

“I grew up in a family restaurant, a big Sicilian family. Cooking is my thing. It’s what I do,” said Schaust. “This year, not so much.”

Yet, in the end, Jochems and Schaust both say it’s worth it. Kris Potter said you can’t do it for the money, but rather that you have to go into the position with the heart of a volunteer.

“If it wasn’t worth it, I wouldn’t have applied for a second year,” said Schaust. “It totally is worth it.”