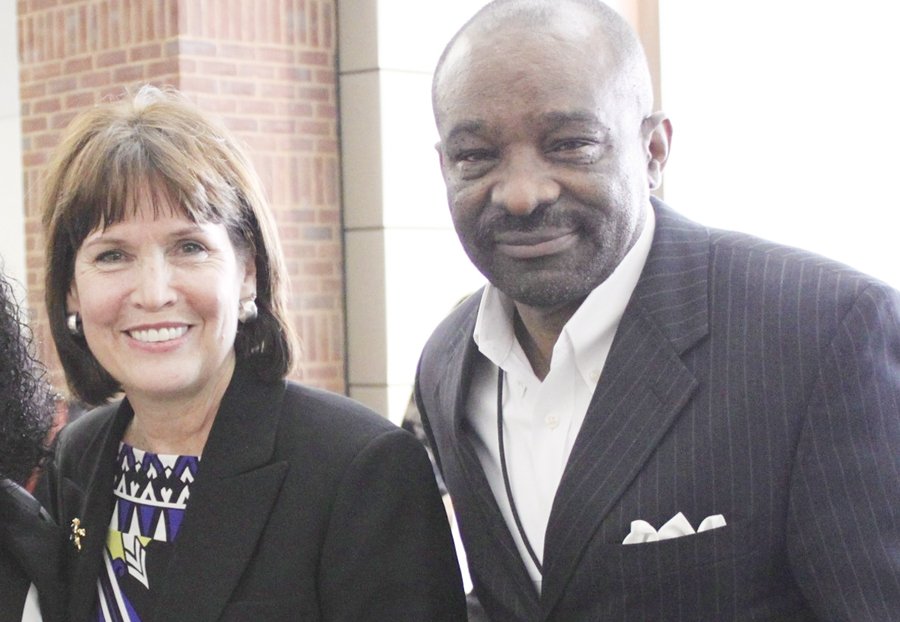 Fifty years ago, in 1964, then-president Lyndon Johnson mobilized the resources of the U.S government to engage in his historic War on Poverty, saying, “The richest nation on earth can afford to win it. We cannot afford to lose it.”

Fifty years later, although there were some victories in the effort to end poverty, obviously much work remains before victory may be declared. To that end, on May 1 a coalition of Minnesota organizations banded together for the Minnesota Poverty Call to Action. The group was hosted by the Minnesota Community Action Partnership. Community Action Agencies were themselves created by a War on Poverty program.

Between several “call to action” speeches, the event also featured “breakout sessions” where conference attendees were able to view presentations by community leaders. Breakout session topics included “Disparities in poverty”; “Gender”; “Age”; “Half in Ten — The Campaign to Cut Poverty in Half in Ten Years”; and “A Minnesota Without Poverty — A Statewide Movement to End Poverty in Minnesota by 2020.”

Keynote speaker Betty McCollum used her time to excoriate Republicans in Congress for their policies and efforts that serve the wealthy and the privileged at the expense of those on the bottom of the economic ladder. Congresswoman McCollum declared, “The war on poverty has turned into a war on the poor.”

We were unable to obtain comment from Rep. McCollum at the conference, but we did receive a statement from her office, which read, in part:

The statement also included a call to action for Minnesota residents who, McCollum said, “…Must be advocates for anti-poverty programs and make sure that their elected officials know that they support a strong social safety net. We need to empower all Americans to be active participants in the political process so that they can stand up, speak out, and hold politicians accountable for their views on the poor and their votes on anti-poverty programs.”

Clarence Hightower told the Spokesman-Recorder, “Fifty years ago, President Johnson declared a War on Poverty. Folks debate whether it was successful or not; I argue that it was absolutely successful. But today, probably 15 different agencies got together and thought that we would come here today and not only celebrate the victories that have been shared over the last 50 years, but pledge to recommit ourselves to the fight against poverty for the next 50 years.

“Today we have 366 people that registered to be at this conference with the idea that they’re going to be in this fight as long as it takes.”

When asked what their future plans include, Hightower said, “What we’re going to do is have people here sign up for whatever campaign they want to work on. There’s campaigns to end hunger, to cut poverty in half by 2020. There’s several different campaigns that folks can say, ‘This is how I want to make my contribution.’ They will make that individual choice and hopefully provide their individual efforts for the next 10, 15, 20 years.

“We’re mindful that poverty does not have color,” Hightower continued. “Poverty impacts all of us, so it’s all of our fight, and as a community we would be remiss if people of color did not jump in this fight. The fight is open to all of us, and I invite people of color from all over the state of Minnesota to help in this fight and help us with this.”

Hightower concluded by saying, “I think the fact that some would like to discourage the efforts over the last 50 years is one mistake. I salute the effort, because what we cannot measure is what did not happen. But it’s a fact that there’s a whole bunch of folks that are not in poverty today that would have been in poverty if there was not this War on Poverty.”

For information on how to get involved, visit www.mnpoverty14.com.